As Sunshine Week dawns to shed light on the darkness shrouding the inner workings of government at all levels, the forecast is a little murky in the State House this week.

The state’s right-to-know law lacks real teeth when it matters, and instead devises remedies after a violation occurred.

Lawmakers have had a love/hate relationship with the law, often exempting themselves from its reach, while expecting a higher standard from local public officials.

In recent years, lawmakers have grappled with what some agencies, boards and communities charge to access public records, although just how public is subjective.

It took lawmakers several sessions to finally pass a law that said most public records should be able to be inspected free of charge with few exceptions.

The hang-up was “fishing expeditions” when someone requests a massive amount of information with no specific event or subject in mind.

Requests such as all emails among alderman for a period of time do take time to gather and organize, and the question is whether taxpayers or the person making the request sound should pay the tab.

The Attorney General’s Office has been inundated by these kinds of requests at times and attorneys general of both parties have complained of the staff time and costs involved and how it impacts the office’s other statutory duties.

Those broader issues are not the issue this week when the House is scheduled to vote on two bills dealing with the cost of right-to-know requests.

House Bill 1788 seeks to standardize copy costs that vary as wildly as property tax rates around the state.

The current version of the bill would set the maximum cost of copies at 10 cents per page, but allows other fees such as record retrieval time.

Provisions in the bill exempt the registrar of deeds, who objected to the bill, allowing them to set their own posted price for copying deeds and related documents. While many counties allow access to those records through internet portals, some like Merrimack County do not. A person needs to go the registrar’s office to obtain copies and pay the posted price.

The House Judiciary Committee voted 11-7 to recommend the House pass the bill.

The committee did not recommend House Bill 1789 go forward saying it was too expansive.

The bill would have prevented public officials from charging for electronic records obtained via email, a thumb drive or over the internet.

The committee split 9-8 in recommending the bill be killed.

Rep. Timothy Horrigan, D-Durham, writing for the majority said, providing electronic records often is costly and the committee was concerned some agencies that currently charge a fee would be “disrupted.”

But Rep. Jason Janvrin, R-Seabrook, writing for the minority said the bill would provide easier access to governmental records in the spirit of the right-to-know law.

Another very close Judiciary Committee vote calls for additional information in the minutes of all meetings including closed-door deliberative sessions.

Writing for the majority, Janvrin said the bill does not require a manuscript but a brief summary.

But if a person is unable to appear during regular hours and requests an accommodation, Senate Bill 395 would require the public body or agency to “make a reasonable effort to accommodate the request,” but at no additional cost to the agency or body.

Under the bill the agency could make the records available at an alternative time and place, or with certain guidelines post the records electronically.

However, an agency would not be required to post or provide the records electronically unless it is feasible to do so, under the bill.

The Senate Public and Municipal Affairs Committee voted 4-0 to recommend the bill be approved by the Senate which will vote on the bill Thursday. The session begins at 10 a.m. in Senate Chambers at the State House.

The House votes on its three bills Thursday as well. The House session begins at 9:30 a.m. in Representatives Hall.

Senate Bill 555, which establishes  procedures to streamline the resolution of complaints under RSA 91-A, has been voted ought to pass with amendment in committee and is awaiting a Senate vote. The bill establishes the citizens’ right-to-know appeals commission and the  office of the right-to-know ombudsman.  This bill also establishes an alternative process to resolve right-to-know complaints.

House and Senate committees must decide this week what recommendations they will make on their remaining bills with the House and Senate scheduled to vote by March 22 to meet the crossover deadline.

Committees will have to decide some key pieces of legislation by the end of the day Thursday.

The House Finance Committee has several bills that garnered attention including Senate Bill 193 which would provide low-income parents 95 percent of the average per pupil state aid grant — about $3,500 — to use for private or charter school tuition for their student, or for home schooling costs, while the school district would receive a one-time $1,500 grant to address the lost state money.

The committee limited the number of scholarships available and how many could be used per school district, but did away with a stabilization fund to help districts losing students.

The state’s largest cities — Manchester, Nashua and Concord — would be expected to lose the most students according to a Legislative Budget Assistant review due to the number of alternatives available.

The controversial bill sailed through the Senate on a party line vote and initially passed the House in a similar fashion. But public school officials oppose the plan saying it would reduce state aid harming existing programs such as special education and English-as-a-second language.

But supporters say it would allow parents to find the “best fit” for their students and bring competition to the system.

Another bill the House Finance Committee must vote on this week would establish a family and medical leave insurance program.

Under House Bill 628, employees would contribute 0.5 percent of wages and receive 60 percent of average wages for 12 weeks. The minimum benefit would be $125 a week.

However employees could opt out of the program.

Democrats have proposed an amendment to up contributions to 0.67 percent of wages and reduce benefits to six weeks to address concerns about the opt-out provision.

The House Finance Committee meets at 10 a.m. Wednesday in Rooms 210-211 to decide on its recommendations.

The House will vote on the bills next week. 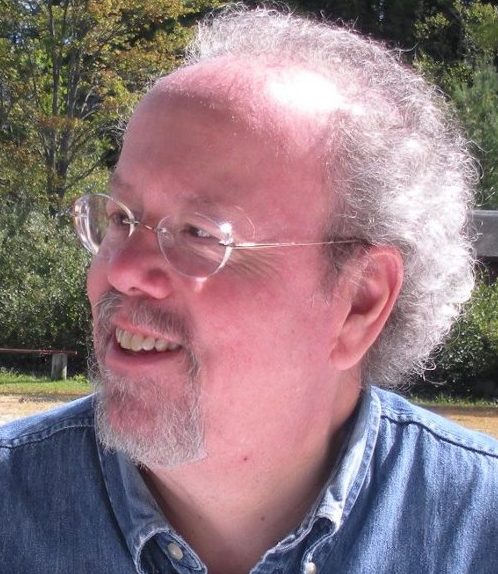