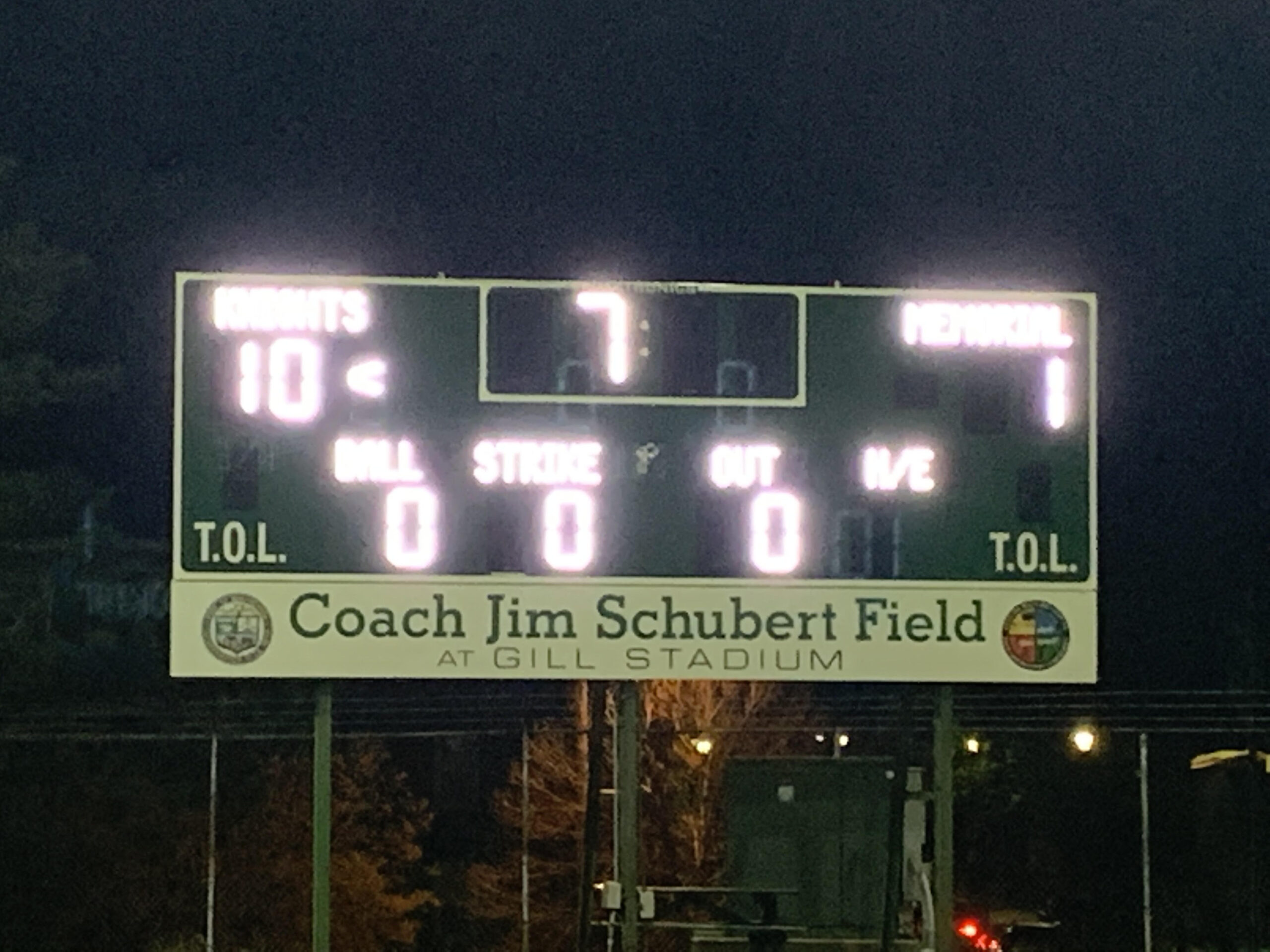 MANCHESTER, NH – Manchester Memorial has a proud baseball legacy, with seven state championships and 11 state final appearances. But if those accomplishments were to be studied as part of the high school curriculum, they would have to be included in a class on “ancient history.”

The Crusaders have reached the state final just twice since 1985, winning it all in 1998 and 2006. The championship drought is even worse for Manchester’s other public schools, with Central’s last state title coming in 2000 and West’s coming in 1990. West’s program would take a gut punch in 2007 when Bedford seceded, taking its nationally recognized youth baseball program with it. 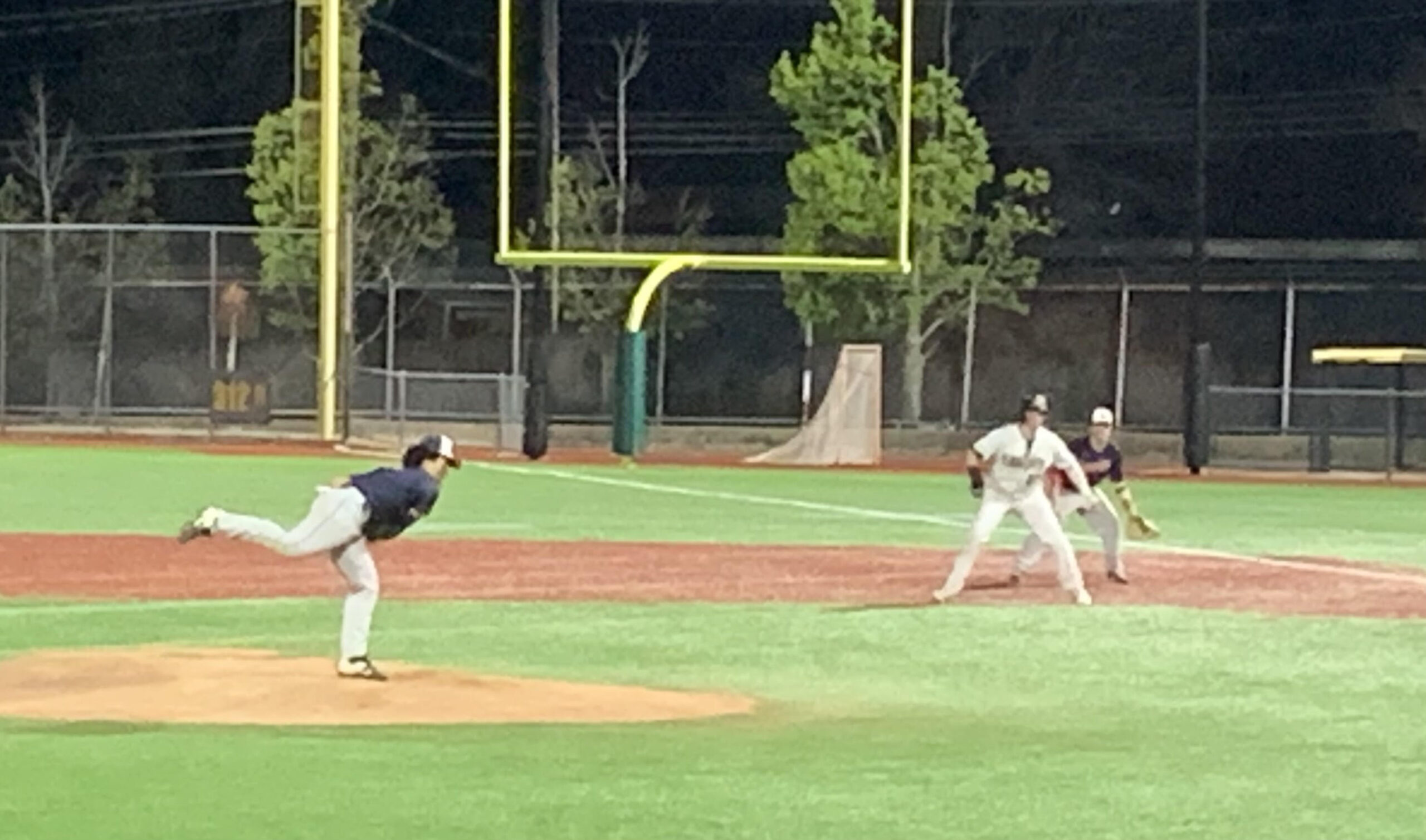 Ultimately, dwindling participation on the high school and feeder system level forced Central and West to form a co-op team for the 2022 season (The Knights).

With the future of baseball in the Queen City at a tipping point, Central-West co-coaches Dan Colburn and Ernie Yerrington have done much more than maintain the status quo. They’ve taken proactive steps designed to re-ignite interest in baseball in Manchester and rebuild the high school programs from the ground up. They’ve reached out to the youth programs and, earlier this spring, hosted a one-day clinic with many of the Knights serving as instructors.

Friday night, Colburn and Yerrington used Central/West’s city rivalry game against Memorial at Gill  Stadium as a means of bridging the generations of Manchester baseball. More than 100 baseball alumni from the three city schools were invited to attend the game and be recognized for their contributions to baseball in Manchester. Close to 30 former players were able to attend the event. 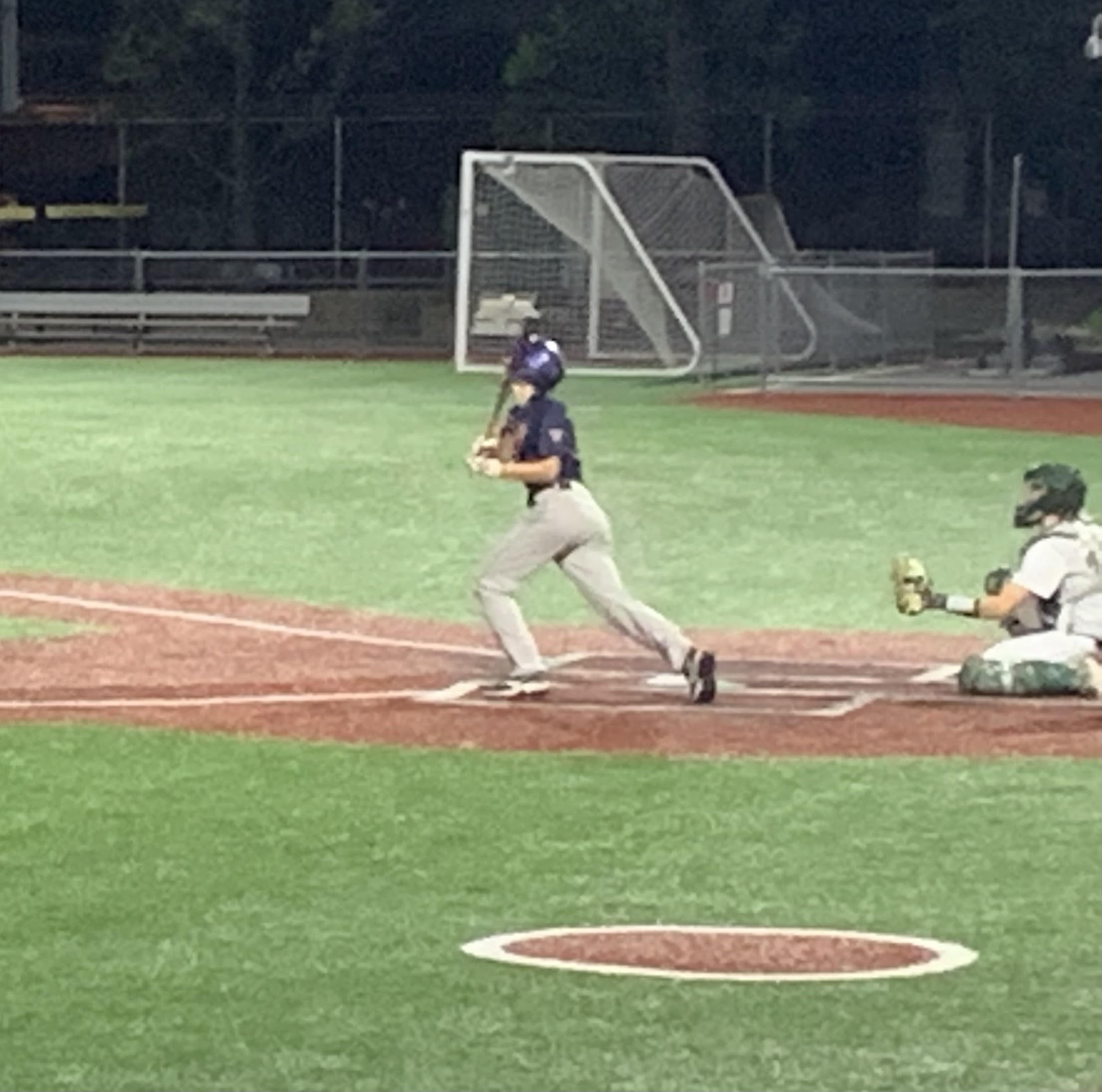 “We’re trying to give (Manchester) baseball a shot in the arm,” said Yerrington. “Numbers have been down a little and I think that may be true all around. But we are doing what we can to get those numbers back up to where we would like to see them.”

Among those who didn’t need to be invited were the members of the Memorial coaching staff, all of whom are Crusaders’ alumni.

“This was good. It was nice to get the whole city together for a rivalry game,” said Memorial assistant Coach Brendan Sullivan. “Getting all the Manchester kids together, Central, Memorial, West, both present and past. It’s a good event.”

As for the game, itself, it was all Central-West. The Knights cruised to a 10-1 win, improving to 6-4 on the season. One of those losses, to Dover, is presently under protest. 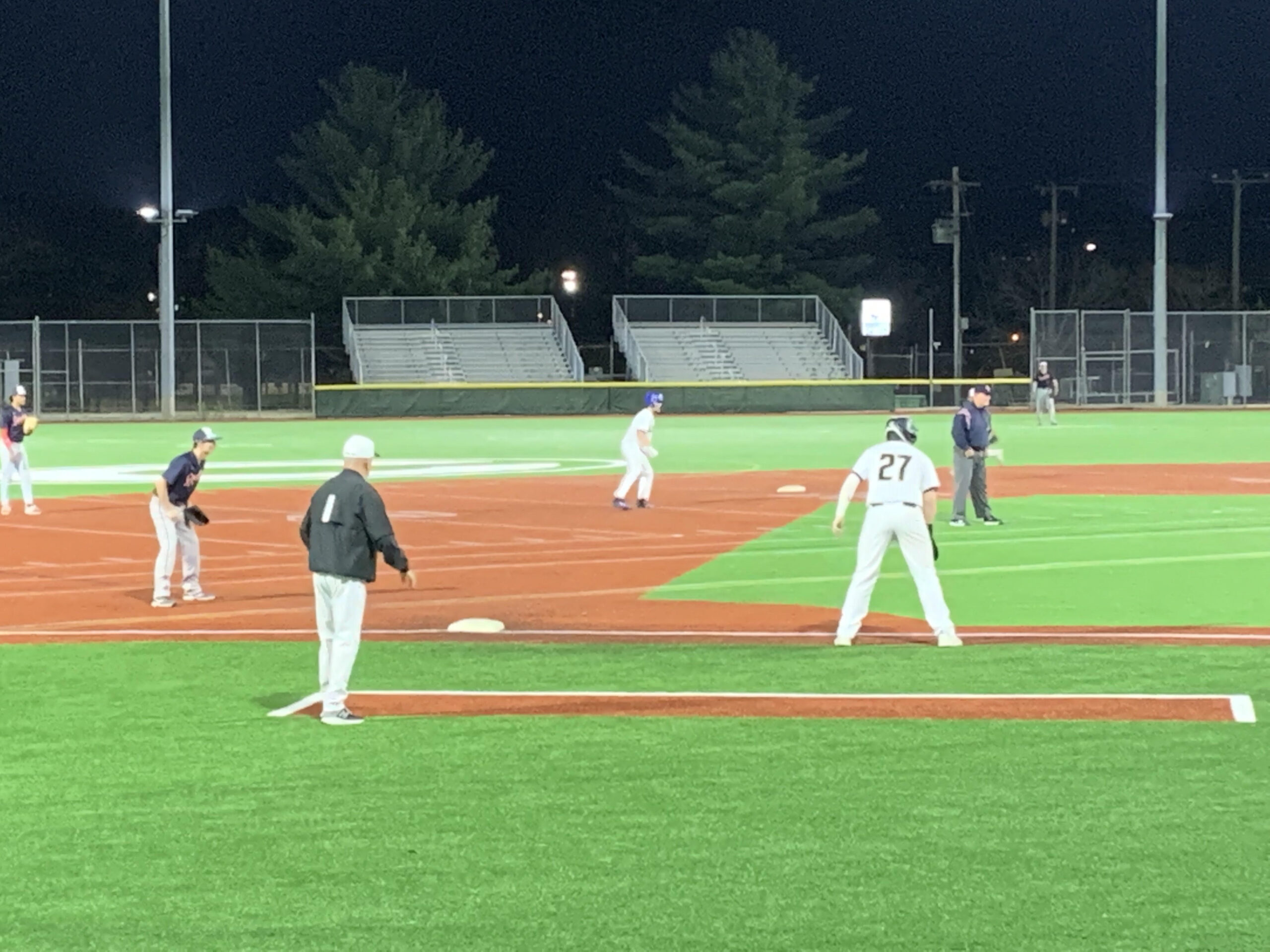 Griffin Logue turned in another fine performance on the mound to earn the win. He allowed just three hits and struck out five before tiring in the sixth.

“Tonight was all-around. Good pitching, good defense, the bats came through, the baserunning was there” said Yerrington. “Every phase of the game, I think we did very well tonight.” 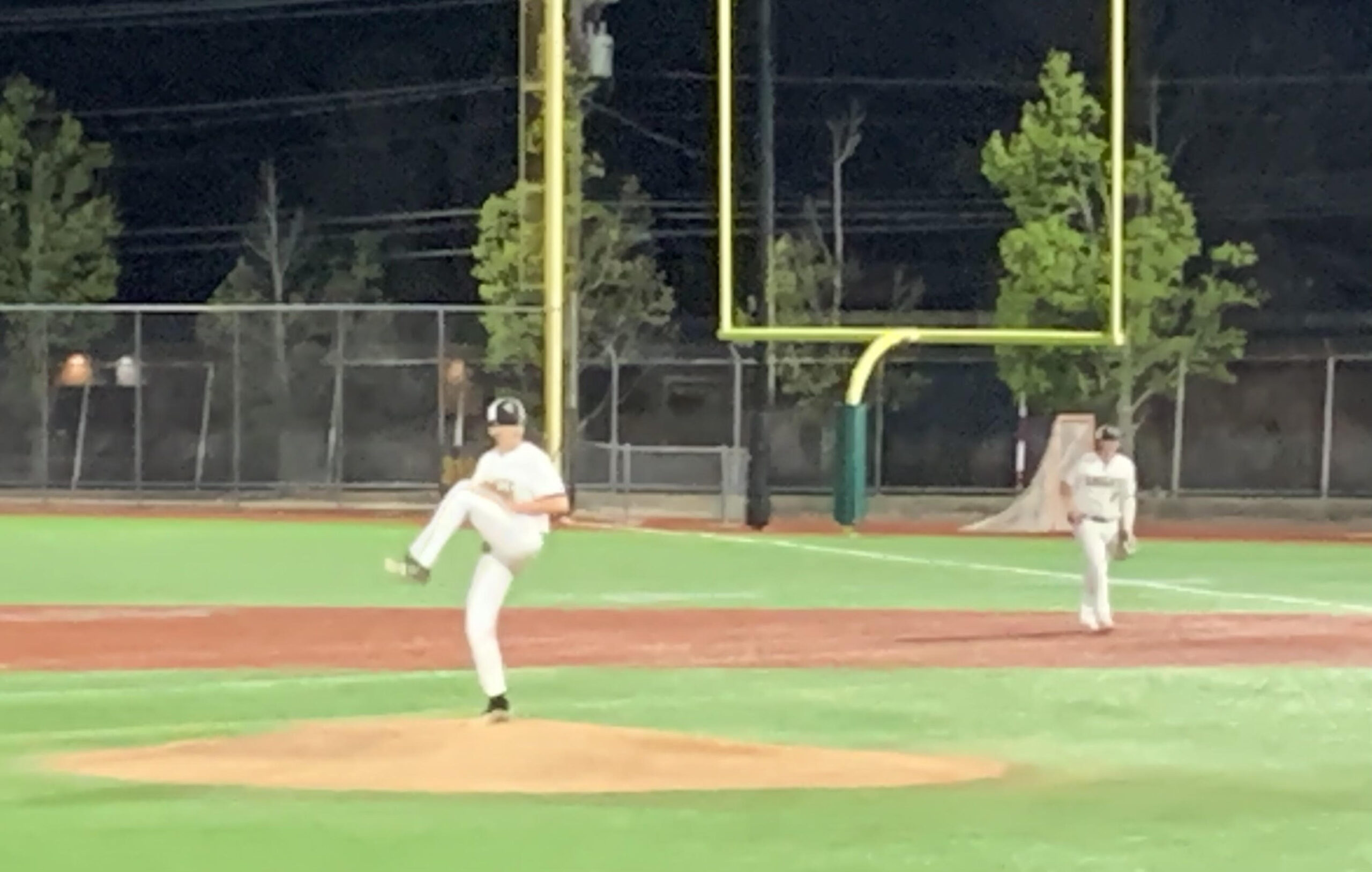 The Knights jumped in front for good in the home half of the second inning, batting around to score four runs off Memorial starter Tyler Beleski. They blew the game open with three in the fifth and three more in the sixth.

Memorial (3-7) had multiple scoring chances but couldn’t come up with the big hit when needed. Down 4-0, the Crusaders threatened in the top of the fourth, when Xander Rivera ripped a two-out triple and Beleski was hit by a pitch. But Logue induced a ground ball out to get out of the jam.

Memorial’s only run came in the top of the 6th, when Manny Castro led off with a walk and later came around to score on a bases-loaded walk to Beleski. But a pickoff at second base and consecutive strikeouts prevented the Crusaders from doing further damage. 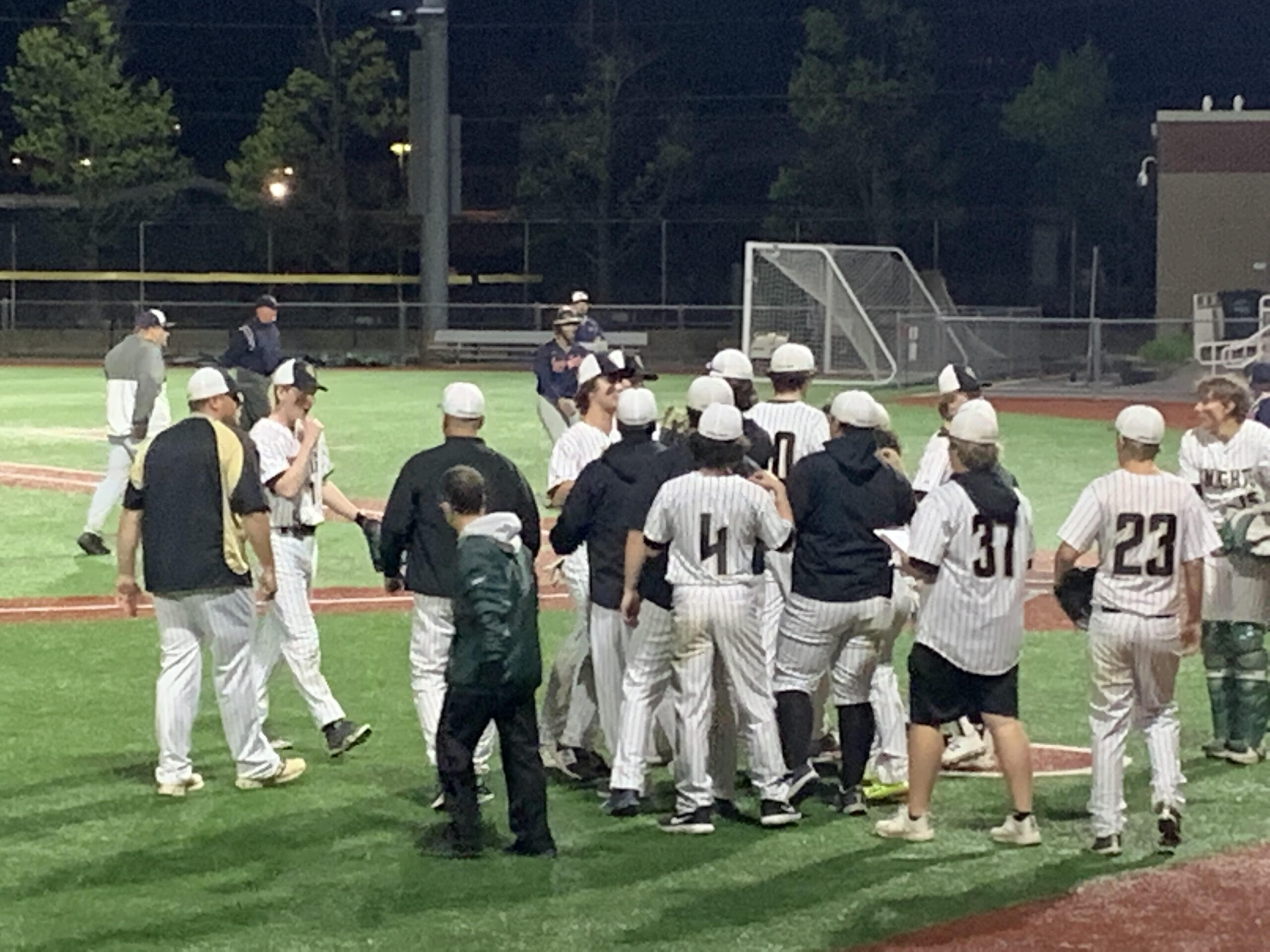 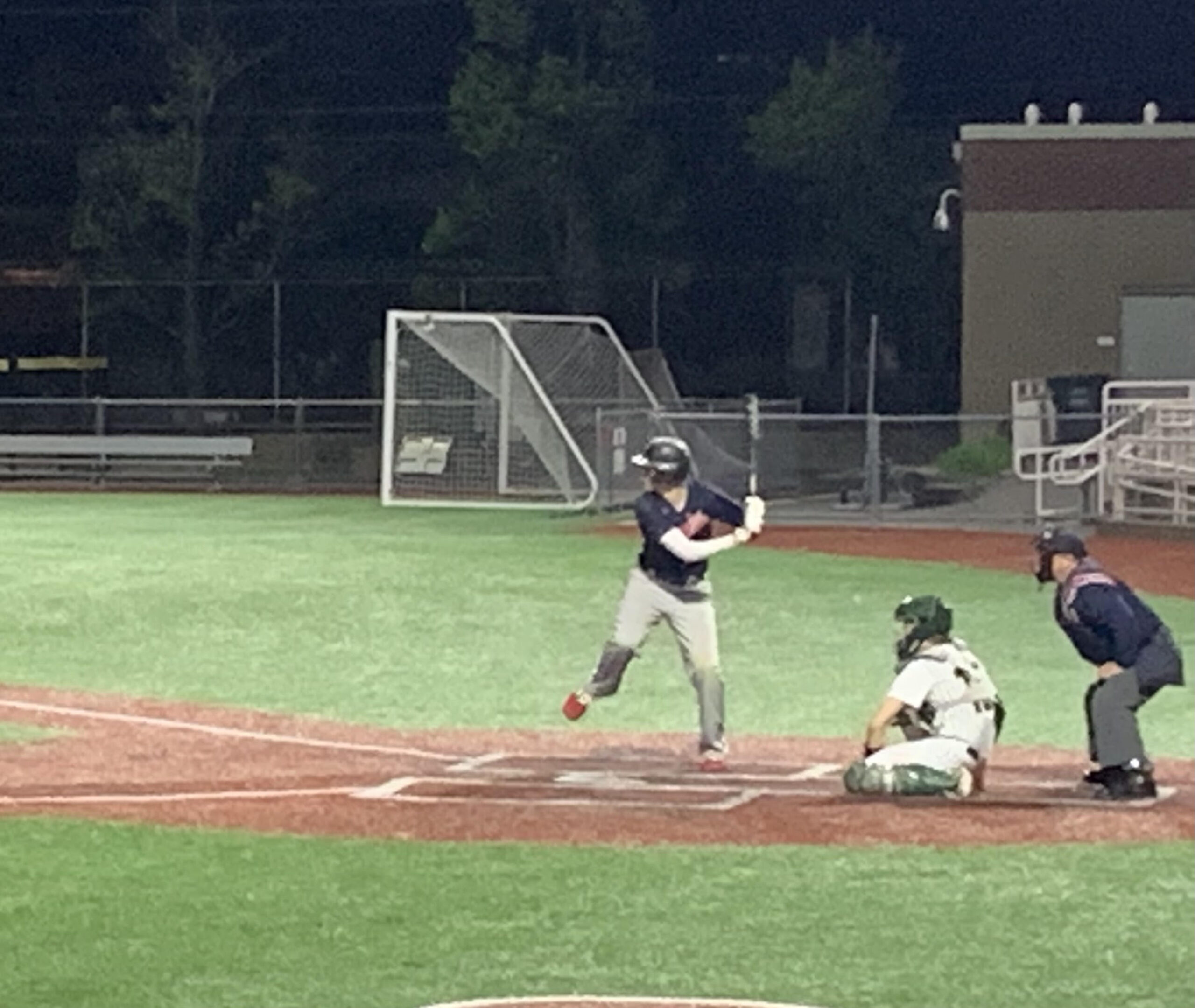