KEENE, NH – A Keene woman who peddles conspiracy theories about the COVID-9 pandemic as well as a secret cabal of pedophile elites who control the country is suing Google and Twitter for blocking her message.

Natasha DeLima, of Roxbury Street in Keene, has filed a federal lawsuit in the United States District Court in Concord against the tech companies claiming, among other things, that the companies have stopped her from posting videos on Youtube, and that the company employees are stalking her online. She also claims Google is harming her financially by “demonetizing” her videos.

“Google has blacklisted the Plaintiff, denies her lawful earnings,” DeLima wrote in her complaint.

DeLima claimed to be earning around $1,200 a month through advertising programs on Youtube for her video before the company took away her earning potential. Google takes away the ability for some video producers to earn advertising money when they veer into conspiracies or other controversial and unsubstantiated topics.

A big booster for President Donald Trump, she also ascribes to many of the QAnon theories about the world being controlled by pedophiles in the Royal family, the American Political elite, and prominent Jewish families. DeLima claims on a 46-minute video that while she agrees with the Q movement, she is not a member.

DeLima’s videos include accusations that John Roberts, Chief Justice of the United States Supreme Court, is a pedophile associate of convicted child abuser Jeffrey Epstein, as well as false theories about Dr. Anthony Fauci, the director of the NIAID here he oversees research to prevent, diagnose, and treat established infectious diseases. Fauci is a frequent target of ire among Q adherents and, recently, Trump himself.

DeLima did not respond to messages left on two phone numbers associated with her.

This is not the first time she has sued the tech giants according to court records. A case she brought two years ago was dismissed, and her attempt to bring it to the United States Supreme Court also failed, according to a motion filed by Jonathan Eck, of Orr and Reno, representing the tech companies. Eck states that DeLima’s lawsuit is not supported by facts.

In 2014, DeLima was court-ordered to undergo a mental health evaluation by a Massachusetts judge after she allegedly tried to kidnap her then neighbor’s children according to an article in the Metrowest Daily News. The article states DeLima told police that  “she has been receiving messages from God, Oprah Winfrey and a spiritual healer named ‘Yuma,’ non-stop for the past few days.”

If you or a loved one are struggling with mental health issues contact Manchester Community Mental Health Center. For emergencies, call the Mobile Crisis Response team at 1-800-688-3544. 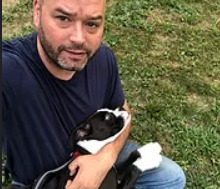