MANCHESTER, NH – Local author and attorney Michael Davidow will appear in person as a guest speaker during the Dec. 15 Temple Israel Book Club to be held at Temple Israel synagogue at 7 p.m.

Davidow will discuss his latest book, “.” The conversation will continue after, over coffee and desserts.

Quoting parts of Monica West’s review from InDepthNH.org, “The Hunter of Talyashevka is a most interesting read.  It is basically a story of the history of the Jewish faith within the confines of Russia in 1926.  Author Michael Davidow draws on his very considerable knowledge of history and religion to tell the story of the Jews in Russia at that time and an American journalist who travels to Kiev in search of film locations.” 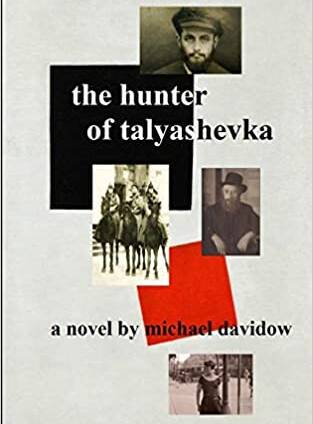 Davidow was born in Boston and raised in Manchester. He graduated from Johns Hopkins University and University of Michigan School of Law. After working in both Boston and Washington, D.C., he returned to New Hampshire, where he practices criminal defense. He and his wife, Catherine, have a son.

The temple is located at 66 Salmon St. in Manchester.

Please note: Temple Israel’s COVID-19 protocol requires mandatory mask-wearing and checking your temperature at the door. Thank you in advance for following our procedures.

Davidow is also the author of Gate City, Split Thirty, and The Rocketdyne Commission, three novels about politics and advertising which, taken together, form The Henry Bell Project,  The Book of Order, and his most recent book, The Hunter of Talyashevka  are all available on Amazon and Barnes and Noble.