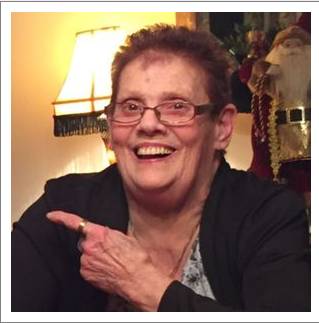 NEW BOSTON, NH – Jeanne (Groux) Poisson, 73, of New Boston, passed away peacefully on May 23. She was born on August 22, 1943 to the late Roland and Janette Groux. Jeanne was the wife of the late Roger Poisson, married for 50 years.

She graduated from Manchester West, and started her career as a Nurses Aid at the VA, taking care of wounded Veteran’s. After retirement she enjoyed her time being a chicken farmer.

Some of her favorite hobbies were baking for her family and gardening. She protected her children and opened her doors to their friends. Jeanne’s children and grandchildren were the light of her life. She will be remembered as caring, loving, and sweeter than her homemade pie. Her vibrant purple hair spoke volumes on her bubbly personality.

“She was poetry in a world that was still learning the alphabet.”

“Loving and losing; different by only one letter, and a million degrees of pain.”

Jeanne was predeceased by her loving husband, Roger Poisson, and her brother, Roland Groux.

SERVICES: A memorial service will be held at Phaneuf Funeral Home and Crematorium, located at 243 Hanover St.. Manchester, NH on Thursday May 25, 2017 from 4-5 p.m., with a gathering to follow from 5-6 p.m. Family and friends are invited to attend.