Judge Charles Temple ruled Friday in Hillsborough County Superior Court South that “Jane Doe” can begin collecting her $560 million Powerball winnings while he decides whether she can remain anonymous. Jane Doe’s arguments for anonymity and the attorney general’s arguments on behalf of the Lottery Commission can be found here.

“Jane Doe” is getting her $560 million Powerball prize from the New Hampshire Lottery – and the rest of us might end up paying a huge price when it comes to government transparency.

It may not matter how the Superior Court rules on Doe’s claim that she is entitled to prevent the Lottery Commission from revealing her real name. Transparency seems likely to suffer a critical blow.

The reason is that the Attorney General, representing the Lottery Commission, failed to argue that New Hampshire’s Right-to-Know Law is a disclosure statute and not a privacy statute.

This is a well-established principle under the sunshine law that applies to federal agencies – the Freedom of Information Act (FOIA).  The U.S. Supreme Court decided in 1979 that there’s no such thing as a “reverse FOIA”  cause of action.  In other words, you can’t sue an agency under the federal sunshine law to force the agency to keep information confidential.

Unfortunately, there’s no such opinion of the New Hampshire Supreme Court, which is the final authority when it comes to interpreting our state’s Right-to-Know Law.  Even more unfortunately, when Jane Doe stepped forward to pursue her New Hampshire equivalent of a reverse-FOIA lawsuit, the Attorney General did not move to dismiss on this ground.

Instead, the Attorney General went straight to the merits of Jane Doe’s claim in seeking to dismiss the lawsuit.  This involves a balancing test:  Does the public’s interest in disclosure outweigh the privacy interest asserted by a lottery winner who prefers to avoid the no-goodniks who will hound her if they discover her identity?

On the merits, the scale almost certainly tips in favor of disclosure.  The public’s interest is defined in the case law as the right to know “what the government is up to.” In this instance, that means knowing that the lottery is on the up-and-up – that the winner isn’t an employee of the Lottery Commission who cheated her way to the jackpot, for example.  On the other side of the scale, a person with a few hundred million in Powerball winnings, newly sloshing around in her bank account, can afford to change her phone number and take other steps to create some privacy.

Moreover, Jane Doe caused her own privacy predicament by signing her real name to the back of the ticket before realizing she had other options.  She could have created a trust and signed its name instead of hers, as other jackpot winners have done. That further tips the scale against her.

But in this instance, the Superior Court should never have to apply the balancing test.  The lawsuit should be dismissed because the plaintiff lacks standing.

Which raises the question: Why is the state’s advocate for residential utility customers speaking out in this fashion, against the interests of a ratepayer – albeit one who happens to be very lucky? The answer is that when it comes to the Right-to-Know Law, the state’s utilities are a lot like Jane Doe.

No, their rates are not so high that it’s as if the utilities are winning the Powerball jackpot (though sometimes it seems that way).  Rather, the utilities are constantly filing important information with the Public Utilities Commission (PUC) and claiming they are entitled to confidential treatment under the Right-to-Know Law.

Liberty Utilities is trying to keep all of the key information secret as it seeks approval of its Granite Bridge pipeline and gas storage project.  Eversource has tried the same gambit with respect to the juicy details of its scheme to invest in an interstate natural gas pipeline and force electric customers to pay for it.  Alas, the rules of the PUC are crafted so as to encourage these stratagems.  This means public information too often remains secret because nobody demands disclosure.

Utilities are not the only businesses that  submit information to various state agencies and municipal decisionmakers in exchange for permissions, permits and other goodies.  The public has a right to know how the authorities deal with these requests, and that requires fidelity to the principles of transparency and accountability enshrined in the Right-to-Know Law.   Lawsuits like Jane Doe’s have the potential to do grievous harm to these principles.

The world will little note nor long remember Jane Doe, should her real name be disclosed.  But if her quest for privacy means New Hampshire now recognizes a right to privacy within the Right-to-Know Law, in the future there will be a lot less transparency in government.  That would be a high price indeed. 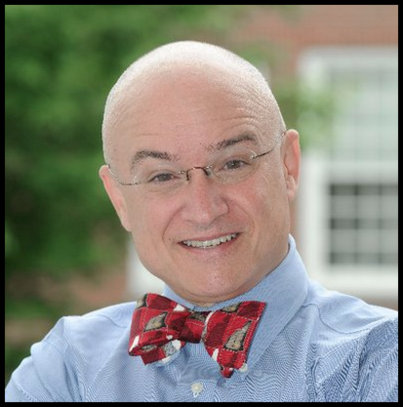 D. Maurice Kreis is New Hampshire’s Consumer Advocate, tasked by statute with representing the interests of residential utility customers before the PUC and elsewhere. He writes the “Power to the People” column for IndepthNH.org. Power to the People is co-published by InDepthNH.org and Manchester Ink Link.