Always be sure to check a venue’s website or Facebook page for last-minute changes or covid requirements. 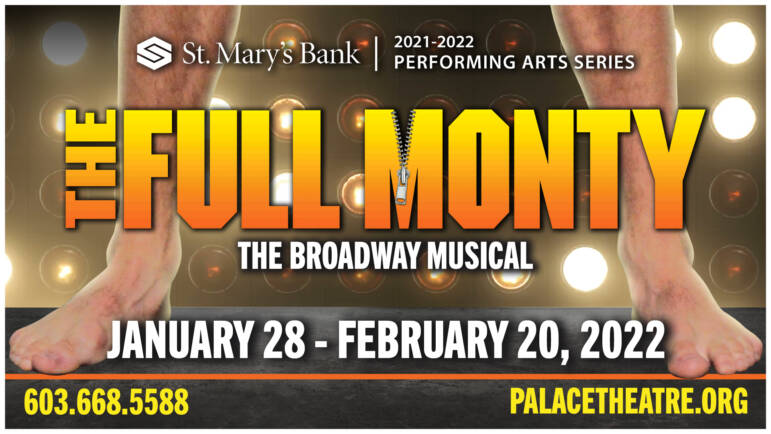 OPENING WEEKEND! Based on the cult hit film of the same name, The Full Monty, a ten-time Tony Award nominee, is filled with honest affection, engaging melodies and the most highly anticipated closing number of any show. While spying on their wives at a “Girls’ Night Out,” a group of unemployed steelworkers from Buffalo sees how much they enjoy watching male strippers. Jealous, out of work and feeling emasculated, the men come up with a bold and unclothed way to make some quick cash. In preparing, they find themselves extremely exposed; not merely physically but emotionally. As they conquer their fears, self-consciousness and prejudices, the men come to discover that they’re stronger as a group, and the strength that they find in each other gives them the individual courage to “let it go.” With a raucous mix of razor-sharp humor and toe-tapping pizzazz, this heartwarming, upbeat comedy is a must-see.

Bringing together the incredible sounds of two of rocks greatest arena bands of the 80’s – Foreigner & Journey. Experience the rock ballads Faithfully & Open Arms, along with rock classics Cold As Ice, Urgent, Hot Blooded, Feels Like The First Time, Jukebox Hero, Separate Ways, Don’t Stop Believin’, Anyway You Want It … and so much more! All performed as the originals were, in their original key and pitch!

Jim is a confused middle-age man who can spin soccer games, school drop offs and lunches into his comedy material based around his life as a dad and husband. Jim’s every man life stories will bring down the house every time. Based out of Boston, venue all over the country have brought Jim in to provide funny, clean comedy. 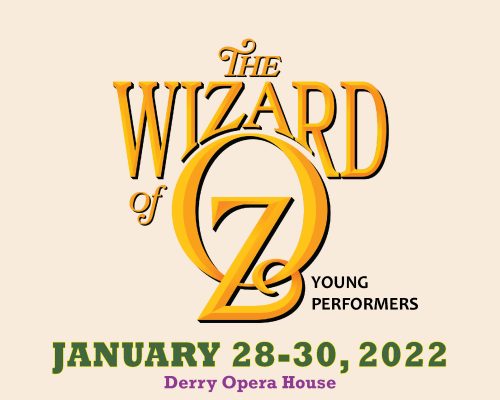 The Young Performers’ Edition of THE WIZARD OF OZ is an adaptation specially tailored for younger performers, and we have 30 young artists who are excited to share this show with you! Join Dorothy as she travels over the rainbow to discover the magical power of home. The classic musical, adapted for young performers, includes all of your favorite characters and songs that have been entertaining audiences for generations. Follow the yellow brick road with The Majestic Academy and re-live the magic.

This deliriously funny new Jones Hope Wooten comedy is all about that four-letter word: L-O-V-E. Under a full moon on this unpredictable night of romance, these four rollicking tales take you on an around-the-globe journey of unexpected and hilarious twists and turns; open your heart to romantic mayhem and come join the fun! By the time the evening is over and the moon works its magic, love will conquer all and your sides will ache from laughter! (This is no longer a dinner theatre performance.)

Love Songs is a truly extraordinary musical theatre experience, the return of romance to the stage! Believe in the healing power of love and romance once again. Steven Cagan’s glorious work expresses the truth, beauty and hopefulness that we all strive for in this journey called life through the story of three couples. Jeremy is stuck out of town on a business trip for Roy’s ad agency, trying frantically to get back in time for his nuptials. His betrothed, Gaby, is anxious for him to return. Sarah, who has been engaged to Ben for six years, is weary of his failure to commit to her. Ben has been idealizing a kind of love that does not really exist. Roy and Rose, lovers for many years, just enjoy themselves. How will their stories work out? Love Songs is timeless in its appeal. Let there be harmony evermore!

The Look… The Sound… The Show… The Greatest Rock And Roll Tribute In The World. Front man Keith Call has all of the moves and swagger of Mick Jagger, and along with his partner in crime Bernie Bollendorf, who portrays rock and roll outlaw Keith Richards, they complete the duo notoriously hailed as “The Glimmer Twins”. Their jaw dropping resemblance to these two rock and roll icons is simply amazing, but what truly makes Classic Stones Live unique, is their musical prowess, attention to detail, and the spot-on renditions of all of your favorite Rolling Stones “classics”! www.tupelomusichall.com

Bill Simas has made a name for himself on the New England comedy scene for the past 20 years with his no-holds-barred comedy style and his comedy fundraising program Funny 4 Funds. www.chunkys.com

The Corvettes Doo Wop Revue is dedicated to preserving and performing the greatest music ever made – the music of the 1950’s Doo Wop era. From New Hampshire to New Orleans and Virginia to Vegas, The Corvettes perform the great music of the Doo Wop era with a fresh new energy. Their incredibly entertaining show and comical stage antics have left many a happy audience screaming for more! In the tradition of legendary Doo Wop revivalists Sha Na Na, every Corvettes show is more than a concert – it’s an all out a Doo Wop Celebration! www.labellewinery.com

Featuring more than 1,500 aviation-themed toys, models, puzzles, and promotional items from the past 100 years. Themes range from the Wright Brothers to sci-fi favorites as Star Trek, Star Wars, and more.” There is also a “find Santa” challenge with prizes for kids who spot him www.aviationmuseumofnh.org for tickets and hours.

Email your entertainment events to rob@majestictheatre.net for consideration. Be sure to add your events to the InkLink calendar for possible inclusion in the live radio report on WMNH 95.3 (The Morning Show with Peter White – “World of Entertainment” LIVE every Thursday at 8am).