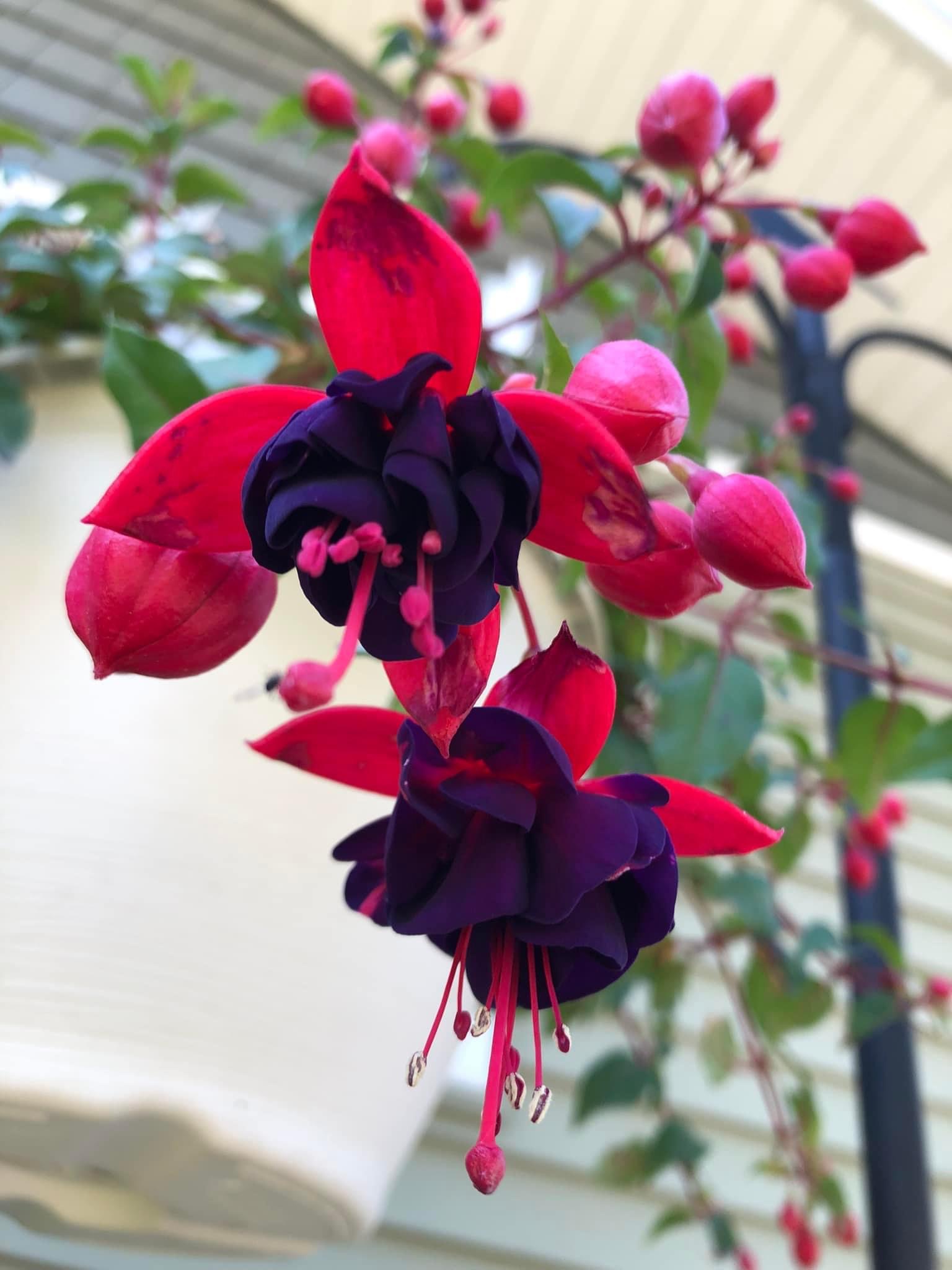 And so, we slide into the uncertain heat and gossamer dream of a new summer. The irony of summer is nature’s great prank, that we are at a beginning, but really summer marks an end – an end to more light, an end to the blooming, an end to the learning season and an end to mildness.

Summer is all boney elbows and awkward side glances. Summer makes you wonder. Summer leads you down unknown paths.

On this particular summer evening, my daughter and wife are in our backyard, swinging and watering, respectively.

My wife speaks to her garden, through the water and with dirt under her fingernails and I can see – literally see – her command of her small, green kingdom. She’s in Versailles, she standing on the Japanese bridge in Giverny. The thin stalks and bursting petals rise up at her fingertips.

My daughter reads while she swings, a book called “Town is by the Sea.” In the book, the young protagonist speaks to the reader about his home and his town. “It goes like this…” he says, a miner’s son, going to the store for milk, playing on the slide. In the background of his life, the sea is always shimmering, as the sea does. As the summer does. As life in the backyard does.

I took a little break from writing last month. Life seemed too… what… difficult? The world lately has felt far removed from joy and awe. What possible lessons could be gleaned from such pain?

Now, weeks later, the relentlessness has eased, or perhaps anything looks less severe in the rear-view mirror. Or now it’s summer, and my wife waters and my daughter swings and, at least here, it’s silent. At least here, the world appears not to rage.

There was a moment recently where, in the middle of some new trauma, some new drama, a friend suggested that looking at the world through the lens of how you feel it should be is a fool’s errand. I took this to suggest, of course, that being mindful of what actually is, now, provides a better road map than what you hope something will be.

At its core, this is mindfulness. Any student monk ought to be able to connect to such a thought. But what’s simple is always the most difficult to achieve.

“Daddy,” my daughter shouts, “put on your shoes, we’re going to the mulberry tree.”

We walk, us three, a few blocks down the road from our home to the site of an old, spreading mulberry tree. Little Bean has brought a plastic container. We pick the dark blue ones. My daughter eats the red ones – not quite ripe, but she loves tart things. The evening begins to darken, and I’m suddenly aware that nothing has happened today.

We ate dumplings for dinner. We watered our garden. We read. We plucked mulberries. And now, we’d return and I’d warm a glass of milk for my daughter. She’d watch some funny cat videos and the summer day – now a few seconds shorter than the day before – would end with no fanfare.

There would be nothing but surrender.

Summer is sneaky like that. Mindfulness, too. Can either even happen if you’re aware of them? If you give in to the moment – if you accept the world as it is – perhaps then, you have a shot at changing it.

Later, as we finish the book together, Little Bean puzzles at the repeated line, “It goes like this…” What does? She wants to know. What does he mean?

I shrug. “Life,” I say. “His town and family, the carrots he eats and the place his father works. The tea and how the water sparkles. That’s how it goes. Everything goes a certain way.”

I’m no philosopher, no poet and no monk. I’ve worked at being a writer for 20 years and a library director for only a couple months, and yet when asked, my seven-year-old will tell you her daddy runs a library. Maybe she’ll remember these words someday. Maybe she’ll even read them. No matter.

She’ll remember the swing set. She’ll remember the mulberry tree. She’ll feel the pull of connection years from now as she drives through her old neighborhood. Her future world is rooted in her present, as is all of ours. What is your world like today, this day, right now as you read this?

“It goes like this…” You fill in the rest.