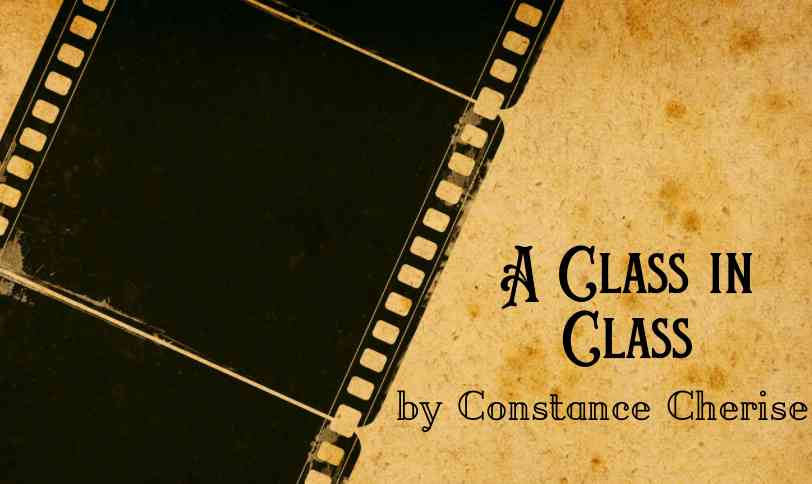 The 20th Century Fox film, “Island in the Sun” (1957), was produced by Darryl F. Zanuck and directed by Robert Rossen, based on the novel of the same name by Alec Waugh, starring Harry Belafonte, James Mason, Dorothy Dandridge, and Dame Joan Collins. It was one of the most racially controversial films shown in Hollywood for its historical timeframe.

Filmed in the lush setting of the West Indies, the feature opens with languid palm trees, blue skies, and crashing aqua waves, as native inhabitants toil under the tropical sun. Harry Belafonte performs the lead song, its lyrics, almost an homage, which begins slowly and at its end is immediately followed with the mid-tempo, infectious, performance of steel drums.

The film borders on salacious scandal, politics, the mixed-blood heritage of the Caribbean and interracial relations, with multiple storylines, each of which is easy to follow.

The fictional island of Santa Marta is a combination of Barbados and Grenada with portions of interior shots completed in Elstree Studios soundstages, England. While the cast boasts an impressive roster of actors, there is an additional silent character, the Fleury Plantation House (the Ruins at Farley Hill still remain in Barbados). With its stately British Colonial architecture, the courtyard alone announces this was once the home of wealthy slave owners. Lush tropical vegetation has become an invasive collaborator of its aging existence, and secrets are eerily masked in its veneer. 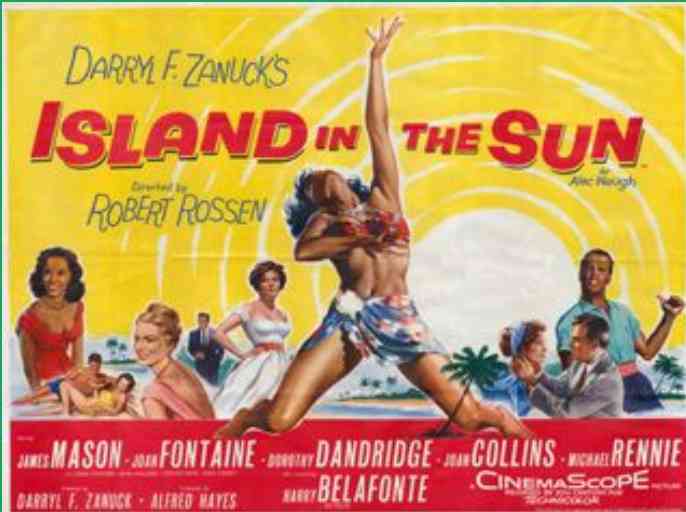 Privileged, egotistical, and unstable, Maxwell Fleury (James Mason) the wealthy heir of a white plantation owner, representing the current rule of British colonialism, becomes a challenger in a racially-charged political arena against cunning, defiant, and confident David Boyeur (Harry Belafonte) representing the aspiration for the progression of an island, free of colonial restraints. The two worlds naturally clash.

On the cusp of being unhinged, Fleury displays erratic behavior throughout the film.  An exchange with his cunningly restrained mother uncovers deep-rooted emotions of insecurity. It’s overtly clear he is aware, and has no issue abusing his status. Based on his volatile nature, we are not surprised when years of frustration manifest in murder. He is drowned out by steel drums during his election speech and after his explosive revelation, true to course, the truth oddly sets him free from his internal torment. Boyeur states his conflicting argument and subsequent accusation with conviction that hardly seems masked as acting.

Denis Archer (John Justin) the governor’s aide, falls in love with a black woman, Margot Seaton (the radiant Dorothy Dandridge – it’s not specifically stated where Margot is originally from). Mavis Norman (Joan Fontaine) a white woman, becomes intrigued with the fiery Boyeur, an island native, who have both known one another from youth.

After a day of indigenous exploration with Boyeur, when Mavis dons a black face mask, part of a costume for the upcoming carnival, Boyeur angrily snatches it out of her hands, poignantly reminding her that she is the outsider. Social boundaries and respect are to be strictly adhered too and maintained. Mavis responds in clear embarrassment and shame. No words are exchanged, but the message is clearly understood.

Many reviews claim that “Island in the Sun” moves slowly in dialogue and while their points may have validity, there are also a few loose ends that don’t seem to be tied up by the conclusion of the film. We do not get a true explanation for Sylvia’s (Patricia Owens, Fleury’s wife) distance from her husband, as an affair is assumed but never confirmed. Initially, it’s possible her coldness is due to his overwhelming jealousy, but after his downfall during his election speech, suddenly she becomes strangely affectionate with no clear reason as to why. When Dorothy performs the limbo during carnival with her white lover onlooking from a balcony, in clear disapproval, she goes to him. However, the actual account of their rectifying or subsequent argument is not disclosed.

The film utilized natives as extras who were not costumed, however, those who spoke, were without proper accent, and more than likely most were dubbed. Interacial characters were not permitted to kiss on film, subsequently a subtle workaround was used to punctuate attraction. In the scene where Boyeur and Mavis are watching village fishermen pull in their daily catch, Boyeur expertly slices the top of a coconut with a machete, clearly a natural trait, he hands it to Mavis who drinks from it and when she returns it to Boyeur, he poignantly turns the coconut finding the same spot where her lips lingered raising it to his mouth. Because the film highlighted interracial relationships it was banned in areas of the south and was protested by the Ku Klux Klan.

Scandal and secrets abound and when an important caveat to deception is revealed, in the matter of Jocelyn’s (Joan Collins) pending marriage during a life-altering conversation with her mother, revelatory words are spoken.

Jocelyn: “You were always so devoted, I never conceived the possibility of another man in your          life…”

Born in Harlem New York and relocated to Jamaica at an early age, the EGOT (Emmy, Grammy, Oscar, Tony) Harold (Harry) Belafonte began as a jazz singer and went on to perform on Broadway. He popularized calypso in the US garnering the name The Calypso King. He was impacted by activist and artist Paul Robeson and as a result, became a lifelong fighter of civil rights. As recanted in his 2011 documentary “Sing Your Song.”

Known for his skill of masking raging emotions under a veil of restraint, the three-time Academy Award-nominated, English born James Mason was an actor who had considerable success in England before his continued career in America. Mason performed in over 60 films, including, “A Star is Born” (1954), starring Judy Garland, where he delivered a profound performance, earning his Best Actor nomination.

Critics panned the film for a variety of reasons, however its stunning cinematography, capturing the lush tropical scenery, was certainly not one of them. My true admiration for this film is personal as it affords me the opportunity to witness the West Indies through the eyes of my ancestors. Although it was banned in the majority of the Deep South for its interracial overtones, “Island in the Sun” was a major financial success, becoming the 6th highest-grossing film of 1957. If you are in need of a mental vacation one lazy Sunday afternoon, find good rum, grenadine, and a wide mouth cocktail glass. Mix a serving (or two) of rum punch and enjoy a short retreat with the sun-drenched tropical splendor of “Island in the Sun.” The full-length movie is embedded below, via YouTube.

Constance Cherise is a classic film aficionado and also freelances for TCM.com. Reach her at constance.cherise@gmail.com. Review her portfolio here.