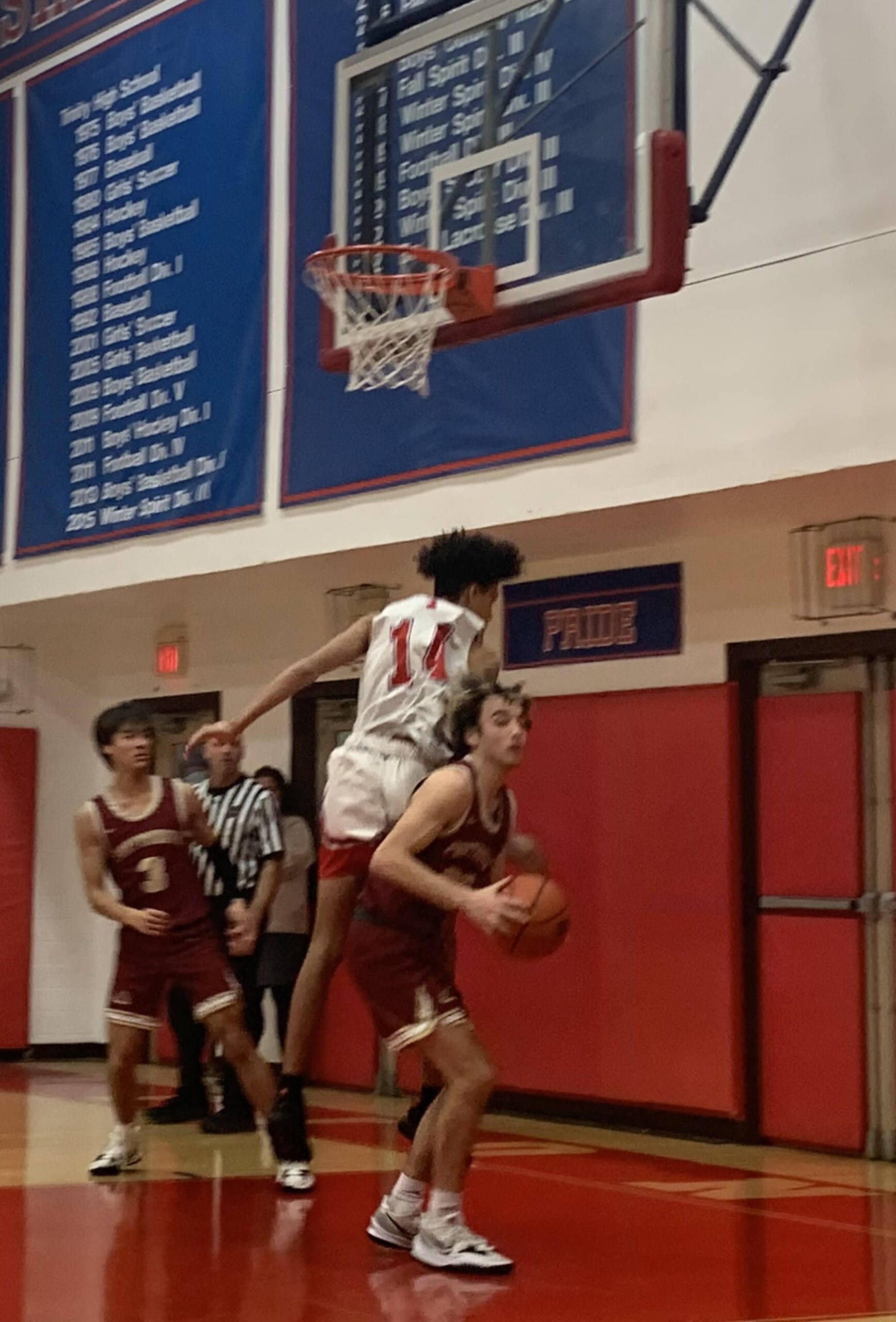 Challengers to Trinity’s status atop the New Hampshire basketball rankings are learning the Pioneers can beat you in a myriad of ways. Thursday night, Trinity showed its capable of winning with defense, staying unbeaten by outlasting Portsmouth, 44-36.

The low score was less a result of offensive ineptitude and more due to high-intensity man-to-man defense played by both teams. Possessions in the half-court game regularly took 20-30 seconds and 8-10 passes as the offenses labored to find a seam to drive through, an open passing lane or a clean look for a jump shot. 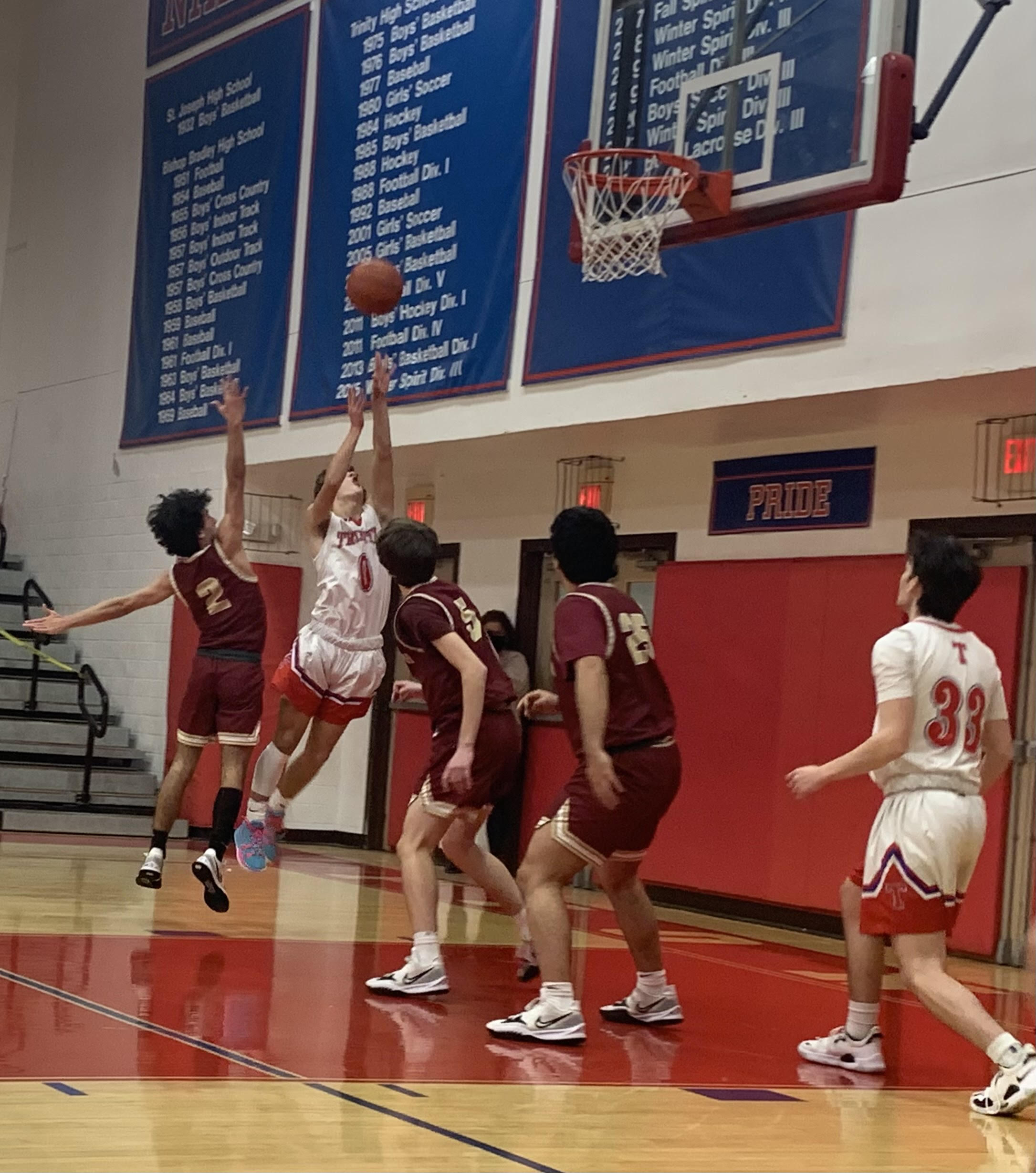 The Pioneers (11-0) jumped out to an 11-0 lead, sparked by the play of sophomore Mark Nyomah, who scored all seven of his points in the first 5:00. The Clippers, ice-cold from the field, were held scoreless for the first 5:15 and managed just four field goals in the first half. Trinity’s lead swelled to as much as 15 (20-5) in the second quarter, before settling for a 22-10 advantage at intermission.

The game was played at a pace and style well-suited to Portsmouth (8-4), who came in allowing just 46.4 points a game. The referees allowed both clubs to play aggressive defense, whistling a total of just eight fouls in the first half and just 10 in the second half until Portsmouth was forced to start fouling intentionally with two minutes to play.

Trinity sophomore guard Tyler Bike led all scorers with 21 points and sank 8 of 9 free throws to seal the game in the final three minutes. Bike also added five rebounds, three steals and a blocked shot. Senior Andrew Politi chipped in with 9 points on three 3-pointers. Nyomah had six rebounds three steals and a block to go along with his seven points. 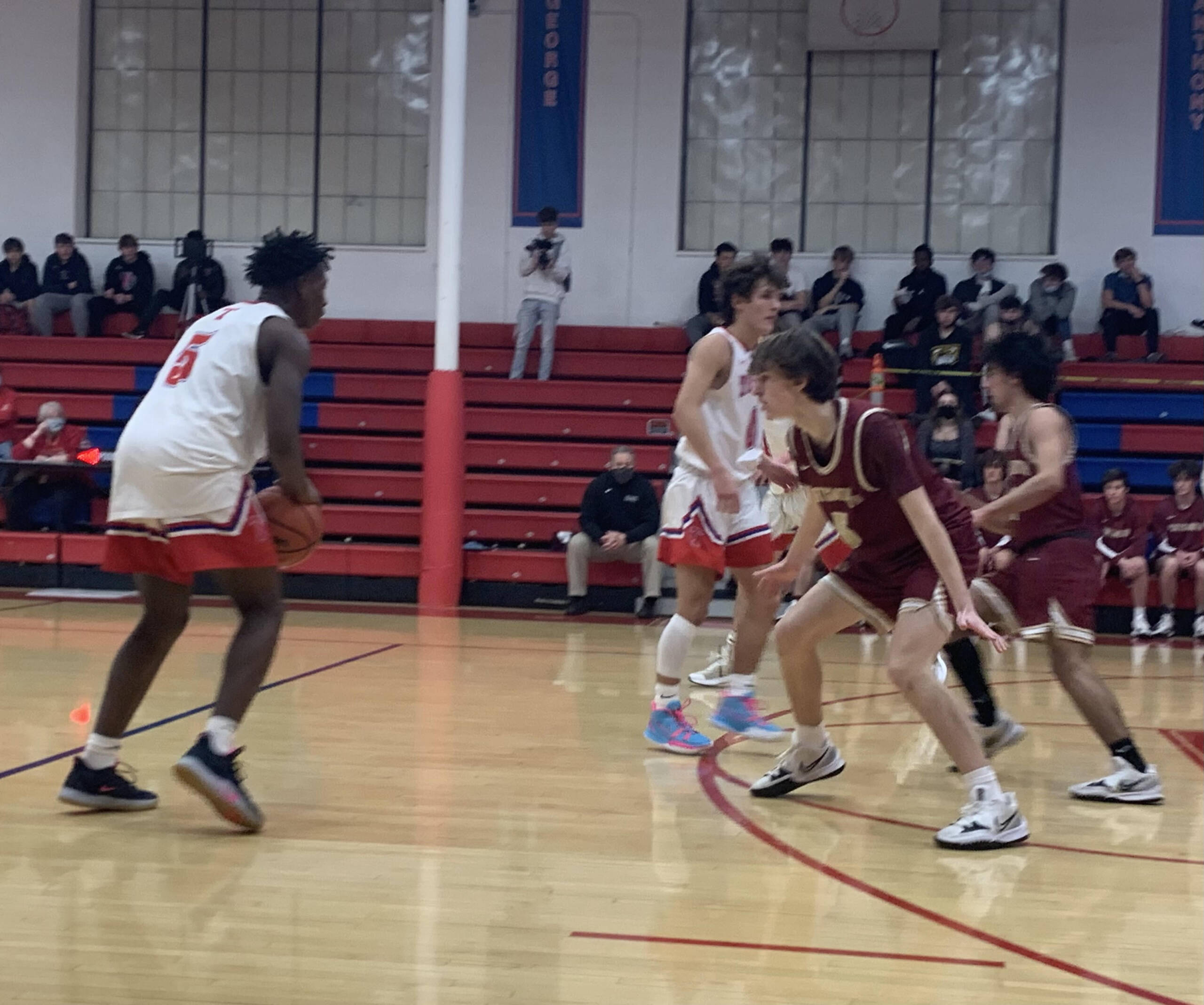 Portsmouth’s defense kept the game close in the second half. Three straight buckets by Minkler got the Clippers within 8, at 29-21, with 2:25 to play in the third quarter.

As they did throughout the game, Trinity had an answer before allowing Portsmouth to make a serious run. Bike nailed a pair of free throws before Nyomah made a steal and went coast-to-coast for a layup to push the lead back to 12.

Portsmouth was able to close to within seven (36-29) with 3:30 left in the game but Bike floated in a runner to start an 8-2 run that put the game away. 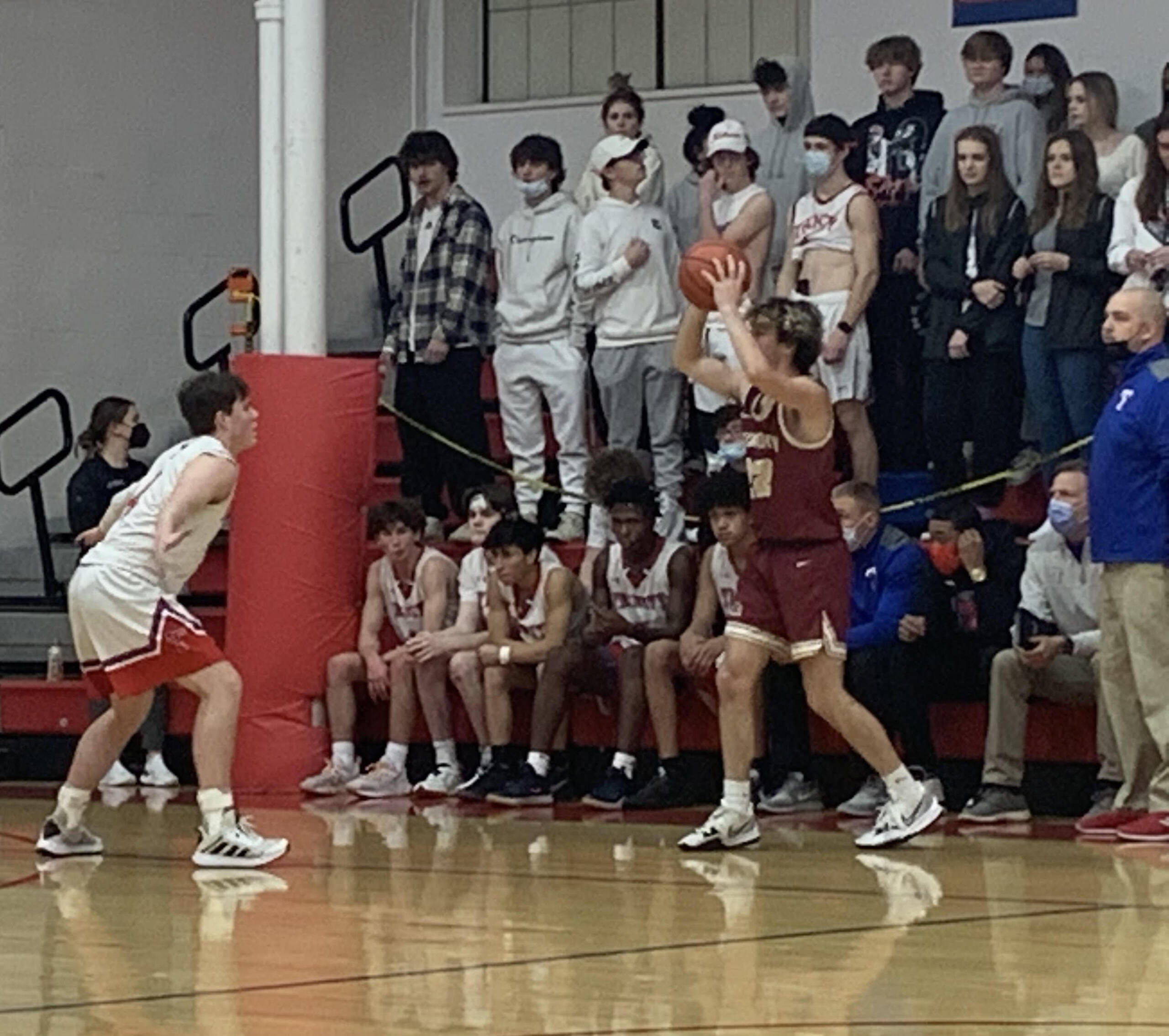