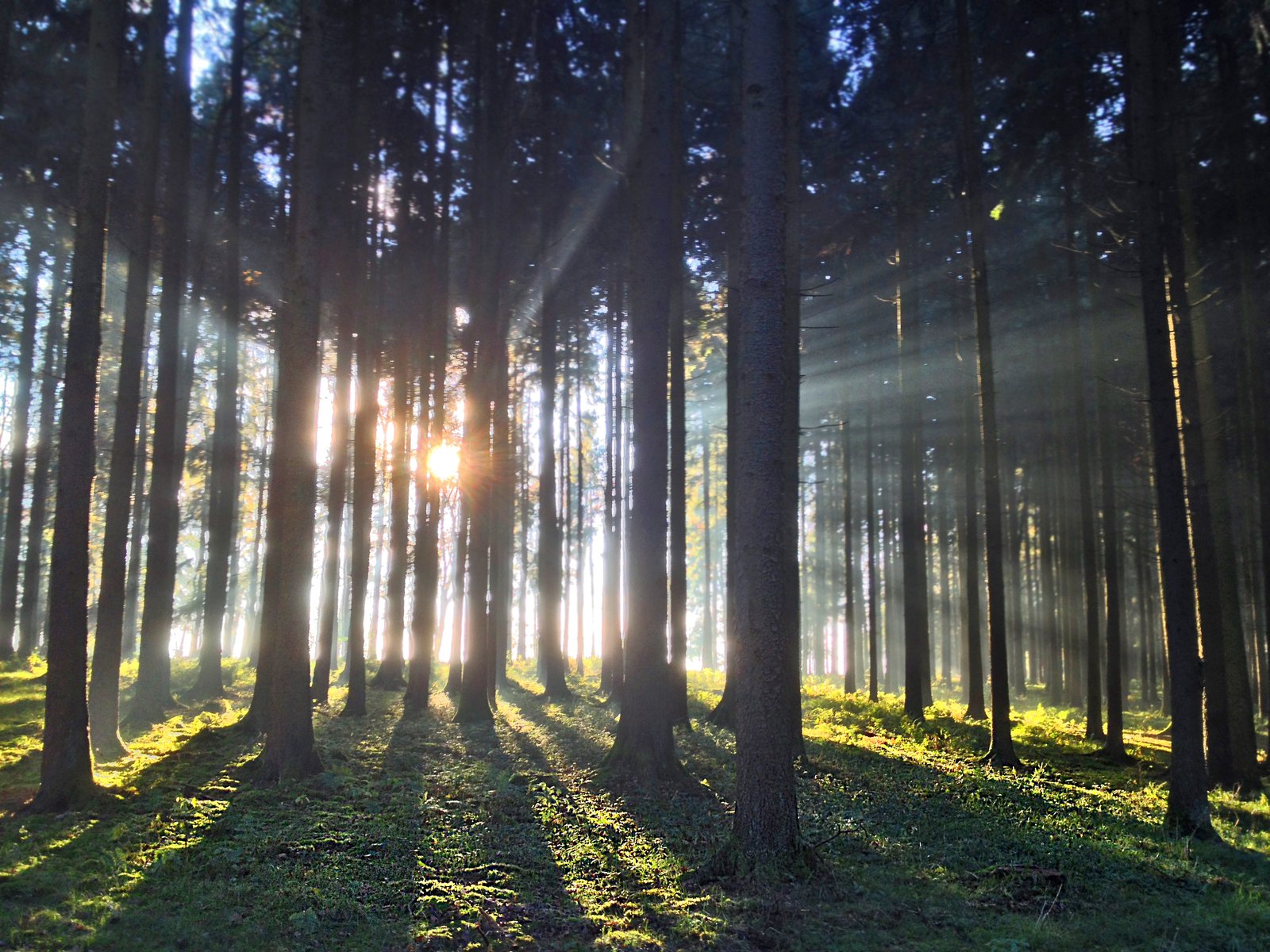 MANCHESTER, NH — On an unassuming road in Manchester, a short walk away from the Elliott Hospital, lies an unassuming building. In the chill of late October air, residents of the neighborhood walk their dogs across the sidewalk or lumber out to their cars to start the day’s work. Inside the building, lights are turned on. Food is being cooked for breakfast. Clients of the Cypress Center are just beginning to rouse themselves out of bed.

The Cypress Center is a facility intended to offer short-term care for patients who have mental health issues. These facilities often portrayed in popular media, such as in Gotham, depict a barely-regulated environment where the patients are unstable, gibbering, manic inmates who get locked in padded rooms, strapped down to beds for the night, and who are surrounded by high metal fences.

This, fortunately, is not the reality in the Cypress Center. While the area is closed off from the general public, there are rarely any patients eating the hand sanitizer or going to the bathroom in the middle at the dining table. There are no people who are so far down that they can never get back up. While such people exist, they go to other places (which will not be the subject of this article).

By turns, the Center is lively, energetic, quiet, difficult, and welcoming. Invariably in the evening, haunting strains of “Turn the Page” by Bob Seger fill the Center while patients visit with their family members, watch television, or relax. An acoustic guitar provides relaxation for those who know how to play. A radio plays beneath a large whiteboard upon which drawings and inspirational messages are posted.

A long table stretches forth across a refrigerator and a bookshelf full of games and colored pencils. People gather around at the table when group sessions take place. Discussions involving Dialectical Behavioral Therapy, among other things, are common. Mental illness, the Center’s staff likes to remind everyone, should not be stigmatized. Instead, it should be met with compassion and empathy.

This is exactly how Mary* a nurse who works at the Cypress Center, approaches her job every day. Mary is older than the average for a recently licensed RN, she has a long history in healthcare She worked for many years in a variety of facilities across New England. Despite having been in and out of school for years, she remains positive about her future and plans to continue learning and growing for as long as she can.

She went into healthcare because she wanted to help people. Some time ago Mary worked with the elderly, some of whom were Alzheimer’s patients. She recalls a particular patient fondly, he’d been an architect who had, up to that point, led a successful career with confidence. Now, he could feel himself slipping away. Mary would sit with him and hold his hand, listening to him while she could. This, of course, got her in trouble because time was limited with staffing shortages being an ongoing issue. However, she felt that there was a person in need whom she could help. So she did.

Mary struggled greatly with desperation and depression throughout her life (along with a variety of other symptoms). Eventually, by reading about Taoism, she learned that if demons can’t be made to go away, they can be befriended. One can accept one’s own limitations, learn to live with it, rather than always trying to fight against it.

One of her favorite quotes is from Confuscious: “The green reed which bends in the wind is stronger than the mighty oak which breaks in the storm.”

Each day, she goes into work greeting her patients with a ready, compassionate smile. The patience and empathy that she exudes sets her apart from the other staff, many of whom are amazing themselves. With her gentle voice and warm presence, she is ready to provide comfort and support to whoever might need it. She describes her job at the Cypress Center as her dream job. To her, the money that she earns is irrelevant. Mary goes to work to help people, as often and as best as she can.

One such person is Jane*, a long-term client at the Center. While most people come and go in a matter of days, Jane has been there a while. When Jane senses someone is in trouble, she immediately becomes protective and maternal — something not at all uncommon in Mary’s experience. Every client in the Cypress Center is suffering in some way or other, most often due to suicidal ideation, communication, or action.

Despite having been there for longer than perhaps she would have liked, Jane is able to stay positive. This is a recurring theme at the Center. This is largely aided by a process called Unconditional Positive Regard. The concept, created by a psychologist named Carl Rogers, defines a humanistic approach to psychology. Everyone, Rogers speculated, has the potential for personal growth. Such growth comes out best when a person is provided an open, welcoming, accepting environment.

Dialectical Behavioral Therapy, or DBT for short, is often used at the Cypress Center as well. DBT teaches that, in order to avoid negative decision-making, a person should seek to enter a state of being called Wise Mind.

Emotion Mind is a state of thinking that involves heightened emotions. In this state, people generally make judgments that are not based on facts, but rather what they believe to be true. For example: if a person is upset that one employer did not want to hire him, he could say, “Nobody wants to hire me.” This is technically not true. Factually, all that can really be known is that one employer did not want to hire them on one specific occasion. Emotion mind would have a person generalize that one specific experience to color every interview process, thus creating a self-fulfilling prophecy: if there’s no chance to get hired no matter what happens, then there’s no point in even trying. Such is the beginning of depression.

In Logical Mind, a person would only look at the facts without empathy or compassion for others. In this example, the man who applied for a job unsuccessfully would look at his resume and his clothing, perhaps how he responded to questions. He would ignore the fact that his handshake might have been limp, or his mannerisms cold and distant. Without empathy, seeing the situation as merely a process to be completed, he might have put the employer off. Thus, his chances of being hired would decrease.

In Wise Mind, neither Emotion nor Logic rule. Rather, a mixture of both steers a middle course towards personal wisdom. While experiencing strong emotions, a person in Wise Mind would acknowledge that they experience them while not letting such emotions determine how they perceive the world. To put it another way: using Wise Mind is a way of bending in a strong wind. Certainly, the wind is there, and it’s not a positive — yet, just experiencing it allows a person to avoid breaking themselves upon their feelings.

In Mary’s experience, patients at the Cypress Center devalue themselves. Women often give everything they have to give to others while leaving nothing in reserve for themselves. This leads to burnout, depression, and brokenness. Mothers who cared for children experience Empty-Nest Syndrome, wherein they no longer know what their purpose in life should be now that they no longer have someone to care for. They have invested so much time in others than that simply do not know how to invest time in themselves.

Among Abrahamic religions (Christianity, Judaism, Islam), women are expected to give endlessly, to serve, and to do what they are told while internalizing their own struggles. Wives are meant to be obedient to their husbands, rather than human beings with their own personal agency. They are, for lack of a better term, compassion machines.

Many of the men Mary has observed have come upon the idea to take their own lives without thought of the consequences for those around them — such as when a man jumps into traffic, never thinking about the driver of a car who might run him over. That driver would surely have to deal with trauma of their own afterward. Men also tend to use lethal weapons more often without thinking of how their family members might find them, or what might happen. They hit a deep point of helplessness where they can’t be compassionate for themselves. As a result, they are unable to exhibit compassion for anyone else.

During the long years Mary has worked in the healthcare field, she has seen that people aren’t taught to think highly of themselves. Western society is a touch-starved society where people create bubbles of personal space around themselves in order to feel comfortable. Such comfort comes at the cost of personal alienation: hence, we now have professional huggers and professional snugglers. Human interaction is all too often seen in transactional terms. The pursuit of personal gain, either through property or money, has become more important than connecting with one another.

The result of this can be social isolation, loneliness, and a lack of self-esteem. The world can be a dehumanizing, unfair place. At the Cypress Center, Mary does her best to give her time and attention to each individual, listening to what they have to say. Safety and material security, while difficult to find in everyday life, is easy to find at the Center. People who are struggling have a bed, and three meals to eat. They have people who are willing to listen and, more than that, willing to help when the need arises.

Life, according to Mary, is not a competition. It is simply a time to be experienced as best as one can. The purpose that she has found is to leave her environment better than how she found it.

Author’s note: Pseudonyms were used in this article to protect individual confidentiality.

Winter Trabex is a freelance writer from Manchester.