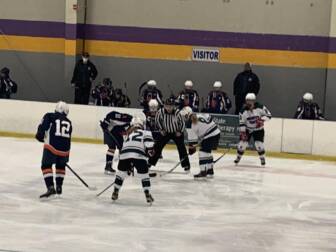 It wasn’t just the first victory of the year for the Giant Pioneers (1-1), it marked their first win in two seasons.

“Every game (last year), we played well. We lost a lot of one goal games, we just didn’t pull one off,” said BBT Coach Dan Earley.

This season, Earley has a new-look roster, featuring seven freshmen and just three seniors. One of those freshmen, defenseman Maggie Berleth, had two goals and two assists in the win over ConVal/Conant. Another rookie, Meghan Schmidt, added a goal and an assist. Sophomore Finley Hollenberg also scored. 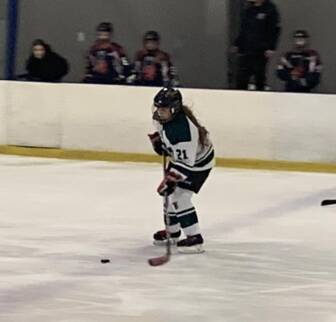 After falling to Lebanon/Stevens/Kearsarge, 4-1, in its season opener, the convincing win over ConVal/Conant gave Early a taste of what his team might be capable of.

“Our first game was a tough one against Lebanon. We played well and we fought hard. We just got the wrong side of the score,” said Early, starting his 13th season behind the bench. “This was the ConVal team I’ve ever played. They’re very well coached and they’re getting effort out of everybody. I’m very impressed.”

One of the ConVal/Conant players Early was impressed with was freshman goalie Francesca Ketola. Despite giving up the eight goals, Ketola played a strong game, finishing with 36 saves. She made several excellent stops in the first period to keep the Griffins in the game. 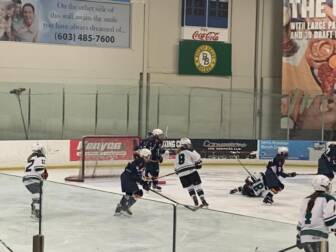 Bishop Brady/Trinity showed off its offensive firepower early, with three different players scoring over span of 2:40 to give the Giant Pioneers a 3-0 lead. Hollenberg got BBT on the board less than three minutes into the game. Schmidt tallied 90 seconds later, then assisted Ingraham’s first of the night.

Later in the period, ConVal/Conant (0-4) was able to answer back on a goal by Aubrey Niemela, making it 3-1 after one period.

BBT broke the game open early in the second period. Ingraham made it 4-1, converting a feed from Berleth, just 55 seconds into the period. A minute later, it was Berleth’s turn, as she beat Ketola top shelf to complete a nifty passing sequence from Ingraham and Kylie Palmeter (3 assists).

ConVal/Conant tried to mount a comeback, putting pressure on BBY goalie Kacey Yorston mid-period. But Yorston (10 saves) was up to the task, stopping bids by Makennah MacPherson and Savannah Lee. 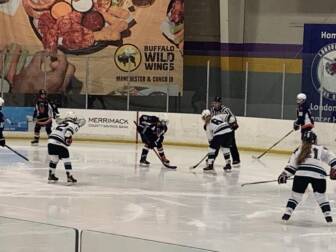 Whatever momentum the Griffins were able to mount was stopped when senior captain Teresa Spingola was sent to the penalty box for a body check at 7:48. It didn’t take long for the Giant Pioneers to capitalize. Ingraham completed her hat trick, from Berleth and Palmeter, to make it 6-1.

Berleth scored her second of the game and Ingraham tacked on her fourth in the third period, capping the scoring.

Bishop Brady/Trinity is scheduled to be back in action on Friday, on the road at St. Thomas/WNC/DOV.

“We’re about evenly matched with St. Thomas. It should be a good game,” said Early. “And then next week we are up at Concord and they’re kind of our arch-rivals.” 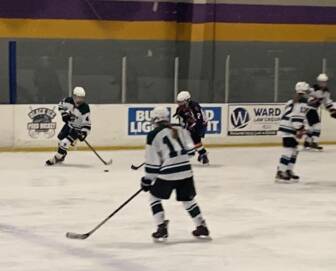 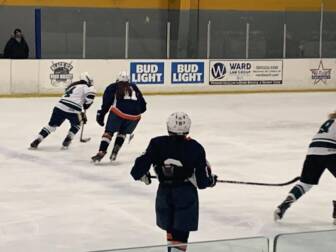 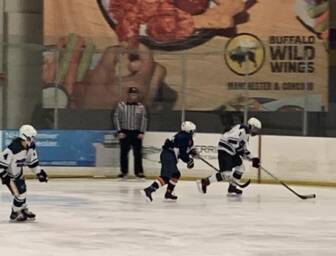