Story Produced by NHPR, a member of

CONCORD, NH – Hundreds rallied on the State House lawn Monday to defend reproductive freedoms in the wake of the U.S. Supreme Court’s ruling revoking the constitutional right to an abortion.

Courtney Tomes, of Manchester, organized the event on Facebook. She said she hoped to create an inclusive environment where people from different backgrounds could channel their outrage into action.

“It started with just being angry and making a post that, I don’t feel like celebrating the 4th of July when I am not considered free,” Tomes said. “I don’t have the same rights as other people, along with the majority of Americans today. Really there is one demographic that gets freedom and the rest of us are continually marginalized and targeted, and that’s not OK.”

Other organizations — including the Reproductive Freedom Fund of New Hampshire, New Hampshire Panthers, Black Lives Matter Seacoast, and Rights and Democracy — stepped in to offer support.

The capitol plaza in Concord filled with songs, chants and plenty of protest signs referencing the Supreme Court’s recent ruling.

But Deborah Opramolla, of Rindge, also challenged the crowd to consider how people of color, people with disabilities and other marginalized communities have lacked bodily autonomy since long before the recent court ruling.

“When you heard and learned about immigrant women having forced sterilization, where were your signs?” Opramolla asked.

At this moment, she said, what’s needed is “a history lesson and hard conversations” that look beyond what’s happened in the last few weeks.

“If that’s what’s bringing you out, welcome, welcome,” Opramolla said. “But guess what? This is not just about Roe v. Wade. This is about collective liberation for people.”

Other speakers echoed this call for intersectionality.

“From my perspective, as a transgender man, navigating this movement is difficult, because there is so much focus on women,” said James Roesener, a state representative candidate from Concord. “I have a uterus, and I am affected by these decisions as well.”

Roesener noted the wave of anti-LGBTQ+ legislation also sweeping across the country, saying that “the criminalization of abortion and gender-affirming care affects more than just the people who seek those particular forms of care.”

“It criminalizes and reduces access to everyone, for those who utilize contraception, those who need hormone replacement therapy — that is not just transgender people — and those whose well-being relies on medications deemed abortifacients,” he said.

At this time, abortion remains legal in New Hampshire up to 24 weeks and in some exceptions beyond that point. 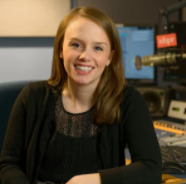