Initial unemployment claims dipped below 2,000 and continuing claims fell under 30,000 in New Hampshire for the first time since the pandemic broke, indicating that the state’s economic situation continues to improve.

Some 1,870 Granite Staters were laid off for the week ending Oct. 17, a substantial drop from the previous week’s total, but still more than triple pre-pandemic weekly jobless claims levels. 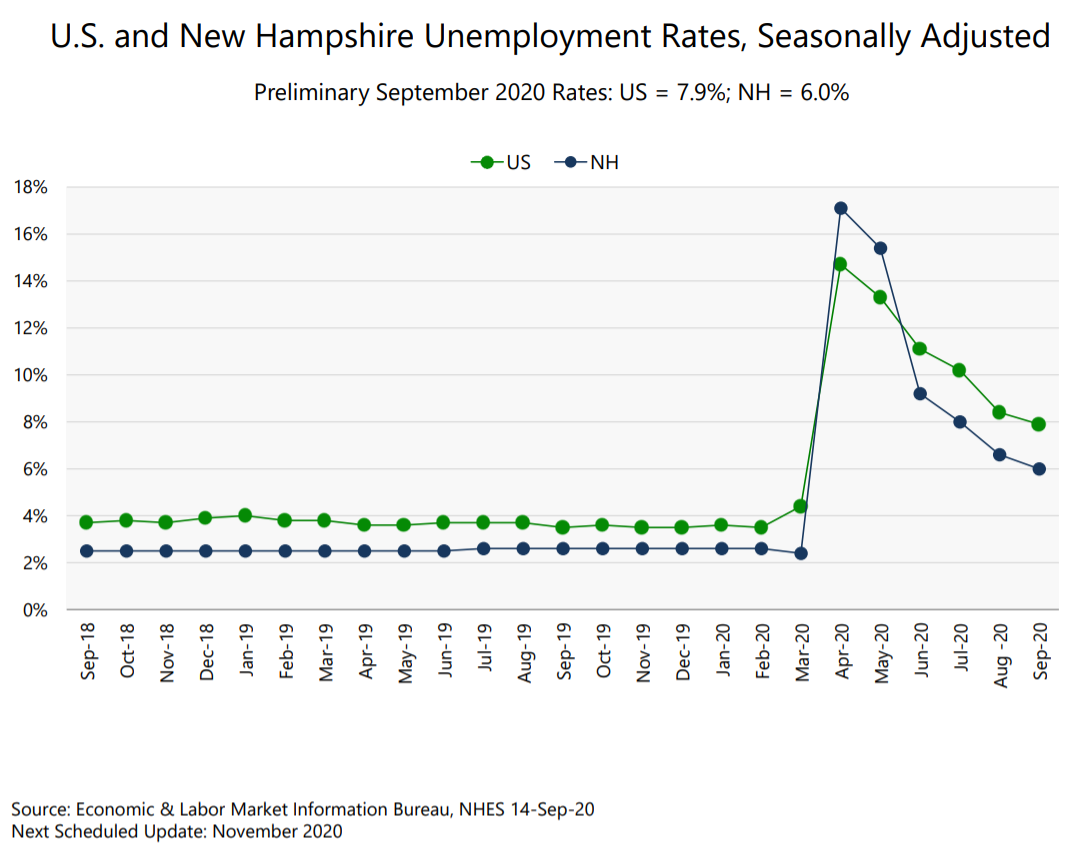 In other words, more than 640 more people went back to work that week than lost their jobs the next. And the number of those collecting benefits is gradually nearing the pre-pandemic 20,000 mark.

Nationally, things also seem to be heading in the right direction. Some 787,000 initial claims were filed, a 6.5 percent drop, and there were 8.4 million continuing claims, a 10.9 percent decrease.

However, those who can’t find jobs are facing tough times, now and going forward. This is the sixth week since the federal enhancement of an extra weekly $300 a week – down from the original $600 – ended, and for those who started collecting in March, all unemployment benefits should cease in January. Talks in Washington to renew the enhancement and perhaps extend the benefits as part of a new economic stimulus package benefits continue to stall.

Gov. Chris Sununu last week announced that $50 million in federal money would be used to shore up the state’s unemployment trust fund, but that will only prevent tax increases for businesses and wouldn’t have an impact on the level or duration of benefits for unemployed workers.