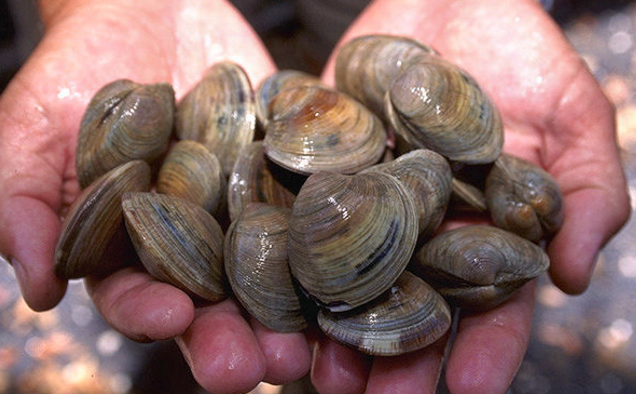 DURHAM, NH  – David Janvrin didn’t have a license to go clamming, but in August he was doing just that when he was spotted by a Fish & Game conservation officer.

Instead of ceasing and desisting, and paying the $75 fine for clamming without a license, Janvrin decided to try and get away with it by fighting off the conservation officer and attempting to hide in a marsh, which didn’t work out for him in the end.

Now, he must pay nearly $2,000 in fines and spend 10 days in jail, the sentence handed down Wednesday in Seabrook District Court where Janvrin, 40, pleaded guilty Nov. 18 to multiple offenses stemming from the August clamming incident.

NH State Police Troopers and Seabrook Police Officers were called to the scene to assist in the search and  Janvrin eventually surrendered as a police dog closed in on his hiding place.

Janvrin was ordered by the court to pay approximately $1,800 in fines, and to serve 10 days in the House of Correction.

“Because of Mr. Janvrin’s actions, what started out as a possible $75 fine for clamming without a license turned into almost $2,000 in fines, plus jail time,” said Conservation Officer Courtney.

Charges against Janvrin included disobeying, resisting arrest, and clamming without a license.