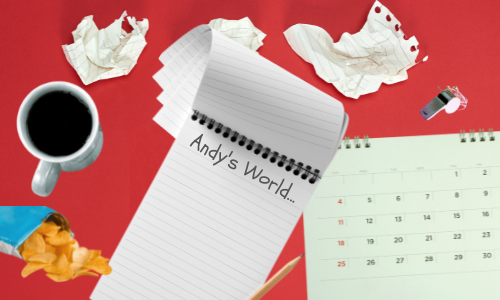 It’s been a little over a month since the return of Taco Tour and it’s safe to say that the event’s return after its COVID hiatus was a huge success. When I was out and about taking pictures of (and eating a few) tacos, the things I overheard from folks ran along two general trains of thought.

Given the sheer scale of organization that went into restarting the event after the height of the pandemic, the Manchester Chamber of Commerce and all participating vendors deserve praise without any doubt. However, that doesn’t mean that there isn’t room for improvement in 2023, and here are a few ideas to shorten those lines given what I saw out there.

Many of the thousands of people on Elm Street may not have known that tacos were being served down at the Millyard and the Currier Art Museum. Not only is that a shame, but that’s an idea that should be expanded upon next year.

Smaller clusters of food trucks or other restaurants could alleviate congestion on Elm Street, with added MTA shuttles and busses providing connections for taco tourists to bounce back and forth in their quest to eat as many tacos as possible.

Stark Brewery and Cotton could make good anchors for an Arms Park Millyard cluster, and Currier could return next year, but there’s no reason why there couldn’t be more clusters across the Manchester area to transform Taco Tour into more than just a downtown event. The Shoppes (on South Willow), the Mall of New Hampshire, Southern New Hampshire University and Saint Anselm College are just a few possibilities there.

Many restaurants in Manchester utilize online ordering systems where customers can order ahead and pay online.

If this was utilized with Taco Tour, not only would it allow customers to plan out their day and skip the lines, but it could also help restaurants plan out when they need to make their tacos and prepare for lulls and spikes in the day’s schedule.

Beyond paying online, I was surprised there was little to no utilization of card or touchless payments. Again, this would make payment quicker and it would also be more sanitary, something all the more important following the pandemic.

It’s clear from the number of people at Taco Tour this year that it’s become a focal point on the calendar for many, and if the hours of street closure on Elm Street were expanded, this could allow people to arrive in a more staggered approach rather than all in one big wave in the afternoon.

Additionally, restaurants may not want to be open for longer hours, so they could and should be allowed to be open at their own discretion as long as they let the Chamber of Commerce and the general public know those hours.

Got some big ideas for next year’s Taco Tour? Feel free to add them in the comments below.