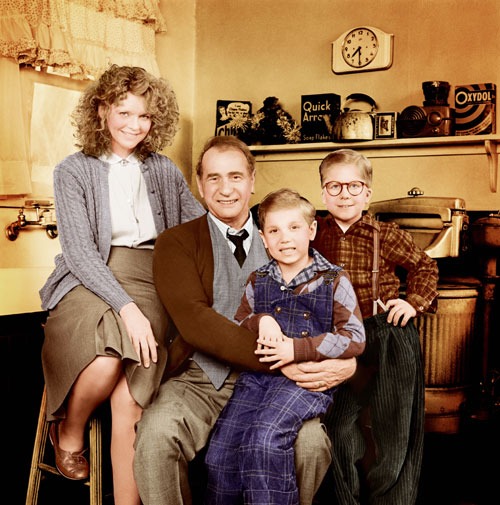 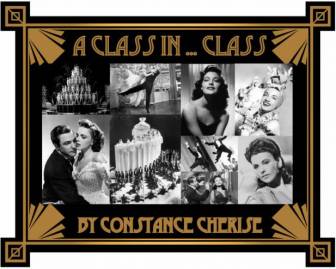 Admit it, you practically know the entire script. You purposely pronounce the word “fragile” incorrectly and you may have even attempted a few of your own triple-dog dares, and if you haven’t you more than likely know someone who has. The 1983 MGM film, A Christmas Story, is a matchless holiday classic unlike any other, carved into the hearts and minds of its fans. The moment of its introduction, a welling of nostalgic anticipation is felt, nestling you into its whimsical Christmas comfort.  While you may know every line and gesture, it remains as exciting as the last time you’ve seen it which, given its 24-hour playlist, could possibly have been two minutes prior.

This isn’t any classic Christmas film, as funny as A Christmas Story is, is as serious as its devotees are. One of which informed me he has adopted the practice of whether a person appreciates A Christmas Story as a litmus test. “If you don’t like a Christmas story, we can’t even talk,” he said.

“You’ll shoot your eye out.”

If leg lamps in windows are not proof enough of fierce allegiance for the film, the opening of the Christmas Story House in Cleveland, OH, (make a day of it and also visit the Rock & Roll Hall of Fame) where 200,000 guests are received each year, a museum and a 3,500-square-foot gift shop, perfect for fans of the film, where anything from leg lamps to themed ties and all things in between can be purchased, as well as a Broadway production should support substantial evidence.

“The exact exchange and nuance of phrase in this ritual is very important.”

You too may have spent your childhood with your face pressed against the glass, but if not, we all have our own Christmas memories to substitute. Perhaps it was the arrival of the Spiegal,  Sears or JC Penny catalog, where you lost yourself in a world of holiday fantasy, Jordan Marsh’s Santas Village (now seen at Jordans Furniture in Avon, MA), a trip to Child World, Rankin Bass holiday specials or simply lying under the Christmas tree staring at large multi-colored lights that could just possibly set the tree and subsequently your home on fire…those were the days. 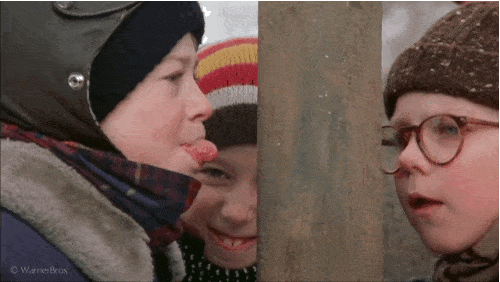 With memorable one-liners, we can easily incorporate in our lives on a daily basis (seriously) and one of the most identifiable movie mascots … the infamous leg lamp,  A Christmas Story envelopes us. It makes us come back to it year after year, laughing at the same scenes that we can recite as a direct correlation between the number of times we’ve watched this movie because it simply is that good. By keeping its soundtrack relevant with the musical taste of the era, A Christmas Story embodies the ambiance of the 1940s following the classic MGM pattern, using music to manipulate emotions through its clarinets, sleigh bells tinkles, and trumpets transporting us to an earlier time.  Filmmakers were painstakingly periodically accurate, and whether it was the main cast or bit parts, no-one person felt wrong in their role. Jack Nicholson was originally slated to play the role of the father, however, due to a limited budget Darren McGavin was chosen as his replacement, and if you are a fan of A Christmas Story, you are also certain to agree that no better choice could possibly have been made.

It is difficult to find a false moment. We forget we are watching a movie, instead, we feel as if we are a silent (maybe not so silent) observer within each scene. Music, combined with setting and casting, reminds us of a nostalgia-laden Norman Rockwell-esque period, where life is tied to a frame of time that we associate as slower-paced and a wholly less strenuous world.  But what truly pulls us into the film is its narration of Ralphie’s scheming, child-like inner dialogue, not only for its humor but more than likely because it is not too far off from our own, subsequently making it even funnier.

“It’s indescribably beautiful it reminds me of the Fourth of July!”

Favorite scenes seem to shift as years have passed, however, the exchange between husband and wife when the leg lamp is broken has become my current preferred. As he (the father) glues the shattered leg lamp together, his wife is seen in the background, watching his every move.  When he attempts to add the lampshade the leg disintegrates under the weight, while his wife silently laughs. As her husband looks at her sharply, all traces of laughter immediately disappear. He gathers the broken pieces, embraces them in his arms and slowly walks away, his eyes never leaving his wife, who is making every attempt, to control herself from exploding in hysterics. The scene is so well executed, you can almost cut through the tense air with a Red Rider BB gun.

What can we learn from A Christmas Story?

Children do not change.

“The outside world of children have changed, but the inside hasn’t” – Fred Rogers

No matter what era of time we inhabit, siblings will fight, and carefully laid plans will persist.

We all have an inner child, and it doesn’t take to much effort to let them out.

A Christmas Story‘s ending is charmingly unexpected. This is where it pivots from an amusing movie to genius and if it is your first time watching the film…you do not see it coming. The one person we are convinced hasn’t the time nor the interest, the person we think is not paying attention, as it turns out much like Red Rider himself, saves the day. It’s especially touching when we witness the father, who is just as excited, eyes sparkle in anticipation, as he recalls his own childhood memories through his son’s experience.

It reminds us of our imagination:

As seen in the soap poisoning scene, who among us, with quivering bottom lip, hasn’t wished the worst on ourselves as punishment towards our parents reprimands?

Bullies are only as powerful as we allow them to be:

Wishing you the best of the holidays, and a prosperous new year.