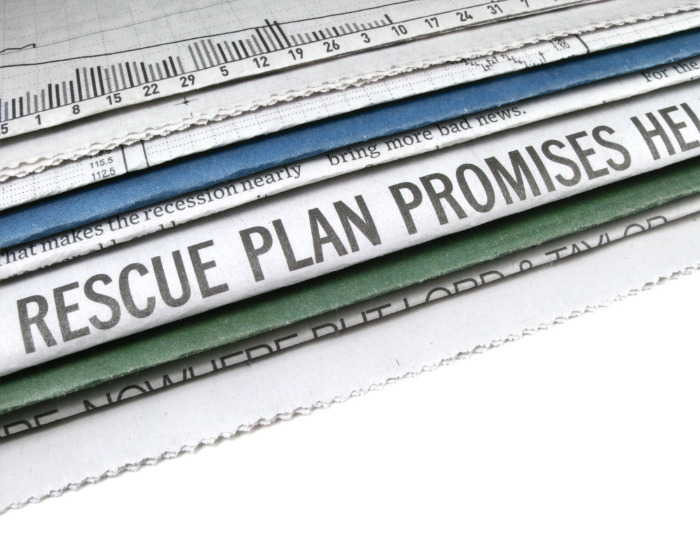 As Congress wrestles to wrap the packages and tie the bows on its infrastructure initiative, cities, towns and counties across New Hampshire have begun to plan and ponder how to spend the $462.3 million in federal assistance distributed by the American Rescue Plan Act, or ARPA. And the state was awarded another $994.56 million on top of that.

Altogether, 226 — or 99 percent — of the 229 eligible municipalities and all 10 counties in the state have accepted the Coronavirus State and Local Fiscal Recovery funds allocated by the legislation.

Five of the 13 cities — Manchester, Nashua, Portsmouth, Rochester and Dover — designated as “metro cities,” are funded directly by the U.S. Treasury and received half their money in May. The allocation is based on the formula used to calculate Community Development Block Grants, which applies indices of three factors— population, poverty level and housing stock.

Another $112.2 million is divided among the other eight cities and 221 towns, so-called “non-entitlement units” of local government. Their percentage share of the total funding is equal to their percentage share of the state population and is capped at no more than 75 percent of their 2020 municipal budgets. In close to half the 213 towns the funding represents 10 percent or more of the current municipal budget.

However, since the amount of funding is tied solely to the size of populations, the distribution fails to reflect the disparate economic and social circumstances among municipalities.

The 10 counties will share $264,107,962, which is also distributed according to their proportion of the state population.

Funds will be distributed in two equal allocations this year and next, and expenditures must be incurred by the end of 2024 and spent by the end of 2026. Funding is intended to address the economic effects of the Covid pandemic and while described as “flexible” is qualified by specific “eligible uses.”

That includes the costs of mitigating the impact of Covid-19 itself as well as addressing the consequent economic disruption and hardship fallen on individuals, households, businesses and local governments, with an emphasis on those communities disproportionately affected. Funds may also be invested in infrastructure — broadband, water and sewer.

“This is a waiting game,” said Hanover Town Manager Julia Griffin, explaining that the state has yet to determine what to do with the $994.56 million it was allocated by ARPA while Congress continues to debate the Biden administration’s infrastructure legislation, which promises another round of federal funding. She suggested that while local governments would do well to identify, order and estimate the costs of their priorities, they may prefer to defer hard and fast decisions until state and federal funding programs are in place.

Jim Monahan of the Dupont Group public affairs firm in Concord and a former Merrimack County treasurer, agreed. He said local governments are taking care not to commit ARPA dollars for projects and programs that may be eligible for funding from other sources that remain to be determined.

Apart from Manchester, larger municipalities with a greater number of options and more money to spend, are biding their time while smaller towns with fewer priorities and less funding are quicker to identify likely expenditures.

Manchester, with challenges dwarfing those of other municipalities, has acted promptly.

Last month, after conducting a community survey, the board of aldermen approved a plan to direct $13.6 million toward a Community Health & Violent Crime Reduction program over the next five years that will deploy 13 community health workers, working in tandem with police. At the same time, investment in street lighting, trash collection and landscaping will address environmental issues that may be contributing to crime.

During the next five years, Manchester plans to invest $5 million in water and sewer projects, $3.3 million in economic development, $3 million in an affordable housing trust, $3 million in job preparation and higher education partnerships, $2 million in small business grants, $1 in a healthy eating initiative and another $1 million newborn home visit program.

Other metro cities are just beginning the process of determining how to apply the funds. Jane Ferrini, deputy city attorney in Portsmouth, said a committee composed of city councilors, municipal staff and public members is being convened to frame recommendations for the city council. In Nashua, the board of aldermen will hold a special meeting on Sept. 8 for a presentation on ARPA. Preliminary discussions are also getting underway in Dover and Rochester.

Londonderry Town Manager Kevin Smith said “we’ve parked it to one side.” As one of the largest towns, Londonderry is getting $2.7 million. Like many of his counterparts, Smith was mindful of applying one-time money to one-time expenses, rather than to seed programs requiring sustained expenditure by the municipality.

Smith said “the town staff will figure out our greatest needs and make a recommendation to the town council,” adding “it will be very transparent and collaborative process. But we’re not going to rush into anything.”

Smith said “town staff will figure out our greatest needs and make a recommendation to the town council,” adding “it will be very transparent and collaborative process. But we’re not going to rush into anything.”

In Laconia, City Manager Scott Myers said that some of the $1,735,859 million the city receives will be applied to backfilling lost revenues, particularly a shortfall of between $60,000 and $70,000 from Motorcycle Week in 2021, and ambulance service posted a deficit of more than $200,000. While as yet there is no plan, Myers listed water and sewer, broadband and cyber security as likely priorities for funding.

Likewise, in Hanover, Griffin said the selectboard is in no hurry to make decisions. But she explained that revenue from both the parking fund and interest income shrank as downtown commerce slowed and interest rates fell as result of the pandemic. To keep employees working, provide public services and finish ongoing projects, the town dipped into its reserves. She estimated that foregone revenue approached $1.2 million allocated by ARPA. One option, she said, would be to replenish the undesignated fund balance to an appropriate level.

Griffin called extending broadband to the northeast area of town “another tempting option.”

She said that since the advent of the pandemic, residents working from home and schoolchildren learning remotely have voiced the need for reliable high-speed internet service where it is wanting.

Meredith Town Manager Phil Warren said that with just $675,876 in one-time money and no foregone revenue to recoup — “we cut spending and had a surplus” — the selectman are turning to infrastructure.

He said the town chose to extend a water line to the junction of Routes 3 and 106, which could help facilitate further development in the southern reach of town.

Likewise, in Lancaster, Town Manager Ben Gaetjens-Oleson said with $340,765 to spend, the aim is to maximize the use of the money by upgrading and improving existing infrastructure, particularly water and sewer, but no specific plan is yet in place.

For instance, Belknap County Administrator Deb Shackett said for lack of sufficient staff, the nursing home has not taken new residents for a year, and with capacity for 90 residents houses only 65. The county commissioners are recommending spending $2.5 million in 2021, 2022 and 2023 to provide premium pay and annual stipends for full-time and shift employees along with another $200,000 to train licensed practical nurses.

The county also expects to invest $1.8 million this year and next in a communications system for the sheriff’s department, which handles much of the dispatching for municipal police departments throughout the county.

Another $2.5 million is earmarked for modernization of the wastewater treatment plant. Pending projects include some $12.7 million of investment in facilities, among them a solar project with a notional price tag of $5.7 million.

Likewise, Cheshire County chose to use $750,000 of its funds to raise salaries and wages and ensure all county employees earn at least $15 per hour. The county also will distribute $! million to Keene and 23 towns for municipal improvement projects and invest $2.3 million in energy upgrades at the country’s three campuses. Altogether, the county has planned expenditures of $7.2 million, about half its total allocation.

In Coos County, the commission chose to split its funding, half to be spent by the county and half by its three districts. In July, the commissioners voted to award Berlin $250,000 for a water and sewer project on Route 110, $229,000 to Colebrook for sewer main and pump station projects and $200,000 for a Broadband Roadmap Strategy.