I love Manchester and believe that there are way more great things happening in our city than bad and that it has a bright future. But I also recognize that Manchester is a city and has urban issues. One issue, in particular, seems to be lingering and it’s time to stop talking and to actually do something.

People – including myself – are frustrated.

The thoughts shared in this article are in no way meant to diminish people who are going through legitimate struggles with substance use or are they meant to create an “us versus them” attitude. Further, I use the term “vagrant” to describe both homeless individuals and panhandlers as a description and not to diminish their value as human beings.

This article is about solving the problem of vagrancy in our city and serves as a warning of sorts of what we could become. I don’t want our city to be the subject of a future documentary called, “Manchester is Dying.”

This is not a Chicken Little type of warning, this is the reality of where we are and the slippery slope that Manchester is on.

Is Manchester becoming a sanctuary city for vagrancy? There are sanctuary cities for people who come to our country illegally, (ie. illegal immigration sanctuary cities), and recently several Rhode Island communities have become Second Amendment sanctuary communities. The actions, as well as the lack of action or solutions on the city’s part, has allowed vagrancy to rise. Having lived in Providence, I’ve seen a small problem grow and don’t want to see that happen here and also do not want our city to become like Seattle or San Francisco. We will become an undesirable city if we continue down the slippery slope that we are on; the time to get a firm handle on these issues is now.

During a recent drive to Nashua I observed no panhandlers on the streets and no homeless camped out, either in the more populated areas or in the parks that we visited. I have observed the same thing during our numerous trips to the Gate City. This, of course, doesn’t mean that there are no homeless or panhandlers in Nashua, it just means that they are not as visible as they are in Manchester. I have also noticed this during my daily drive to Salem as well as our visits to Concord and Portsmouth.

Some have suggested to me it is because I wasn’t paying attention during my trips while others state that there are more vagrants in Manchester because we are the largest city in the state. Still others state that it is because we have the services that attract vagrants, or because of the decision to destroy homeless camps in our city. Several people have commented to me that they believe we have experienced growing vagrancy because of the methadone treatment center located Downtown. These people have stated that those addicted want to be close to the clinic so they can get their treatment — or their high. (Methadone is known to be highly addictive). Whatever the reasons, people are understandably frustrated that our city is being taken over by this issue and nothing, it seems, is being done about it.

Vagrancy is a complicated issue — or is it? Does it really have to be so complicated? Are the hands of our elected officials truly tied or are they just not looking for an actual solution? I know that there have been meetings and a task force. I also hear a lot about us “waiting” until active litigation over anti-panhandling ordinances in other New Hampshire communities is settled. Well, in September of 2017, the U.S. District Court of New Hampshire struck down anti panhandling ordinances enacted in Concord, Manchester, Rochester, and Somersworth. At that point, we should have been discussing and enacting other solutions to curb the problem of vagrancy in our city.

I did a Google search of vagrancy cases and found that every ordinance that was challenged in court on a national level was struck down as unconstitutional. Only one solution — a local rule — has been upheld. The rest, from anti-panhandling ordinances designed to keep people off of medians to “sit-lie” ordinances designed to prevent people from sleeping on sidewalks, has been labeled unconstitutional.

There are communities that have been able to successfully combat vagrancy. One such community is Fort Lauderdale. The Fort Lauderdale council passed a local rule, (not an ordinance), that has worked. The rule was challenged in 1990 but was upheld by the court and hasn’t been noted as being successfully challenged since. Basically the park rule for a stretch of its public beach provides for the removal of an offender from the premises for 24 hours after a verbal warning. Those who return could be charged with trespassing. It makes no mention of fines or jail time.

Other communities that have successfully combated vagrancy include Salt Lake City, the aforementioned Fort Lauderdale, as well as Albuquerque and Portland, Maine. While some of these solutions involve people’s willingness to get help, they are things that other communities have tried. The interesting thing is that it took me about 60 minutes to gather this information. I am doing this research on a part-time basis and this is not my career – or part of any role that I’ve been elected to. It makes me wonder if there is a real will to solve these problems.I also found a list that highlights five cities and what solutions they have tried. (The list can be accessed by clicking here). I think that we should be looking at what other communities are doing instead of having countless meetings and just talking about what should be done or suggesting new paid positions. We need to look at what works and adapt it to our situation. We need direct action and we need it now!

Before closing, I want to mention that during Board of Mayor and Alderman, (BMA), meetings, there has also been discussion regarding items left unattended on downtown sidewalks. The typical response to complaints is that we cannot remove items or that it is not feasible to do so. Having lockers available to the homeless has also been discussed by the BMA. It doesn’t seem that we are able to take any action to reduce or stop any issues related to vagrancy in our city. All we seem to be able to do is create opportunities to increase the problem of vagrancy.

In closing, I want to say that there is a good amount of frustration about the current state of vagrancy in our city from residents as well as from Downtown business owners. It is my hope that we can find a solution that provides relief to residents and business owners and one that is upheld by the courts and enact it. Enough talking … it’s time to take action! 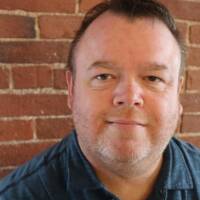