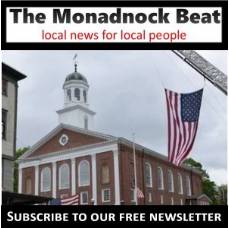 MANCHESTER, NH – The Diocese of Manchester says as of June 2018 it will be the 11th diocese in the United States to restore the order of the Sacraments of Initiation.

For more than a century, U.S. Catholics have received the Sacraments of Initiation out of their proper order, according to the Diocese.

Baptism is given in infancy. First Holy Communion or Eucharist is given in the 2nd grade, shortly after First Reconciliation, one of the Sacraments of Healing. And finally the Sacrament of Confirmation has been bestowed last, usually in the teen years as a sort of topper to religious education.

“Over the years, Confirmation took on characteristics of Protestant and Jewish rites of initiation into the faith as an adult.”

Because of this Confirmation over the past 100 years has begun to be thought of by many Catholics in the U.S. as an adult baptism or a Catholic’s adult initiation into the church similar a Jewish Bat or Bar Mitzvah.

“It’s not what we believe about it at all,” said Mary Ellen Mahon, Diocese of Manchester Cabinet Secretary for Catholic Formation & Director of Pastoral Ministry.

The Holy Spirit is received in Baptism, Mahon said, that gift is strengthened and sealed in Confirmation, and then receiving the Eucharist completes initiation into the church.

While the age of a Confirmandi ranges diocese to diocese, the Diocese of Manchester, for many years, has bestowed the sacrament to 10th graders, who after they receive it are no longer expected to attend religious education classes.

After June 2018, however, Confirmation and First Holy Communion will be given to 3rd graders.

The reordering or restoring of the sequence of the sacraments will have no effect on Baptism or First Reconciliation, which will remain where they are.

Mahon said in the early church the sacraments of initiation were given to adults over a three year period in which they would receive a sacrament a year in the order of Baptism, Confirmation and then the Eucharist.

Christians at this time were being persecuted by the Roman government. Then when Emperor Constantine came into power he began to encourage Christianity.

“When Constantine was the emperor he became very sympathetic with Christians so it got to the point where, to be a good member of the Roman Empire, you were Christian,” Mahon said.

At this time though, only a bishop could confer the sacraments of initiation. This coupled with the increased number of people entering the church led to the separation of the sacraments of Baptism and Confirmation, Mahon said. Since many at this point were receiving all three initiation sacraments in infancy it was decided that priests could baptize the babies and when the bishop was in town he would confer Confirmation, Mahon said.

Then, somewhere around the 1500s, Confirmation and Communion were both pushed out to the age of about 14, Mahon said, as these sacraments were tied to religious education and a spiritual readiness — as perceived by church leaders.

Then, in 1910, Pope Pius X moved Communion to the age of reason, which to Catholics is around the age of seven. Pius X, however, didn’t move the age a child could receive Confirmation so it “got left out there” for a century, Mahon said.

“Over the years, confirmation took on characteristics of Protestant and Jewish rites of initiation into the faith as an adult,” Mahon said. “It’s been that way since 1910 so most of the parents and grandparents would have that impression.”

“Since the 1970s we have had two contrasting sacramental practices in our parishes.”

On Sunday the Diocese released a letter to all parishes about the restoration of the sequence of the initiation sacraments.

“In Baptism, we are immersed in the death and resurrection of Christ. In Confirmation, we are sealed with the gift of the Holy Spirit. In the Eucharist, we sit with the community at the banquet of life which prepares us for the eternal banquet. Eucharist is, and should be, the ultimate peak of our sacramental life,” the letter says. “Since the 1970s we have had two contrasting sacramental practices in our parishes. On the one hand, those becoming Catholics, including children as young as seven, celebrated all three sacraments of initiation at the Easter Vigil. On the other hand, in some parishes the children raised from infancy as Catholics were told that they wouldn’t be ready for Confirmation until they were teens. Restoring the traditional sequence of Baptism, Confirmation, and Eucharist for Catholic youngsters will make us consistent in our practice.”

Included along with the letter about the sacraments was information about the diocese’s efforts to expand lifelong faith formation for Catholics of all ages.

“I don’t know truly how I feel. That you became a young adult in the church, a solider of Christ — do you understand that in the 3rd grade?”

At Divine Mercy Parish in Peterborough, parents began hearing about the reordering of the sacraments in June.

“I did a double take when father said … ‘Did you say three for Confirmation, third grade?” Ann Veverka of Hancock said in June.

Veverka, a member of Divine Mercy Parish, had two daughters receive these sacraments in May. Her daughter Clare, who was in the 10th grade, received Confirmation and her daughter Eryn, a 2nd grader, received First Holy Communion.

“I don’t know truly how I feel. That you became a young adult in the church, a solider of Christ — do you understand that in the 3rd grade?” Veverka said, but admitted she doesn’t know the history of these sacraments. “Is it any different? It’s new to us.”

“You understand more, but I feel you are not as excited,” Clare said, adding about her younger sister Eryn receiving first Holy Communion in May. “She was so excited.”

“You understand more, but I feel you are not as excited,” Clare said, adding about Eryn receiving first Holy Communion in May. “She was so excited.”

“It’s a gift. It’s a grace. You are being given that gift to have the graces you need to be better prepared as a Christian.”

Another parishioner, Lauren Zelko of Francestown, also had a 10th grader, Keegan, and a 2nd grader, Rowan, receive these sacraments at Divine Mercy in May. She didn’t like the idea when she first heard of it in June, but by August, after thinking about it, agrees with the changes.

When confirmed, Catholics take the name of a saint they wish to model their faith after and the Divine Mercy Parish 10th grade teacher of many years would have the Confirmandi write a report on their saint.

“My initial thought was I saw the value in what Keegan had in choosing his saint and writing his saint report …. He put a lot of thought in that. He saw a lot of value in connecting to the saint that he chose,” Zelko said. “So my initial thought was, ‘Gee a 3rd grader is not going to get the same value.’ However, I already knew the church history — that we are doing the sacraments out of order and it’s not consistent. So, like, my nieces and nephews in New Jersey get their Confirmation earlier, in 9th grade or 8th grade, and that I already knew that Maine has been doing theirs earlier.”

Ultimately knowing the history, that Confirmation had at one time been given to infants immediately following Baptism, Zelko said, she is all for the change as well as untying the sacrament from religious education.

“I see this step, to go back, as a positive from that perspective,” Zelko said. “It’s a gift. It’s a grace. You are being given that gift to have the graces you need to be better prepared as a Christian.”

Mahon said tying religious education to the sacraments has confused their meaning.

“We don’t earn them,” Mahon said of the sacraments.  “They are just extremely lavish gifts from a sharing in God’s life.”

Parents continue to have questions about how the sacraments will be given to the 3rd graders.

Starting in June the Diocese embarked on a year of prayer and preparing for this transition, Mahon said. During this year, priests and other church leaders are meeting with representatives from other dioceses that have made the change already, she said, in order to learn about how these they restored the sacraments and how they reached out to their parishioners about the change.

Bishop Christopher James Coyne, of the Diocese of Burlington, Vermont, has also reached out to the Manchester Diocese, since his Diocese is close to making this change as well, Mahon said.

Mahon said Bishop Peter Libasci has not announced yet how these sacraments would be conferred, at separate masses or at one.

“The Bishop hasn’t announced how it will be done, but ordinarily they (Confirmation and First Holy Communion) are celebrated in the same mass,” she said.

The Diocese of Portland, Maine, which restored the ordered of the sacraments 20 years ago, has one mass in which the children are both confirmed and then receive First Holy Communion.

“Our relationship with God and our knowing about God is a lifelong process just like any relationship — It grows gradually and we learn certain things at certain times,” Mahon said.

Mahon said, as the sacraments are restored to their proper order, the Diocese of Manchester is also calling all Catholics to participate more fully in parish life and to become lifelong learners of their faith.

“Our relationship with God and our knowing about God is a lifelong process just like any relationship — It grows gradually and we learn certain things at certain times,” Mahon said.

Meghan Pierce is a member of Divine Mercy Parish in Peterborough and the founder of Monadnock Beat — a news website featuring news, blogs, arts and entertainment, calendar listing and events of the Monadnock Region. You can reach her at meghan@monandockbeat.com.