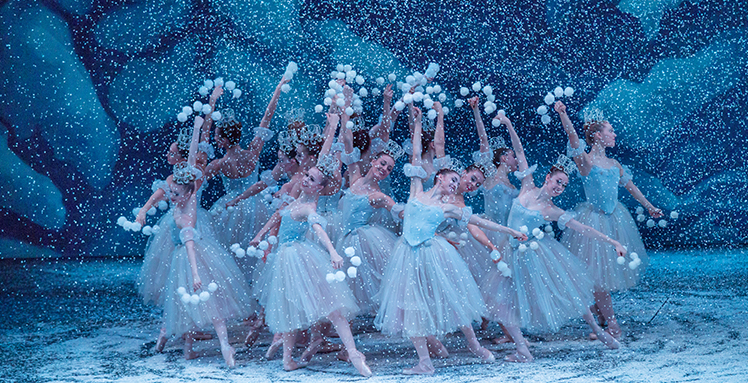 When I was a little girl my family brought my best friend and I to see “The Nutcracker” ballet. We got all dressed up in our nice flat, black shoes and poofy dresses. We giggled and gasped at the different scenes, sitting on the edge of our seats. I was fascinated at how the ballerinas twirled around on the stage and dazzled at the huge gorgeous Christmas tree. I left feeling enchanted. For years I’ve returned to Boston with my childhood best friend and we still get all dressed up. No matter how many times I go to see it, it never gets old, I still watch with magic in my eyes; still leave feeling like a kid.

“The Nutcracker and the Mouse King” was written by E.T.A. Hoffmann in 1816, it is a story of a little girl named Marie Stahlbaum, whose favorite Christmas toy (the nutcracker) comes alive and defeats the evil Mouse King and brings her to a magical land inhabited by dolls.

The Nutcracker ballet is one of the most successful and famous ballets today, but it wasn’t always that way. In December of 1892 the Nutcracker premiered in St. Petersburg, Russia, a performance of composer Pyotr Ilyich Tchaikovsky. The reviews of the choreography and compositions were, in other words, described as being dismal. However, Tchaikovsky’s compositions for the ballet didn’t get as bad reviews as the dancing did.

Tchaikovsky was given specific instructions or rather boundaries on the composition of each number, right down to tempos and number of bars. The composer felt his talents were being suppressed and was extremely unhappy with the end result of his musical role in the ballet. Tchaikovsky died at the age of 53, never seeing how successful the ballet had become.

It took decades before the ballet finally made it to the U.S. on December 24, 1944. However, the ballet did not become a Christmas favorite until 1954 when choreographer George Balanchine put his own spin on it, capturing the audience’s imagination, but also leaving key parts of the original nutcracker within the choreography.

The Nutcracker is the fourth best ballet in the world and has been adapted into many TV and film versions, such as, “Nutcracker: The Motion Picture” (1986) and “The Nutcracker in 3D” (2010).

You can enjoy The Nutcracker Ballet this whole month of December, playing in Boston, Mass., at the Boston Opera House, as well as in New York City at the David H. Koch Theater, or right here in Manchester at the Palace Theatre, performed by the NH School of Ballet on Dec. 29 (ticket information here).

Kelly Gadomski is a graduate of Souhegan High School and attends Southern New Hampshire University majoring in English. She lives in Mont Vernon and enjoys hiking, canoeing, reading and writing poetry, and spending time with family and friends. She works two jobs and is interning with Manchester Ink Link. She can be reached at frankesbud@yahoo.com.