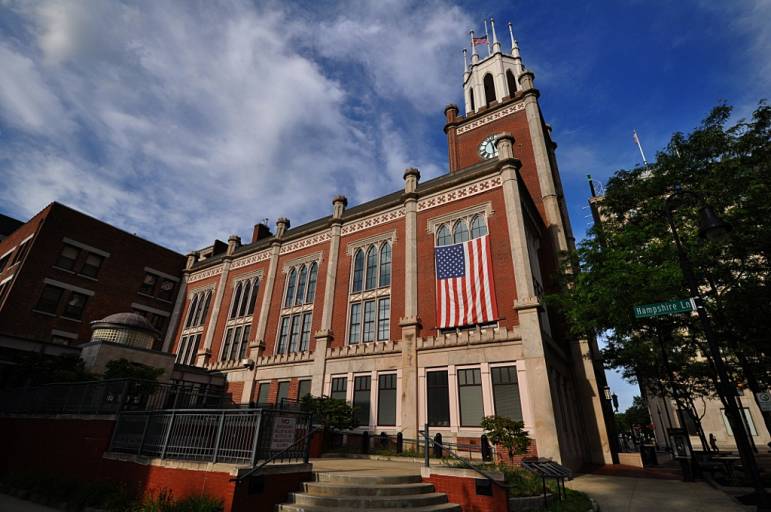 MANCHESTER, NH – It took the Board of Aldermen just under eight minutes to get through 26 agenda items on Tuesday night. Here are a few of the things that they approved (or didn’t) in that quick meeting.

A request by Manchester-Boston Regional Aiport interim director Thomas Malafronte to sell a piece of land in Londonderry was approved.

The land, a 17.57 acre parcel on High Range Road, was once used for a non-directional beacon site, but is currently not used for navigational purposes.

In a document within the Aldermanic meeting packet, Malafronte indicated that sale of the land would help support the airport’s operational budget while also reducing expense and liability associated with the land.

Authorization for the sale was delayed in February by Mayor Joyce Craig to allow for any residents interested in voicing an opinion on the sale to share their viewpoints if needed.

The total amount recommended by the Board of School Committee is $168,181,905. Manchester School District superintendent Bolgen Vargas recommended a figure of $170,332,345.

The hearing has been scheduled for 6 p.m. on Tuesday, April 10 at the Aldermanic Chambers in City Hall.

The Aldermen received minutes from the Manchester Transit Authority Commission’s meeting on January 30.

In a report to the MTA Commissioners, the MTA’s weekday bus routes reported a 17 percent decrease in overall monthly ridership compared to January 2017, but noted a 25 percent increase in Saturday usage.

Most routes saw year-over-year decreases in ridership, but there were significant increases on some routes such as the East Side Plaza line via Hanover Street (+105 percent) and the Hannaford Bedford Shopper Shuttle (+250 percent).