NASHUA, NH – Great American Downtown (GAD) is now in the running to bring a 10 -12 week live music series to Nashua during the summer of 2018.

Sponsored by the Mortimer & Mimi Levitt Foundation, a national foundation dedicated to strengthening the social fabric of America through free live music, GAD hopes to qualify as one of 15 winning organizations competing in the Levitt AMP [Your City] Grant Awards.

The Levitt AMP [Your City] Grant Awards are an exciting matching grant opportunity created by the Levitt Foundation to serve small to mid-sized towns and cities with populations up to 400,000. Up to 15 nonprofits will receive $25,000 each in matching funds to produce their own Levitt AMP Music Series – an outdoor, free concert series featuring a diverse lineup of professional musicians.

Great American Downtown submitted the proposal for Nashua. The proposed venue site is Parc de Notre Renaissance Francaise, where GAD regularly hosts programming including the Nashua Farmer’s Market and the Downtown Fall Music Festival. Nashua’s proposal is now posted on the Levitt AMP website for public voting. As we head into the final days of the contest, which ends on November 20th, we are currently placed in the low teens. We believe that with a final rally from the community, we can finish top 5, and be in a very competitive position to be awarded this grant. 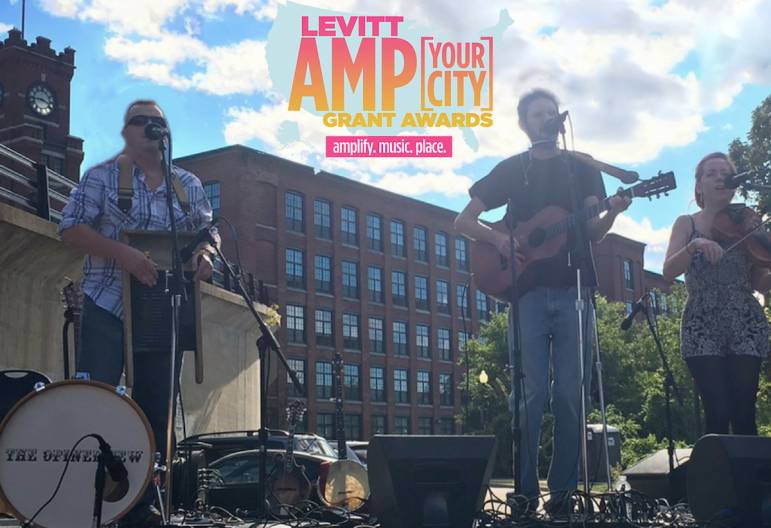 “The music series would amplify the expanding arts movement in our growing downtown and further our goal to enhance our community, socially and economically, with vibrant artistic and cultural offerings,” said Mayor, Jim Donchess in a letter to the Levitt Foundation.

A successful campaign for Nashua depends on community participation to get as many online votes as possible to bring the concert series to town. Community support, as measured by the number of online votes received, will be one of the key factors when the Levitt Foundation selects up to 15 winners.

Supporters are asked to visit https://grant.levittamp.org/voter-registration-page/ to register and vote. Online public voting is now open and ends November 20 at 8 p.m. Eastern Time. The Top 25 finalists will be selected through online public voting. The Levitt Foundation will then review the proposals of these 25 finalists and will select up to 15 Levitt AMP winners, which will be announced on January 2, 2018.

Great American Downtown is a 501(c)(3) nonprofit organization whose mission is to promote and enhance a vibrant commercial and cultural Downtown Nashua through business partnerships, event promotion and effective marketing. To learn more, please visit their website at http://www.downtownnashua.org/.