MANCHESTER, NH — On Aug. 29 a statewide candlelight vigil is planned at six locations, all beginning at 8 p.m., including Manchester, Nashua, Concord, Derry, Dover and Keene [see below for more information.]

Organizers Matt Conway and TJ Murphy have created the 10,000 Candles for New Hampshire event as a way of helping heal a community that has been wounded by addiction and suicide.

Everyone is invited to light a candle and mourn what has been lost.

But much more than that, the event is meant to be a collective call to action, as Conway and Murphy wholeheartedly believe the opposite of addiction is human connection.

There will be live music — vocal choirs at least in Manchester and Derry. No food. No drinks. 33 speakers across six locations telling their stories, about how connection helped them through their isolation and addiction.

Stories about how connection helps.

“Then we light candles, music plays and that’s it. So the message – and we borrow the popularized statement from (author) Johann Hari, who is a friend of ours — that it’s a time for New Hampshire to come together and hold our grief, and have a vision of coming together,” says Conway.

Together, Conway and Murphy are on a mission to spread the news that there is another way to live. Their organization, RecoverYdia — a hybrid word combining recovery + media — is hyperfocused on telling people’s recovery stories in video format.

Messaging will be around how connection is transformative for those existing in a lonely world of isolation.

Above: Dave Pothier, owner of Wilfred’s Barber Shop in Nashua, is a Combat Veteran who served three tours overseas from 2003 to 2007, once in Afghanistan and twice in Iraq. He was with the 3/6 out of Marine Corps Base Camp Lejeune in North Carolina. Dave shares with RecoverYdia how transitioning to barbering after the military has been therapeutic and how sharing his story and rebuilding his tribe has helped relieve the symptoms he experienced as a result of PTSD.

“We are trying not to muddy the message by getting into which is the best way to treat addiction or depression or any of that,” says Conway. “The message we’re trying to spread is about meaningful human interaction.”

Adds Murphy, “That’s right, we break it down and keep it simple: Bees evolved to live in hives, and humans evolved to live in tribes, and today the tribes are falling apart and there’s no simulation for it yet through screens. So, as people isolate they become lonely and anxious, they become depressed and they isolate more, so it’s no wonder we’re dealing with high incidences of antidepressant prescriptions, and suicides and suicidal ideation and anxiety and depression. It’s no wonder.”

Conway mentions the CIGNA Loneliness Study, released in 2018, which has informed a lot of what RecoverYdia is trying to address through their video storytelling. Gleaned from a 20-item questionnaire that assessed feelings of loneliness and social isolation, the survey of more than 20,000 Americans ages 18 years and older revealed loneliness as a national epidemic, highlighting the following statistics:

“It’s frightening but telling. We used that information when we first started going around to propose why we’re doing RecoverYdia,” says Conway.

Turns out the story of how Conway and Murphy started doing what they’re doing is just as compelling as the why. They first met 10 years ago, through a mutual connection — Murphy’s childhood friend was related to Conway’s ex-wife.

“We were this group of guys who’d all go fishing together, in Pittsburg, and we bonded over music and drank beers together, then we sort of drifted apart and life went on,” Conway says.

“And then I saw a story on the front page of the newspaper about my friend TJ, who I hadn’t seen in a decade, he was running a choir at the HOPE center in Manchester, the HOPE Ensemble, he was the co-founder and director at the time. I was like, ‘This will make a great story.”

So Conway went looking for Murphy and discovered they were both on a similar path — both in exile from tech industry jobs interested in telling hopeful stories.

“It was total synchronicity,” says Conway.

“So we got together and did a little writing on the back of a placemat and decided to start RecoverYdia — which is basically recovery media,” Conway says. “Regardless of what they’re overcoming, they talk about how they did it and how they’re moving forward, sharing their message now, as a way to help other people,” Conway says.

That this endeavor feels somehow meant-to-be is hard to shake — from their days of being tech nerds bonding over beer, to their mutual interest and commitment to the recovery movement — Conway, propelled by the loss of family and friends to addiction, and Murphy, who follows a 12-step program to maintain his own sobriety.

“Our main goal is to share recovery narratives, turning tragedy into triumph,” says Conway, who sees his life’s journey as a continuum. After 16 years in the tech industry, he recognized the need to take his skills and do something more meaningful with them, so he took a chance on taking a chance.

“I was working in healthcare technology and felt it was time to do something different. I had a realization that I was on the wrong side of the table. Or the way I like to describe it is I was climbing the corporate ladder and I realized the ladder was on the wrong building,” Conway says.

Murphy is a graduate of West High School who attended Keene State and then headed West, where he worked for Netscape in the 1990s, and other tech start-ups. He also has a music background and has found his niche promoting the HOPE Ensemble at recovery-related events around the state.

Today they both drive for Uber to supplement their incomes as they continue to develop and expand RecoverYdia as a community resource.

“We’re still fleshing out exactly what RecoverYdia can do and what kind of impact we can have. In promoting the 10,000 Candles event, we thought at first we’d get like a million followers on Facebook, no problem,” says Murphy. “That’s been harder than we thought.”

They’ve reached about 60,000 across social media organically, and that’s a good start.

“Now we realize we have to keep building a repository of narratives, and then we’ll be looking for funding to keep it going,” says Murphy.

The goal is to have an online repository of  500-600 recovery narratives that tell unique but relatable stories.

“It might be someone with an eating disorder, or someone who battled co-disorders of addiction and depression — whatever the scenario, there will be someone telling your story. The way we envision it is that you come to RecoverYdia, put in a little search information, hit play and have a bunch of screens filled with recovery narratives and affirmations. And through that, people will feel connected, and will understand who we are and why we’re doing it,” Murphy says. 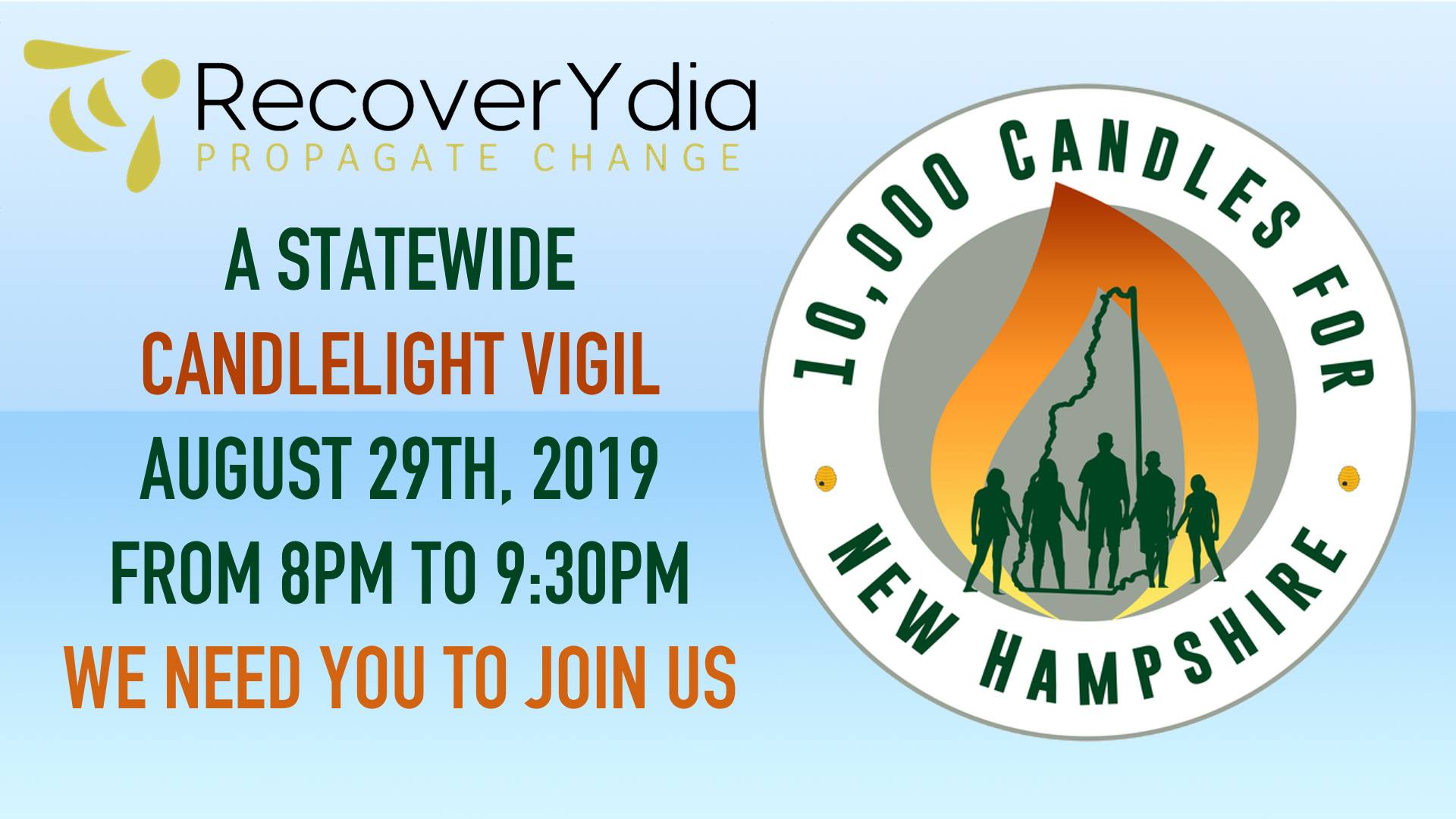