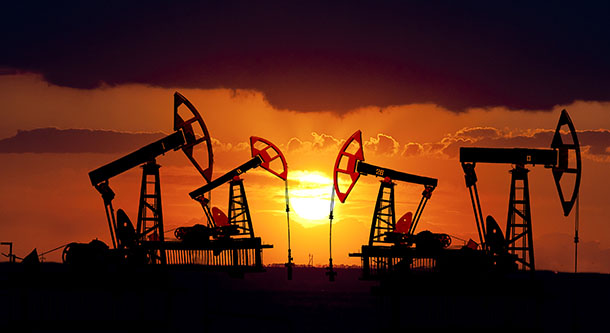 CONCORD, NH – Gas prices in New England and throughout the country continued to rise and are there highest recorded price so far this year. The near-term combinations of numerous refinery and pipeline shut downs, tightened access to supply levels in the Gulf and anticipated high gasoline demand surrounding Labor Day weekend, means motorists may not have seen the full impact of Harvey at the pump.

“Consumers will see a short-term spike weeks with gas prices likely topping $2.50/gal, but quickly dropping by mid to late September,” said Dan Goodman, manager of public affairs for AAA Northern New England.  “AAA does not expect refineries to be offline for months, as early reports indicate minimal to no significant damage to Corpus Christi and Houston refineries.”

The coming days, with Corpus Christi refineries working to come back online and Houston/Galveston beginning to dry out, will offer more insight into how long total recovery and restoration efforts may take.
Harvey has set a record for the greatest amount of single-storm rainfall for the continental U.S. Through Friday, the storm continues to threaten heavy rain to parts of Louisiana and eastern Texas (3 to 6 inches), and even move into western Kentucky (10 inches). In the Houston/Galveston area, flooding, not rain, is now the concern.
“The storm has had a devastating effect on the lives of so many,” said Marshall Doney, President and CEO, AAA. “Our regional AAA are working around the clock in Texas and in other affected areas to help our members in need, and our thoughts are with all of those impacted by this storm.”
Gulf Coast Refinery and Pipeline Status
As of Thursday evening, the Department of Energy (DOE) is reporting that 10 Gulf Coast refineries remain shut down. Six refineries have begun the process of assessing damage and restarting, which may take several days. Two refineries in the Gulf Coast region are operating at reduced rates. Refineries in Lake Charles, La., could shut or reduce rates as Harvey moves east. Additionally, DOE released 500,000 barrels of oil from the U.S. Strategic Petroleum Reserve – the nation’s reserve of crude oil. The oil will be delivered via pipeline to the Phillips 66 refinery in Westlake, LA. According to DOE, it will continue to review incoming requests for oil in the reserve, meaning that it could release more if deemed necessary.
In addition to refinery shut downs, several major pipelines continue to operate at reduced rates, have shut down or plan to shut down due to lack of supply. The Colonial Pipeline announced Wednesday evening it expects to temporarily suspend its gasoline, diesel and jet fuel pipelines. With its supplying refineries closed in the area, the pipeline operator cited reduced output as the reason for suspending its transportation operations. The Pipeline originates in Houston and supplies the East Coast.
“The shut downs do not indicate a shortage of gasoline supplies in the Gulf Coast region or across the country,” added Goodman. “These are preventative measures. Overall stocks in the Gulf are above average levels and will be available to drivers once power is restored and area roads are cleared.”
Refinery, pipeline and logistical problems on the Gulf Coast are expected to squeeze fuel supply delivery volumes to the Southeast, Midwest and Mid-Atlantic.
“Northeast refiners are stepping in and barging supplies to the U.S. Southeast, the Caribbean, Mexico and South America to offset the lack of supply from Gulf Coast refineries and pipelines shut down due to Harvey,” added Goodman.
To help alleviate concerns about fuel supply shortages as a result of the refinery and logistics issues in the Gulf Coast, on Wednesday the Environmental Protection Agency (EPA) issued a waiver requirement for low volatility conventional gasoline and Reformulated Gasoline (RFG) in 12 states: Alabama, Florida, Georgia, Kentucky, Maryland, Mississippi, North Carolina, South Carolina, Tennessee, Virginia, Texas, Louisiana and the District of Columbia. With the waiver, retailers in the aforementioned states are allowed to sell “winter blend” gasoline early.

Motorists can find current gas prices along their route with the free AAA Mobile app for iPhone, iPad, and Android. The app can also be used to map a route, find discounts, book a hotel, and access AAA roadside assistance. Learn more at AAA.com/mobile.