This is the story of how internet, pandemic and social media can come together for the greater good. If you know of and love Harry Chapin and his music, there are ways to support what he inspired throughout this piece. Included are events that benefit Why Hunger a non-profit Chapin and DJ turned business partner Bill Ayers started back in 1975. Other resources can be found below in the event section. For new and familiar names connected to the ongoing legacy of Harry Chapin, read on.

“To know is to care, to care is to act, to act is to make a difference.” Harry Chapin

On July 16, 1981 musician activist Harry Chapin (38) died in a fiery car crash on his way to perform a concert at Eisenhower Park not far from his home in Long Island, New York. Forty years later, his music and Why Hunger, the non-profit he helped create, continue his life work and message. Harry Chapin had a dream to end world hunger and poverty. He was astute enough to know that the issues of hunger tied in women’s rights, economics and politics and he was passionate about activating others to the cause. That cause has included well known musicians like Harry Belafonte, Bruce Springsteen and Billy Joel among others. The issues around hunger and women’s rights continue today. While the pandemic has put hunger back in focus, communication technologies can bring people together.

In the spirit of activating others and believing in the power of music to effect change, Jeff Pulver pulled together his worldwide community of friends. In a three-hour curated celebration of Chapin, his songs and his work, we got to listen to a dozen music artists hand selected to cover specific songs representing the various periods of Chapin’s short but powerfully influential career. Some of the performers are long known for covering Chapin’s tunes but several in their twenties (regular performers on the Jeff Pulver Show) were not aware of Chapin and were asked to learn and perform specific tunes. With a playlist of sixteen songs and conversations with friends and family of Harry Chapin, our live zoom audience witnessed first person reactions and commentary. We used the chat feature to expand the dialogue, minimize the distractions and enhance the overall feeling of connection and community.

Jeff Pulver helped change the way the world communicates. From the FCC Pulver Order in 2004 (which gave us all that we love about free and open internet communications) to best uses of Twitter and now video communications during the pandemic, Jeff is a pioneer in building networking communities of kindness and action-oriented friends.

From the event curated by Jen Chapin (Harry Chapin’s daughter) and Jeff Pulver, I learned about the people and organizations that launched out of Harry Chapin’s short life.

Rick Korn and Jason Chapin (Harry Chapin’s son) talked about the Harry Chapin documentary – When in Doubt, Do Something. Highly rated. High powered participants. Culled from 30,000 hours of footage.

Bill Ayes, co-founder of Why Hunger said Harry understood the root cause of hunger – he got it – they first became friends and then partners.

David Seitz, long involved in folk music, worked with Pete Seeger and Bruce Springsteen and recognized how much Seeger had influenced Chapin and how Chapin had passed the lessons on. Seitz was on his way to the concert when he heard the news on July 16, 1981.

Noreen Spingstead and Hillary Zuckerberg of Why Hunger

Stuart Marcus an organizer of the Just Wild About Harry Chapin tribute concert that has been held every year in Eisenhower Park since 2005. This park now renamed in Chapin’s honor was the concert venue Harry Chapin was driving to the night he died in that tragic auto accident.

Jason Colannino always wanted to be a musician. He got to see Harry perform and showed off an autographed photo of him on Harry’s lap made personal because of Harry’s son named Jason. Now, Colannino got to meet and sing to Jason Chapin who was with us at this event.

Dom Famularo, drummer, took music lessons from Harry’s father Jim Chapin. Dom was with Jim playing drums when the phone call came in on July 16, 1981. Dom said “Harry’s passion was so deep he sucked you in – Harry speaks from the grave – gets people to think – then get involved. This event is an act of moving forward to address poverty and hunger This is the power of Harry Chapin.”
And indeed, the power of community building with internet tools is amazing.

“When in doubt, do something.” Harry Chapin

July 26, 2021 Concert (in person)   Each year, more than two dozen Long Island songwriters, musicians and bands gather to play a concert of Harry’s songs; in essence, giving the concert he might have given that tragic night in 1981.
Here’s the official public page for information about the annual “Just Wild About Harry” show, held since 2005, paying tribute to the music of Harry Chapin, the late singer, Grammy Award-winning songwriter and social activist.

CHECK OUT THE MUSICIANS WHO PARTICIPATED IN THE JEFF PULVER SHOW:

Doug DeJoe kicked the show off with Taxi
Madison Mueller – Newly introduced to the music of Harry Chapin played I want to learn a love song. Lovely tender rendition said one viewer ‘puddle of tears voice and words said another
Scott Sivakoff played the harrowing song Sniper, Chapin’s response to the 1966 Texas Tower mass shooting
Colm Gavin –from Dublin Ireland played Stranger with the Melodies
Tempting Murphy – Toronto – talked about Canadian Gordon Lightfoot as closest to the storyteller in a Chapin kind of way. He played A Better Place To Be
Emily Sangder played- Tangled up Puppet – She said yes to Jeff asking her to learn and play it. She listened to Jason Colannino’s youtube posting rendition of it to learn it – before she learned he would be on this same event.

Aly Way played a haunting and spirited Flowers are Red on the marimba
Ryan Star offered so much power and energy with his rendition of Chapin’s best known song, Cat’s in the Cradle. He told a goose-bump inspiring story of watching his son, watching him, while he practiced for the show.

JOHN McMenamin played his favorite Chapin tune Corey’s Coming
Wes Hamil played Story of a Life and spoke to Chapin’s work relieving hunger and testified you can not heal the world on an empty stomach.

Caoinmhe Byrne calling in from Cork, Ireland finished the program in typical Chapin style singing All My Life’s a Circle with everyone doing their best zoom style to participate.

And as Dom Famularo retold the line Chapin said to him every time they met up:

Jeff Pulver ended by speaking to each of us as having the ability to effect positive change. “Raise awareness, take action, do something and you can change the world.”

Why Hunger was founded in 1975 by the late musician Harry Chapin and radio DJ Bill Ayres on the fundamental belief that access to nutritious food is a human right and hunger is a solvable problem in a world of abundance. Frame the solution to hunger as the right to adequate food and nutrition.

Donate or volunteer with Families in Transition.    You can also see the changes they’ve made during the pandemic

(and if you liked this communicast  – consider signing the donation, Harry Chapin Fan – that’s how many folks signed in at the Jeff Pulver Show) 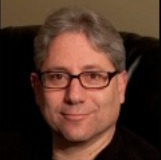