MANCHESTER, NH – On Wednesday at Lafayette Park, on the West Side of his home city of Manchester, gubernatorial candidate Steve Marchand announced his policy that would make New Hampshire a “Sanctuary State” for immigrants.

“Our federal immigration system is broken, and the words and actions of the Trump administration have taken a difficult challenge and turned it into a crisis. In New Hampshire, we respect the law and the constitution, and place public safety as a top priority. We expect the federal government to do the same,” Marchand said in his plan.

During the June 27 campaign stop, Marchand stood in front of a statute of Ferdinand Gagnon, a French-Canadian immigrant who as a journalist highlighted discrimination against French Canadians in Manchester in the mid-19th century. Lafayette Park was dedicated by the Franco-American Memorial Commission in 1957, the 200th anniversary of the birth of its namesake: Gilbert du Motier, the Marquis de Lafayette (1757-1834), who served alongside George Washington in the American Revolution. 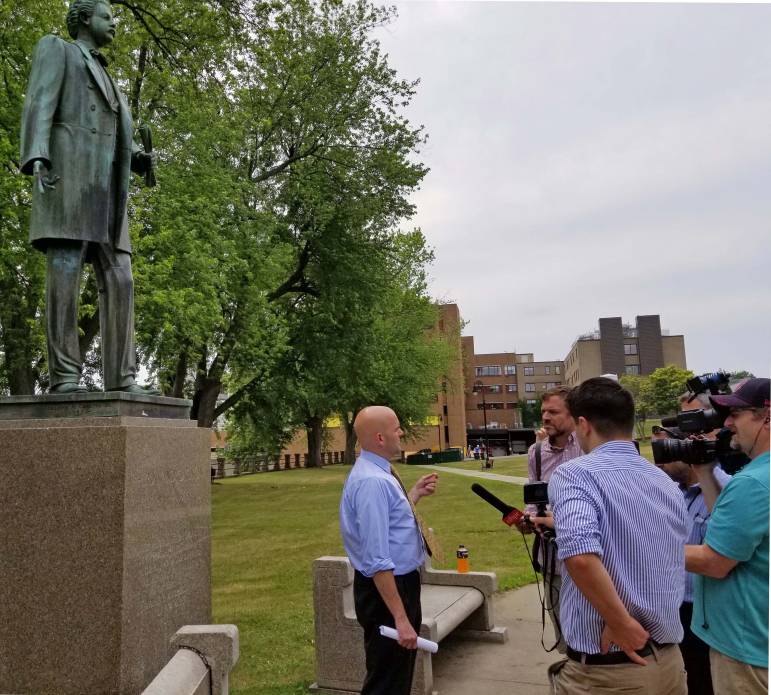