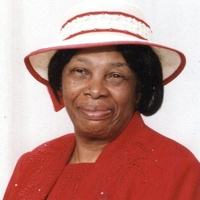 She was employed as an assembler with Carroll Cable for many years.

Devoted to her faith, she was a member of New England Pentecostal and Abiding Light Ministry. She hosted the Bread of Heaven program on Manchester Public Television for many years.

Calling hours are Thursday Jan. 17 from 4 to 7 p.m. at the Connor-Healy Funeral Home and Cremation Center, 537 Union Street, Manchester, NH.

A funeral service will take place Friday at 10 a.m. in the funeral home.  Burial will follow in Saint Joseph Cemetery, Bedford.

Friends are invited to the Episcopal Church 106 Lowell St. for a gathering and remembrance of her life.