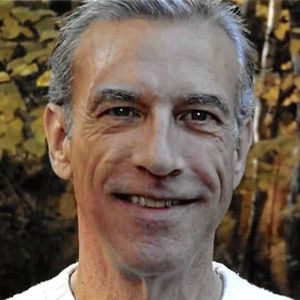 MANCHESTER, NH – Gregory P. Desaulniers-Gagnon, 65, of Manchester, passed away September 18, 2021, at Community Hospice House in Merrimack after a lengthy struggle with pancreatic cancer.

Greg was born on April 13, 1956, at Notre Dame Hospital in Manchester, the third child of Roland A. and Martha D. (Denison) Desaulniers. He attended St. Augustin parochial school and was a 1974 graduate of Manchester Central High School.

Greg was always interested in helping others and spent many hours volunteering for charitable organizations including the William J. Moore Center, the New Hampshire State Hospital in Concord and worked as both a teacher’s assistant and camp counselor for the NH Easter Seals School before enlisting in the U.S. Air Force in 1980.

Airman Desaulniers worked as a medical administration specialist at Lackland Air Force Base in San Antonio, TX. After separating from the Air Force in 1984, he attended area colleges in San Antonio to further his education in the medical field and worked for several years as a Licensed Nursing Assistant in hospitals and nursing homes before taking a position as administrative assistant and staff secretary for Manor Health Care Corporation prior to returning to NH in July of 1995.

In August of 1995, Greg met his future husband, Henry “Hank” Tidd-Gagnon, After a 20-year engagement the two were married at Grace Episcopal Church in Manchester on April 30, 2016, officiated by Rev. Doctor Marjorie A. Gerbracht-Stagnaro and Rev. Jane Van Zandt. While at Grace Church, Greg faithfully served as Eucharistic Minister, Lector, and was on the Altar Guild. He was elected as a delegate to the Annual Diocesan and national Episcopal Conventions by the Grace congregation and was an enthusiastic participant in ongoing Bible Study groups while a parishioner at Grave since being received into the Episcopal Church.

He was also active in volunteer ministries such as the New Horizons Soup Kitchen, the church’s Laundry Love ministry and Picnic in the Park ministry for Manchester’s homeless. Greg was also a licensed marriage minister and officiated several marriages over the years.

Mr. Desaulniers-Gagnon had a 26-year career as an alterations tailor and talented textile artist. During the Covid pandemic, Greg fashioned, sewed and donated hundreds of masks for family, friends, fellow parishioners and health service organizations. People who received Greg’s masks loved the array of colors, patterns and sizes they came in, often tailor-made for them specifically.

Mr. Desaulniers-Gagnon was predeceased by his parents; his brother, Douglas Desaulniers in 1975 and his sister, Lorraine Desaulniers Marsh in 2014. Greg also leaves behind a handful of lifelong friends, Scott Price, Donna Karwacki, Debbie Lindahl, Donna Ricker and Sheila (Anctil) Peters all of New Hampshire.

SERVICES: Calling hours at Lambert Funeral Home & Crematory, 1799 Elm St, corner of North St, Manchester, will be Thursday, September 23rd from 2 to 4 and 6 to 8 pm. The funeral service will be Friday at 10 am in Grace Episcopal Church, 106 Lowell St, Manchester. Please wear a mask in church. Burial with will follow in St. Francis Xavier Cemetery, Pinehill Ave, Nashua.