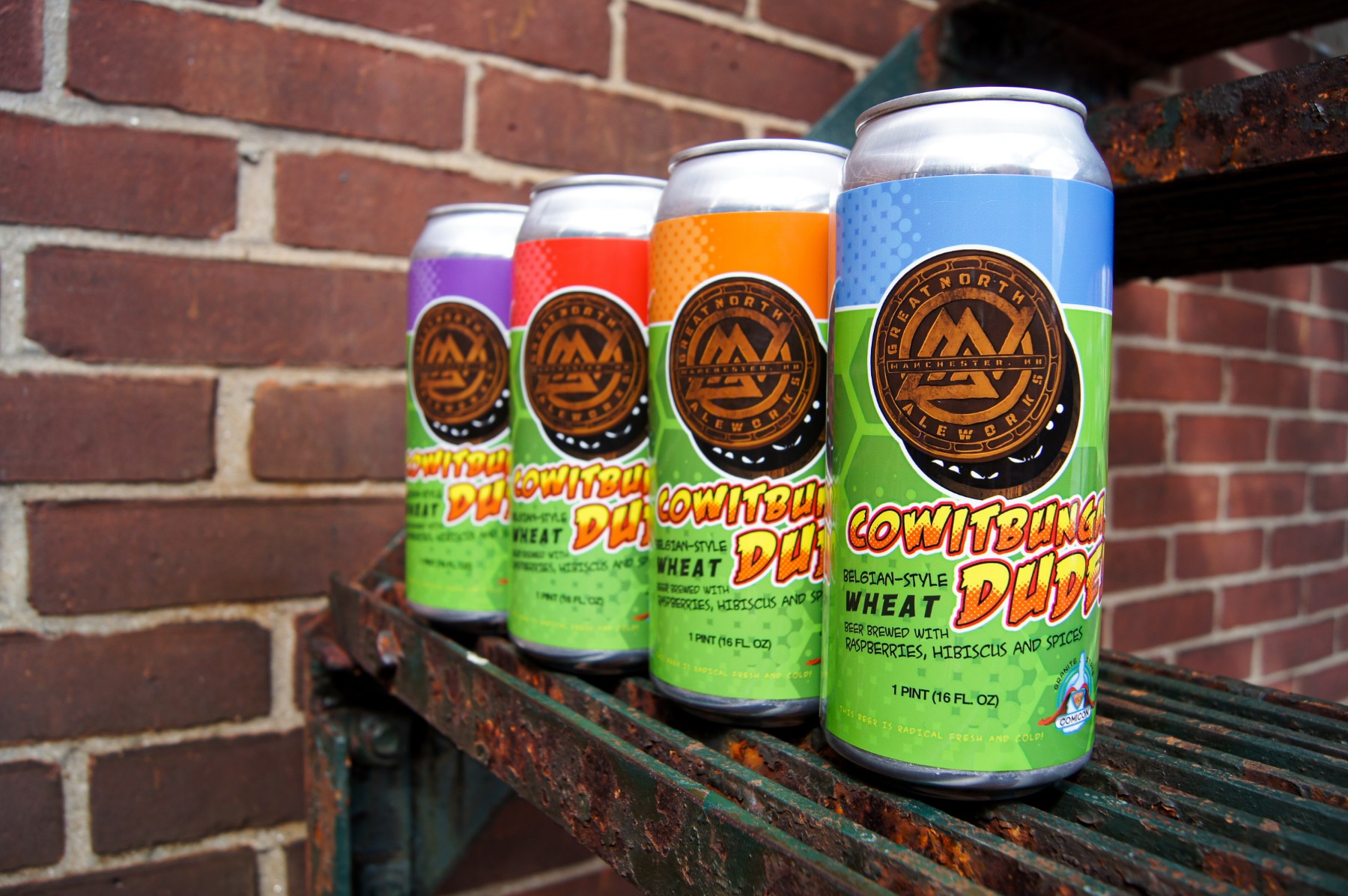 MANCHESTER, NH — For the first time in 16 years, GraniteCon, the state’s largest annual comic and pop culture convention, will have alcoholic drinks tied into the event.

Scott Proulx, co-owner of Double Midnight Comics in Manchester and organizer of the event, partnered with the folks at Great North Aleworks and Ancient Fire Mead & Cider, both of Manchester, to make drinks that may or may not imbue the imbiber with Turtle Power!

“We’re excited to work with other Manchester businesses to spread the word not only about Manchester comic con but about other cool places in the Manchester area,” Proulx said.

The two drinks that will be available over the weekend of the con are CoWITbunga, Dude! by Great North and Ancient Ooze by Ancient Fire. Both are styled after the mutagen ooze that seeped into the New York sewers to create the Teenage Mutant Ninja Turtles.

Lisa North at Great North Aleworks said they made 40 barrels of the CoWITbunga, Dude!, a Belgian style wheat beer made with raspberry and hibiscus.

“Our goal was to get a pink color,” North said.

She said the color was an homage to the original hue of the mutagen ooze. Later iterations depicted the ooze as green, and Ancient Ooze is tinged slightly green for that reason. 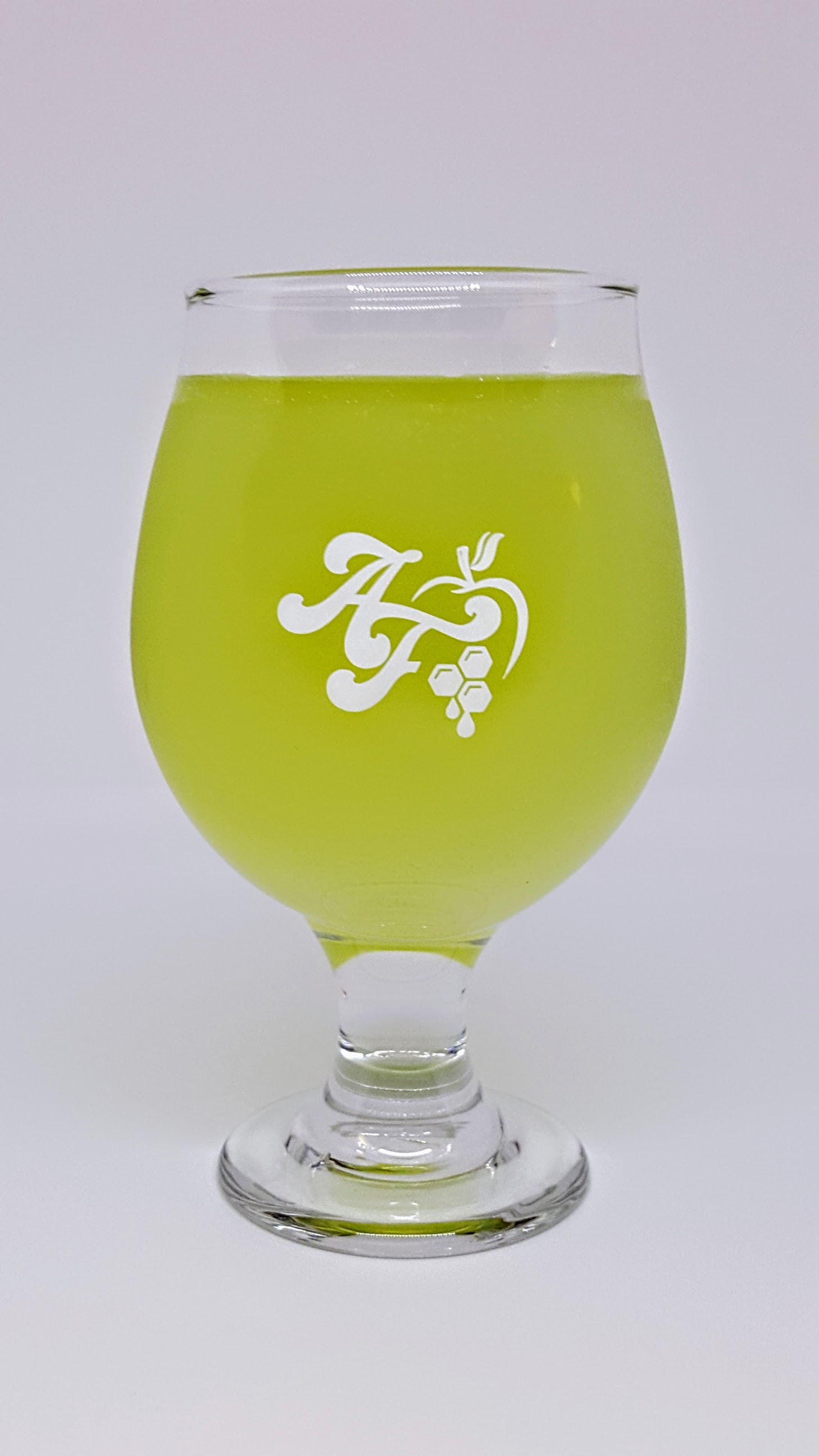 The beer will be on tap at the Penstock bar (formerly J.D.’s Tavern) inside the DoubleTree hotel (formerly the Radisson). North said the beer was officially launched on the last day of August.

Aside from the convention center, she said folks will also be able to find it in a handful of bars and restaurants around downtown, and their distributor is making it available statewide and in parts of Massachusetts as well.

When sold in 16-oz. can four-packs, the discerning fan will note that each of the four cans sport the color of each individual Ninja Turtle’s headband (blue, orange, red and purple).

“In all the beers we make in the course of a year, this is the one we had the most fun with,” Great North marketing manager Brian Parda said.

North said they would “absolutely” be willing to collaborate with GraniteCon again in the future.

“It’s a fun project and a good group to work with,” she said.

The brewery will be posting locations online for folks to be able to find the beers.

While Ancient Ooze will not be in the hotel, Ancient Fire will begin serving it at their tasting room at 8030 South Willow Street, building one on Thursday. It will also be on tap at Boards and Brews and Strange Brew, and as the guest tap at Great North Aleworks starting Friday.

“It’s mellow; it’s citrus but it’s not in your face,” Phelps said.

Proulx said Phelps experimented with a pizza-flavored mead (the favorite food of the Ninja Turtles) but ultimately thought better of it.

They made eight kegs to last the weekend and likely beyond. Prior to that, Phelps launched another comic con beer with a Star Wars theme called What’s Your Midichlorian Count? The tart cherry and lime mead was first launched in June and relaunched about a week ago.

He expects What’s Your Midichlorian Count? will run out this week before the convention starts.

Though most remember it as a popular kids cartoon in the 1990s, with subsequent live-action movies and several animated spinoffs, few today realize TMNT owes its beginnings to the original comic books created by Kevin Eastman and Peter Laird in Dover, New Hampshire in 1984.

Today, fans have turned back to the comic series published by IDW to follow the continuing adventures of Donatello, Michaelangelo, Raphael and Leonardo, with the recent introduction of a fifth female Ninja Turtle, and a momentous Issue #100 dropping later this November. The series launched in 2011 with Eastman collaborating on the story and page layouts. 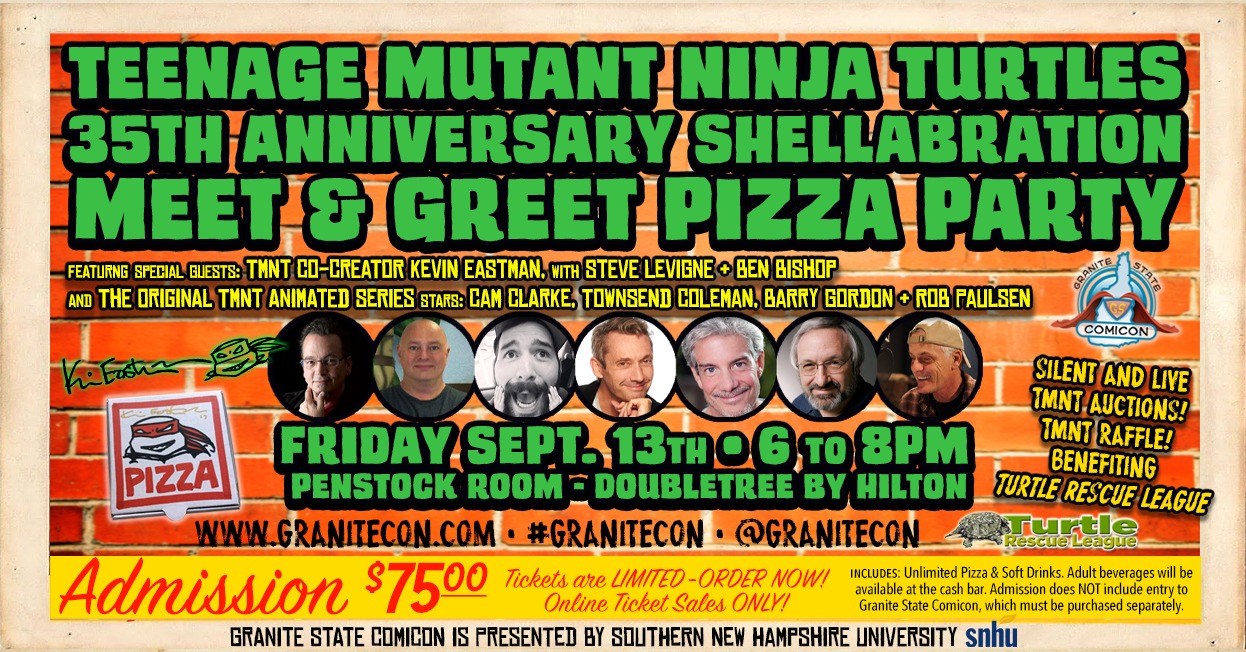 This year’s GraniteCon is heavily TMNT themed, with special guests like Eastman, half a dozen artists who have worked on the books, and the original four voice actors who first brought the characters to life when today’s young adults were kids watching Saturday morning cartoons in their Ninja Turtles pajamas.

A ticketed event was added this year for fans to hang out with these heroes in a half-shell on Friday night called the TMNT 35th Anniversary Celebration Pizza Party Meet and Greet. Tickets are $75.

Last weekend, event organizers hosted a scavenger hunt that involved over 20 businesses in Manchester, where a group of people wandered downtown in search of a turtle shell.

Phelps said events like that help people find his business when they may not have known about it before.

He also hopes to partner with local breweries to start a monthly “drink and draw” event.

Proulx first got the idea for partnering with breweries when he saw his friends at Carol & John’s Comic Book Shop in Cleveland, OH, do something similar during their Free Comic Book Day event.

Beer and comics also seem to be connecting more at the creator level. Maine-based comic artist Ben Bishop (who collaborates with Eastman on TMNT books and a creator-owned series based partly on Eastman’s life called Drawing Blood) designs the labels for Mason’s Brewing Company in Brewer, Maine.

Editor’s Note: Due to an editing error an earlier version of this story was incomplete.