Editor’s note: Laconia Daily Sun Managing Editor Roger Carroll, 59, experienced firsthand how the state’s mental health system works, and doesn’t work, when he went through a personal crisis in Nov. of 2018 and sought help. He writes about his experiences in three parts this week to shed light on that system and help remove the stigma surrounding mental health.

It was the week before Thanksgiving and my world had changed from that of a working journalist with the freedom to come and go as I pleased to being held in a locked psychiatric facility where staff checked on me every 15 minutes to make sure I was OK.

“Are you here voluntarily?” one of the other patients asked warily.

I was, but I wasn’t free to leave.

Another patient, a young man in his 20s, seemed to assume I was there because of a drug problem.

“But you realized you weren’t right in the head, so you reached out for help?”

“Right on,” he said, extending his hand across the table in the dayroom. “Good for you.”

I shook his hand and felt a tiny bit of my humanity returning, as if I were receiving a transfusion.

We were both in blue paper hospital scrubs, the kind designed to not bear the weight of a person who might try to turn an article of clothing into a makeshift noose. Our rooms had no electrical outlets and any metal handles that might be fashioned into a cutting device had been removed. The chairs in the dayroom must’ve weighed 60 pounds, presenting an obstacle to anyone who might be inclined to pick them up and use them as a weapon or toss them through the windows, which appeared to be some type of reinforced glass.

I was in the Designated Receiving Facility at Franklin Regional Hospital, one of a handful of such inpatient facilities in the state where patients go to be treated for mental illness.

I was there for four full days and parts of two others.

My journey started with a regularly scheduled Tuesday visit to my therapist at Lakes Region General Hospital. About halfway through the session, she escorted me down a series of hallways to the emergency department.

“I think you need more help than I can give you,” she said as we prepared to leave her office.

She was worried because of something I had done, but I also fit a certain profile.

According to my therapist’s notes, I had “multiple risk factors that include his age, his level of depression, feelings of hopelessness and helplessness, feeling trapped, known to be impulsive.”

In the emergency department, I was ushered into a small office with a triage nurse.

“Have you had thoughts of hurting yourself?” she asked after she had checked my vital signs and made some standard health inquiries.

I’d been thinking about it off and on for months. I had checked out guns online and identified a weapon that was big enough to do the job and within my budget. The day before my appointment I had gone looking for the location of a gun shop. I found it, and that morning I pulled into the parking lot, though I didn’t go inside.

Instead, I went to my appointment and told my therapist where I had been. I was scared.

I was no stranger to therapy. 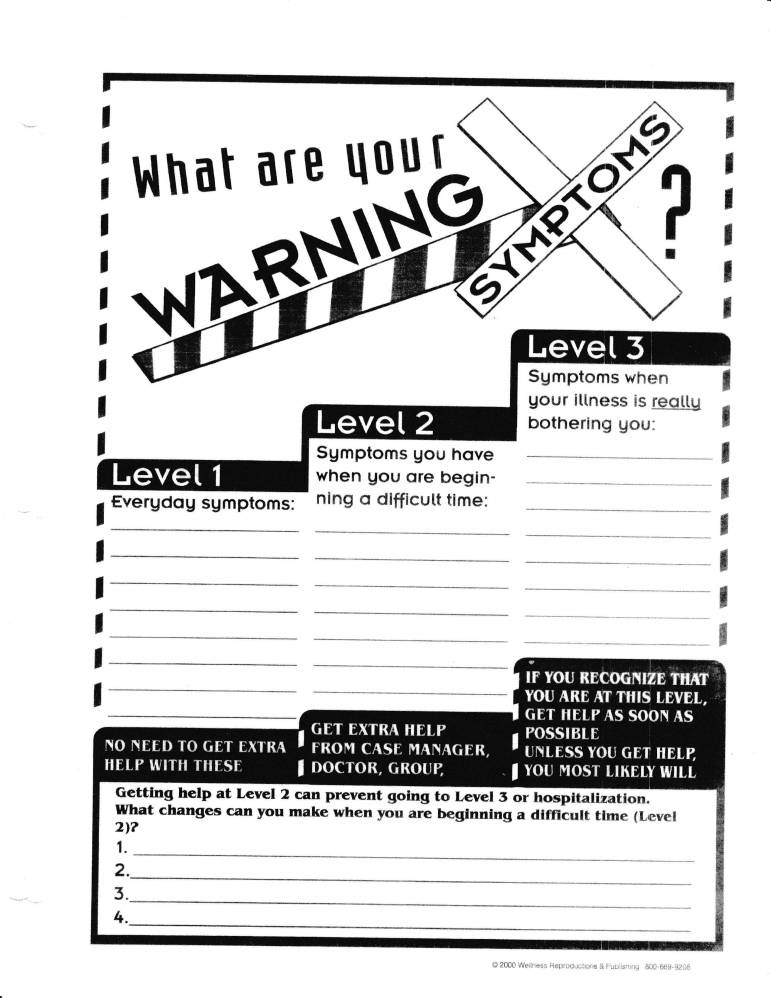 I had my first session when I was about 11. My mother thought there was something wrong with me because I had been acting out in school. By then, I had endured years of physical abuse at the hands of my stepfather and mother, who each battled alcoholism and struggled to raise seven kids. I was also sexually abused repeatedly by a teacher at my elementary school.

Yeah, there was something wrong with me.

I told none of that to my first therapist, but I was perpetually angry and it manifested itself in various clashes with authority figures over the years.

I argued every call on the basketball court as if the referees had it out for me personally. In eighth grade, I hit a teacher. In 10th grade, I picked up a plastic chair and struck a staff member “about the head and shoulders,” as it said in the successful court petition to have me declared a juvenile delinquent.

By then my mother had lost custody of her children and I was in foster care. I started weekly sessions with a psychiatrist and took an antidepressant through my high school years.

I graduated from high school — probably to the astonishment of some of my teachers — and went to college. Turned out, I wasn’t as bad a student as they all thought back home. I received my bachelor’s degree and happened into journalism, starting in radio before moving to newspapers.

Externally, at least, I appeared fairly well adjusted. Professionally successful, I married and became a father to a beautiful, smart, funny little girl.

She brought us joy, but something seemed to be missing. For instance, it didn’t seem like a huge deal at the time, but when my wife and I attended an uproariously funny movie, “Ruthless People,” and people all around me were in hysterics, I walked out of the theater with the realization that I had not laughed even once.

I was devastated when that marriage fell apart after just three years. I considered committing suicide and, even worse, homicide — thoughts I shared with my estranged wife — though I never made a plan or took steps in either of those directions.

But for a couple of months while living alone I was often paralyzed by depression and an emotional pain so debilitating that there were days I never got out of bed. When I did make it down the stairs, I languished for hours on the end of my ratty little secondhand couch, wallowing in self-loathing.

Fortunately, I connected with a forensic psychologist and for nearly three years drove an hour each way from Lebanon to Concord for my weekly appointment. The worst part was that my pickup had no radio, so all I had to listen to was whatever was playing in my head. That wasn’t always pretty. And for the second time in my life, I started taking an antidepressant.

The key to picking up the pieces, I discovered, was my relationship with my daughter. With my marriage over, I needed a new identity and I found it. Being Whitney’s dad was not only what I was, it became how I defined myself and allowed me to keep going. I felt like she had saved my life.

I told her that story on the Saturday before I was admitted to the hospital last month, when I went to say goodbye.

When I informed the triage nurse that I had formulated a plan to take my life, I was taken to a room down the hall in the emergency room. The sign outside said it was under audio and video surveillance. It had a reclining chair, a TV enclosed in wood and plastic, and nothing else.

Pretty spartan, I thought, and I took out my phone to take a video of my surroundings.

A nice man came in — a nurse practitioner, I found out later — and asked me questions about my state of mind. I teared up when I described what I was feeling and told him about my flirtation with the gun shop.

A few minutes later a burly man in hospital scrubs came in and introduced himself as Joe. He told me he was going to stay with me and asked a series of questions nearly identical to those I had already answered. As much as I wanted to hurt myself, I told him, I was not a threat to anyone else, answering a question he had not yet asked.

Joe parked himself outside my room and for the first time in my life, I felt like I was not free to go.

I was given ill-fitting paper hospital scrubs and told to change. Security took my phone, but I was allowed to use one of the hospital’s cordless phones. I called my current wife, explained where I was and why, and promised to call her back when I knew more. I can’t say she was surprised.

I was waiting for a bed to open up at something called “the Annex,” which is technically part of the Lakes Region General Hospital emergency department. It’s a six-bed facility where people are parked until doctors can make arrangements for patients to enter a facility and get treatment.

There is a bottleneck for people trying to access mental health treatment in New Hampshire, and hospital emergency departments are where the system backs up.

According to a July 2017 report by the state NH Department of Health and Human Services, the number of people sitting in emergency departments like the Annex while waiting for a bed to open up at an inpatient psychiatric facility averaged between 32 and 46 on any given day in the previous two years.

And there were days when that number spiked.

“The number of NH residents waiting in hospital EDs for admission to inpatient psychiatric treatment has more than tripled since 2014, exceeding 70 across the state on several days in the past year,” says the state’s 10-year strategic mental health plan, which was released last month, the day after I got out of the hospital.

The reasons for that vary, according to the DHHS report, but some of the factors include a shortage of psychiatric beds and a shortage of step-down treatment sites like short-term residential facilities.

A shortage of beds is only part of the problem. A shortage of nurses also plays a role in determining whether a bed is available. As one mental health provider explained to me, even when beds might be unfilled, if there aren’t sufficient nursing staff to meet the staff-to-patient ratios deemed necessary to provide adequate care, those empty beds might stay empty on any given day.