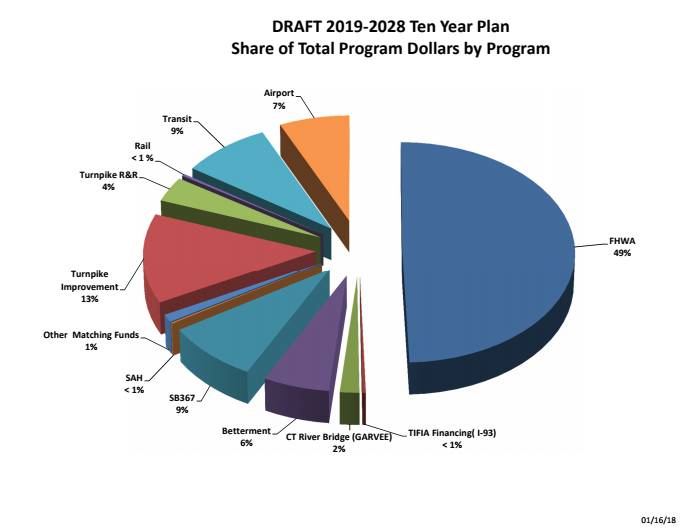 It assumes level federal funding of about $185 million annually, and addresses the highest priorities from each Regional Planning Commission.

Sununu refers to the draft as “financially sound” and in alignment with the priorities expressed by communities as well as entities, such as NH Department of Transportation and the Governor’s Advisory Commission on Intermodal Transportation (GACIT), during public hearings.

Below is the full report, and also the full text of the letter from Sununu to Rep. Mark McConckey, who chairs the House Public Works and Highways Committee. The letter summarizes the results of the 23 public transportation hearings held in 2017, and notes the broad interest raised in alternative modes of transportation, including rail, transit, bike/pedestrian projects and aeronautics.

It also outlines Sununu’s decision to not bring forward to the Governor’s Council a proposed toll increase. In rejecting the toll increase, Sununu cited concerns aired with the decision-making process, and the potential financial burden to businesses and lower-income residents.