WOLFEBORO, NH – A tiny team of Girl Scouts won the state FIRST LEGO League tournament in Windham on Sunday, Jan. 16, qualifying for the World Festival in Texas this spring.

Years of teamwork, experience, and determination paid off for the Electric Llamas of Wolfeboro, who have been competing in this level of FIRST Robotics, open to grades 4-8. The competition requires participants to program a small robot to complete a variety of tasks unassisted – this year with a theme of transportation, called Cargo Connect, in which competitors are asked to “build creative solutions that will revolutionize the future.”

The Electric Llamas are all Girl Scout Cadettes, and attend Kingswood Regional Middle School. They are Adrianna Noel, 14; Avalyn Lambert, 13; and Evelyn Hafner, 14; all of Wolfeboro. They, along with other members over the years, have competed at LEGO League for six years. They also won the Innovation Project Award at a qualifying tournament in Merrimack on Dec. 11. They created a concept for a GPS device called NAVii that would aid truckers on the road, similar to Garmin and Waze.

To win, the girls created a presentation that explains the concept, explained it in-person to a team of questioners, and even created a commercial for what they hope will become a real-life device.

The team used their Girl Scout connection to investigate the needs of truckers through a former Girl Scout council member who now drives a large truck, Deb King with Lily Transportation. They got to see the inside of her vehicle and learn just what it takes to deliver the goods across the country.

“It was kind of intimidating at first,” said Avalyn. “They have to use one major system – Garmin. It’s just a regular navigation system, but it has things like weight and stuff. Our project – it’s just better, more inclusive. It would update constantly. Deb said they didn’t update at a constant rate, so truck stops or rest areas would be closed.”

The Electric Llamas plan to travel to Texas to compete with teams from around the world. BAE Systems is paying their $1,000 competition registration fee, but the team now needs to raise the money necessary to travel to Houston for the April World Festival.

“This is just unbelievable!” said Briar Rose Lambert, team coach, Girl Scout troop leader, and mother to Avalyn. “The judges told us later that the tipping point between the top two teams was the girls’ energy and teamwork. Their level of respect for each other and general love of working together was what inched them ahead!”

This team has also produced the kind of leaders who truly make the world a better place. In 2020, as part of the FIRST challenge that year, the team proposed the renovation of a building in Wolfeboro, including architectural plans, to make it a community center. They not only proposed the idea to the town selectmen, they crafted a warrant article to fund a study, which voters passed after a live presentation by the Girl Scouts. That project continues today. Former members of their team, now past the age eligibility for FIRST LEGO League, are working to earn Girl Scouting’s highest honor, the Gold Award, by working to make this project reality.

One of the four pillars of the Girl Scout Experience is STEM. The Electric Llamas are an inspiring example of girls can achieve when given the opportunity. Girl Scouts of the Green and White Mountains, the council assisting Girl Scouts across New Hampshire and Vermont, is bursting with pride at the achievements of these girls.

We Are Girl Scouts

Girl Scouts bring their dreams to life and work together to build a better world. Through programs from coast to coast, Girl Scouts of all backgrounds and abilities can be unapologetically themselves as they discover their strengths and rise to meet new challenges—whether they want to climb to the top of a tree or the top of their class, lace up their boots for a hike or advocate for climate justice, or make their first best friends. Backed by trusted adult volunteers, mentors, and millions of alums, Girl Scouts lead the way as they find their voices and make changes that affect the issues most important to them. To join us, volunteer, reconnect, or donate, visit girlscouts.org. 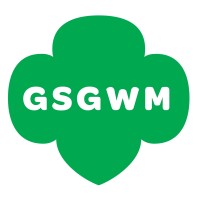 Girl Scouts of the Green and White Mountains