“She will have a mystic survival. She was the greatest. The rest of us will be forgotten, but never Judy.”

I am a Judy Garland fan, and I have been for years. The Wizard Of Oz, (learn more about the Wizard Of Oz here) although a masterpiece, did not specifically win me over, what did was watching Garland’s films and coming to the conclusion that she was not a one-trick pony. The performance of Dorothy Gale is, as most agree, iconic to say the least. Her dancing, her vocals and her acting were flawless and in each of her films she consecutively hit the bulls-eye until her series of descents, (each followed by a series of successful comebacks, of course, until her last,) caused by the very machine that created her.

I had to bring myself to the acceptance multiple times that this was not going to be a sing-along film, nor was it going to be as immersive (at least for me) as, say, Bohemian Rhapsody.  I was secretly hoping the filmmakers would have deviated, just for a few minutes to include Garland’s era of magic, lending a broader scope of her heights in stark comparison to her end. I hoped Zellweger would have belted out her version of “The Man That Got Away,” but…really…you cannot ask that of anyone.

To grasp the buzz surrounding this film you should know who Garland is. If you are unfamiliar or do not understand her pure genius, learn a bit of her background, and watch a video or two of her performances, before seeing the film, or simply, read on.

The production values and visuals are beautiful, especially the flashbacks to MGM. The costuming is stunning. Shrewdly, director Rupert Goold advised Zellweger not attempt to imitate Garland’s voice, instead directing her to make Garlands songs her own. The Oscar-winning Zellweger is a credible actress with an ample voice able to handle one of the toughest genres of film, the musical, as we witnessed in her exceptional role as Roxy Hart in Chicago. She certainly deserves to be commended for taking on the role of Garland.

What makes Judy Garland … Judy Garland, are her soul-shaking powerfully-potent vocals. Not only did she naturally have “that voice” she was also mentored in her early years by another formidable powerhouse of her own time, the late Sophie Tucker. Talk about iron sharpening iron. (To learn more check out the Amazon Prime,4.5 stars rated documentary, The Outrageous Sophie Tucker, directed by William Gazecki) 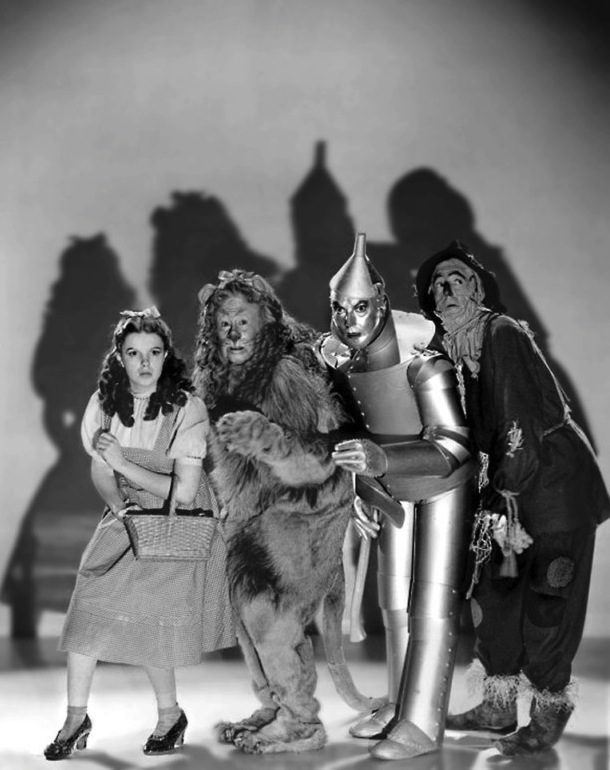 Her versatility is indescribable. She was a triple-threat legend when the title was earned, not given. Triple-threat meant you were able to act, sing and dance with exceptionally equal fortitude. She was employed by MGM the pinnacle of studios, which reigned indisputably head and shoulders above other studios during Hollywood’s Golden Era. How many times have you heard anyone compared to her? (Outside of impersonators, Jim Bailey comes to mind.)  You more than likely won’t, because comparing a singer to Judy Garland’s level is almost sheer blasphemy. Garland’s worst performance is better than others best, with the exception of very select fellow icons the likes of Frank Sinatra, Ella Fitzgerald and Nat King Cole, all of whom are of quintessential status for a reason. Not because we have “deemed” them so but because they have surpassed any and all standards before them and their body of work will continue to echo through the cosmos long after we are gone.

She has rightfully been referred to as one of the greatest performers of the 20th century. Think of the gravity of that statement for a moment. Icons called her an icon. Fred Astaire is quoted as saying, “Judy Garland was the greatest entertainer that ever lived.

Should we know about her tragedy? Absolutely, and to this end, the story was well told. This film shows the downfall of a star as it is based on the play End Of The Rainbow, however, unfamiliar audiences may simply chalk Garland up to some other drug-addicted persona, not really worthy of a second thought.

The film does not show the gravity of the star herself or how captivating she truly was. Garland was not a vixen. She didn’t have a bombshell physique, yet it was difficult to look at anyone else when she appeared on screen. The audience gravitated towards her and even though she wasn’t the typical Hollywood glamor girl like her counterparts Liz Tayor or Heddy Lamar, Judy Garland had something within her that thwarted everyone else, surpassing physicality. Something that could not be touched or seen, yet it was more powerful than anything tangible, and clearly given her cult status, fifty years after her death it remains.

She reopened the abandoned Palace Theater in NY breaking all previous records, playing to a sold-out 1900 seat venue, for 13 shows a week, and is credited with the revival of vaudeville. Fayard Nicholas of the one-and-only Nicholas brothers (learn more about the Nicholas brothers here) saw her performance claiming that when she closed with “Somewhere Over the Rainbow,” there was not a dry eye in the house, including himself. Additional audience members likened her performance to a revival meeting with fans shouting, raising their hands and running the gamut of emotions. But, this did not only happen in only one show, she did this over and over again, continuously during the course of her career, as it was innate, even moving television viewers to their emotions.

She was not simply talented. She had something gifted by the ethereal that deserves to be shared with a new audience, proving to a younger social media-fed, selfie-generation, that what is within is greater than what is without, and although her life was shorter-lived than seemed just, for the time she was here, not even her addictions could stop her from consistently gripping the very soul of her audience. No pyrotechnics, no special effects, no green screens. Simply a pure, instinctive unadulterated voice.

A tornado touched down in Kansas on June 21, 1969. Garland died in London the following day. Given the seven-hour time difference, many fans believe that the tornado hit, the same day Judy Garland passed away, and considering her meteor-like, larger than life…life, that truly resembled a “twister,” it would only make perfect sense that her exit would be poetically punctuated.

When asked about her entertainment career, Garland replied, “I was born to do that…” and the mere fact that we are still talking about her today, proves she was correct.

If you found Zellweger’s performance mesmerizing, do yourself a favor and meet the real Judy. As she states in the song, “Do It Again,”…  “You won’t regret it.”

Constance Cherise is a classic film aficionado. Reach her at constance.cherise@gmail.com