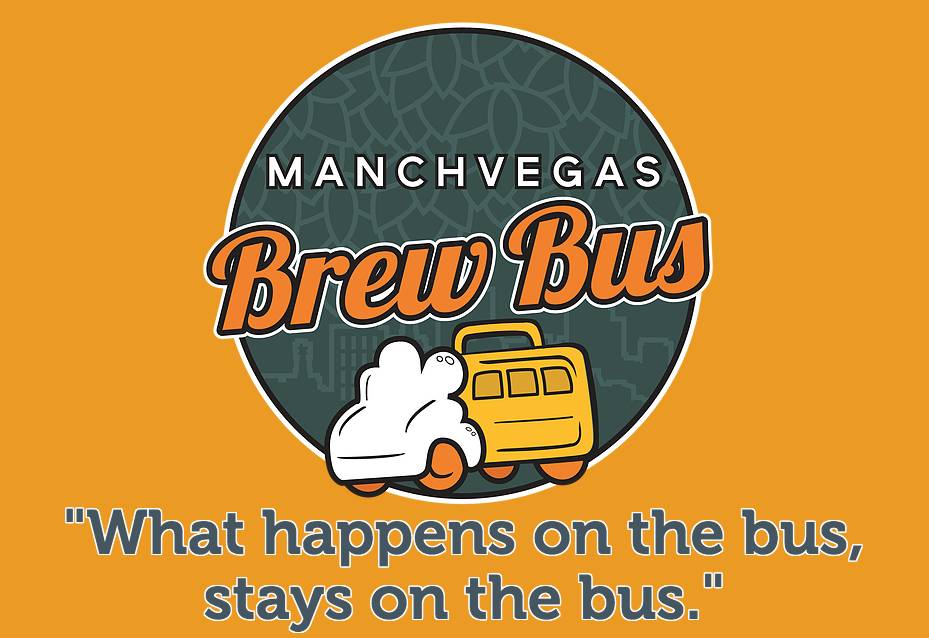 MANCHESTER, NH – This is the story of how big ideas become reality. More specifically, it’s the story of a young fun-loving couple with a mutual admiration for the city’s growing craft beer scene, who decided that in order to live their best life together it was time to shake things up.

Although it may seem like it’s all happening so fast, it’s an idea that has been germinating. Alli says she was somewhere between Boston and Manchester, on her way to meet up with her hubby at Great North Aleworks, where she hosts an original open mic night [you may know her by her stage name, Alli Beaudry] when an Easter Seals bus passed her on East Industrial Drive.

“I thought oh my God, why don’t we open a brew bus, one that takes people to all the breweries in the Greater Manchester area. It’s the best of both worlds we’re currently involved in, and it would be such a great adventure,” says Alli. She couldn’t wait to share her brainstorm with her husband. They shared a pint and let the idea ferment. By the time open mic night was over, they’d pretty much formulated a simple business plan:

Oh, and come up with a catchy slogan: “What happens on the bus stays on the bus.”

That was really all it took for Bill to quit his day job on Monday and join his wife in hitting the hoppy trails together – investing in a 2017 Ford transit cargo bus, commissioning a logo, registering their business with the Secretary of State’s office, naming Alli as CEO, and launching the city’s inaugural Manchvegas Brew Bus Tour business.

Although it’s not the region’s first beer tour business, it’s uniquely Manchester. Both Alli and Bill are homegrown in the Queen City, and they’ve settled in for the long haul, with a house and a toddling daughter and an old cat and a loyal pooch.

“It’s the best of all worlds we’re currently involved in, and a great adventure,” says Alli. “For us, it’s all about quality of life and living our best life, being young parents and being so involved in the industry – me in music and Bill in trivia. It’s such a fun thing to bring to the city at a time when the craft brew scene is exploding.”

The Seneys have spent the past few weeks in talks with a handful of local breweries to map out some initial tour packages. All tours begin and end at Backyard Brewery, the tour bus hub stop.

“We’re planning for four different tours and sticking to the roots of Manchester as much as we can. The farthest we’ll be traveling for now is Able Ebenezer in Merrimack, and Pipe Dream in Londonderry, with plans to eventually expand the tours,” says Alli.

“In this new chapter of our lives, we’re very aware of how many parents will bring their young kids out with them to a craft brewery to socialize and have a pint. It’s a change of culture, and it’s such a positive thing – young families still being able to get together over their love of craft beers, obviously in a responsible way,” Alli says.

It’s not unusual at Great North Aleworks’ open mic nights (from 6 to 8 p.m.) to feature their little one, Alton, on egg shaker, dancing up a storm while mommy sings some tunes.

“And that’s where we are in our lives right now. We want to have a great time, be responsible, make sure people get home safe, and enjoy the things we love,” Alli says.

Bill sees the Manchvegas Brew Bus as a win-win for everyone.

“We’re making it a thing, and not just from the breweries’ perspective, but from the drinker’s perspective. Instead of going to a place and experiencing it with a friend, now you can go with a group of people, some of them strangers, and maybe you’ll become new friends,” says Seney.

“I’m not saying you’re going to meet your wife on a brew tour, but you never know – we had two people from our wedding party who met at our wedding and got married. So maybe we’ll be playing matchmakers as well as doing trivia on the bus.”

Depending on what’s happening out in the world, tourists will experience everything from live music to cornhole tourneys. The Seneys are also looking to book private parties and celebrations – the long view has endless possibilities.

There are rules – no drinking on the bus, be on time, and – if someone should overindulge during the tour, an Uber or safe ride will be arranged.

But mostly, they Seneys anticipate a mobile party atmosphere, which will include bottled water for the ride, and pretzel necklaces to identify tourists once they reach their destination.

“Right now it’s to infinity and beyond,” says Alli. “I was chatting with my girlfriend who’s an instructor at Barre Life, and we talked about doing a Barre Hop tour. The possibilities are endless, and we’re really excited about connecting with the community, and with other small businesses to create some fun tours.”

All that’s left is getting the vinyl wrap on the bus before they officially launch. However, if you’d like a sneak preview of the bare beer bus, Manchvegas Brew Bus unwrapped will be on display March 15 at the Millyard Museum’s Beer Tasting event, 5:30-7:30, where Alli will be providing entertainment and Bill will be showing off the bus.

After powering through a week of meetings, including with the city’s Economic Development team, the website is fully operational and open for booking, with the first tour ready to roll by early to mid-April.

“We felt like if we don’t do this someone else will. Everything’s moving quick, but the energy is high – as is the buzz of people supporting it,” says Alli. “And that’s where we’re at –  that’s our life now. We’re crazy multi-taskers, chasing a toddler and driving the beer bus.”