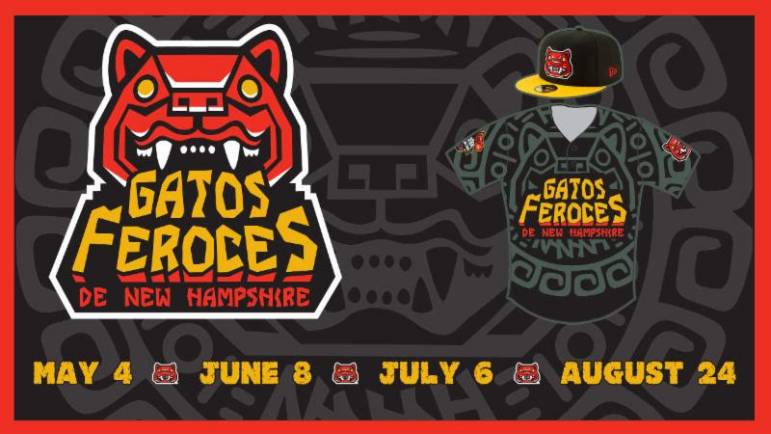 Joining 71 other minor league teams across the country, the Fisher Cats will change their name and wear special uniforms during four Copa De La Diversion games, celebrating the culture and values of Latinx communities with music, specialty food, pregame performances, fireworks and much more.

Their Spanish nickname directly translates to “Ferocious Cats,” a mix of the Fisher Cats’ nickname and their motto of “Ferocious Fun,” with a logo honoring Mesoamerican cultures.

“We’ve been looking forward to this unveiling for a long time — I think this is one of the best alternate logos and jerseys we’ve ever had,” said Fisher Cats President Mike Ramshaw. “From the excitement around players like Vladimir Guerrero Jr. to hosting special events like the Liga Latina All-Star Game last year, the Latinx community continues to be a growing part of our fanbase, and we can’t wait to put on a great show with the Gatos Feroces over the course of the season.”

More information about this promotion and other promotional nights on the Fisher Cats’ schedule is available at www.nhfishercats.com.

*Headline translation: The Ferocious Cats are arriving in Manchester

About Andrew Sylvia 2144 Articles
Born and raised in the Granite State, Andrew Sylvia has written approximately 10,000 pieces over his career for outlets across Massachusetts, New Hampshire and Vermont. On top of that, he's a licensed notary and license to sell property, casualty and life insurance, he's been a USSF trained youth soccer and futsal referee for the past six years and he can name over 60 national flags in under 60 seconds according to that flag game app he has on his phone, which makes sense because he also has a bachelor's degree in geography (like Michael Jordan). He can also type over 100 words a minute on a good day.