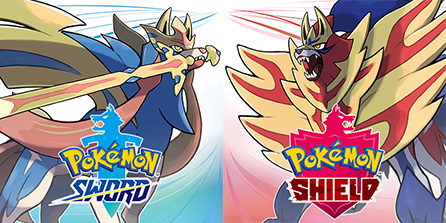 Quick question…have you ever CAUGHT THEM ALL?! WELL NOW IS YOUR CHANCE! Pokémon has been the center of the gaming universe since I was literally in 6th grade and it is still going strong! There’s nothing more globally popular! (Fortnite is trying its best!)

Admittedly I have only come within 40 Pokémon away from a COMPLETE Pokedex, but hey maybe I should dust off my Nintendo and get back in the game!?

It is amazing to see in October 2020 that Pokémon is getting a new DLC ( aka ‘DOWNLOADABLE CONTENT’) for the Nintendo Switch! There are now over 800+ Pokémon to catch, raise and battle in the entire series! You should seriously consider coming along to join the epic fun! This iteration of Pokémon might as well be my favorite due to the amount of content they have just released! So to help keep everyone who isn’t familiar up to speed, come join me as I tell you all about this fantastic game that is Pokémon!

Sword and Shield takes place in the Galar region, based on the United Kingdom. As with all regions, Galar consists of a number of cities and towns connected by routes. Players occasionally battle Trainers in cities, towns, along routes, and in the Wild Area. The driving force bringing players to travel around the Galar region is to take part in the Gym Challenge, an open-tournament to decide the greatest Pokémon Trainer in the region, dubbed the Champion! To help you get along through the initial storyline, I have attached my favorite guide that I used while playing this marvelous game. Click here to see ‘Pokémon Sword & Shield Gym Leaders: who they are and how to beat them all.’

OK, so now that you have defeated the league, got dubbed champion and received that sweet Charmander from Leon, you can now enjoy the first expansion, The Isle of Armor, added in June 2020 and the second expansion, The Crown Tundra, added JUST LAST WEEK! The Expansion Pass gives you two new locations to explore: The Isle of Armor and The Crown Tundra. Between these two new locations, you’ll find 200 more Pokémon, new legendaries to catch, new rivals, and more challenges than EVER to overcome! I’m excited for this new adventure because I haven’t played the Crown Tundra yet. As of this writing I have completed the main game, captured 360 Pokémon and played The Isle of Armor DLC! Maybe ill do another article covering The Crown Tundra once I complete it! Ill do my best and try to knock it out before Thanksgiving, definitely before Christmas!

Check out the NEW trailer below! Enjoy Manchester! See you online for some fun battles and trading!