The Gabby Dog has collected the biggest and bravest New Year’s resolutions with an eye to presenting an award — the little known but widely coveted Gabby — to the most deserving and imaginative pet with a mind toward self-improvement.

For 2016, she consulted with Asia, the immortal tabby, who fought — and to be frank, mostly lost — the Battle of the Bulge. They unanimously have chosen Willow, the homeless potbellied pig.

According to Rob Halpin, spokesman for the MSPCA, Willow is 100 pounds overweight. But despite the obvious discomfort walking and the strict diet she’s now following, she has maintained a sweet disposition and a winning attitude.

“Willow, the pig, lifts her head when you call her name,” he said, “and cozies right up to the caretakers who clean her stall, which is nestled neatly inside the aging barn at the MSPCA-Nevins Farm in Methuen, Mass.”

She spent the holidays at the farm, while she awaits a new home. And although the Nevins is not a fat farm, the staff figured out her previous owners overfed her and also kept her  indoors, which contributed to her packing on the pounds.

“Pigs generally require outdoor space with grass —“and some mud to roll around in during the summer months,” Melissa Ghareeb, the barn manager, said.

But although they can come indoors sometimes, “keeping pigs exclusively as indoor pets is never ideal as it blunts many of their natural behaviors,” she explained.

The Nevins team has been working hard to reduce her weight, so she’s a normal size again.

“The poor girl’s tummy drags on the floor of her stall when she walks,” Halpin said. “We’re confident that we’ll get some weight off her and she’ll be highly adoptable, and much more comfortable, when that happens.”

Adoptable is a key word because the Nevins staff is up to its ears in pigs, Halpin said, counting 12, which is “roughly double the number the barn staff usually cares for this time of year,” with three more on the way.

According to  Ghareeb, “we’re now constantly shuffling living arrangements for all of our animals — from horses and goats to fowl and alpacas — to make more room for our pig population.”

Weather, economics and the owners’ tendency to care for pot-belly pigs, as if they were pet dogs, all contributed to the problem, Halpin said.

“Ghareeb believes the heavy pig surrenders are a spillover from last year’s terrible winter, which spiked the cost of caring for farm animals,” he said.  “Additionally, many pigs are surrendered because their owners believed their new piglet would be as easy to care for as a dog, only to be overwhelmed as the animal grew larger and engaged in natural behaviors such as rooting in the ground with their snouts.”

Ideally, the Nevins would like to find homes for Willow and the other homeless pigs before the winter sets in and would prefer would-be adopters with some experience caring for pigs. Pigs are “relatively easy,” Ghareeb said, but it helps to have a little know-how.

They need “a warm shelter such as shed or barn for the colder months,” she added.  “Pigs are omnivores and do well on commercial pig-specific foods and should always have access to clean drinking water.”

But they’re friendly with other pigs and other pets. And they’re smart.

So, if you resolved to help animals in 2016 and you know your pigs, the MSPCA would like you to drop by the farm at 400 Broadway in Methuen, Mass., and meet your new best friend.

“Willow is lovable and social and eager for a permanent home to call her own,” Halpin said. She knows her name and comes when she’s called, he added.

As an added distinction, she’s also the recipient of the 2016 Gabby.

Have a tip or a story idea? E-mail Margo Ann Sullivan at thegabbydog@gmail.com. Follow The_Gabby_Dog on Twitter. 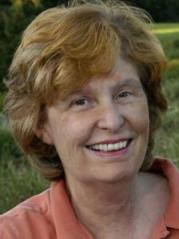