Previous post: ⇒Frank (part 1): The time I was banned from prison visit because my pants were the ‘wrong’ color

During that first year of writing to Frank, I was taking dictation from Stafford to send to his former client and I was writing my own letters to Frank.  His replies to me always began with “I trust and hope that this letter finds you in good health and spirits.  As for myself, I’m as well as one can be expected to be under the circumstances.” 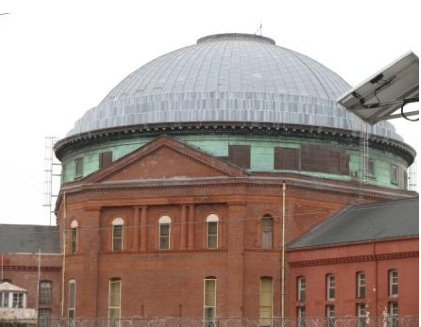 Frank remarked early on about people who worked in the prison at Rahway:  “The people who are employed by the state as social workers are worse than the guards.  At times they forget that their function is to assist the inmate population with social service problems, something they were hired to do.”

In the following letter Frank was irate about plans touted by Gov. Chris Christie to cut back on education and police funding:

“This may sound confusing to you coming from a convicted felon.  Any time old convicted felons see that the youth of today are totally out of order, and on a road to destruction, then it’s time for those who control the masses, the law makers, to rethink this thing … I just can’t understand how and why they want to get rid of the educators and the police.”

In September 2010, Frank wrote to say that the prison administrator had been replaced:

“For the last few years the federal government has been investigating the internal corruption within the state prison system.  East Jersey State seems to always be involved in some form of corruption, such as but not limited to the following:

Frank seemed pleased to hear about the role Gov. Christie had taken as state attorney general to launch the investigations into the corruption.  I think he was hopeful that there would be a fresh start to the new government.

On a personal level, Frank was anxious to get the records of his conviction because he believed the two life terms, one in Union County and one in Essex County, he was sentenced to were to be served concurrently not consecutively.  That is the terms were to be served “side-by-side” not one after the other. In October of 2010 Frank received word that he was correct.  The original transcripts were no longer available and the court reporter’s notes had been destroyed after 20 years so he would not be able to back up his argument with either of those sources.  He was to have an interview with the Senior Classification Officer to clear up the discrepancy. He would then be able to file a motion to be released, since he has already served 37 years.

That fall, I was walking in the woods and came across some beautiful fall-colored leaves which I taped into my next letter to Frank.  It didn’t occur to me that he would normally not be able to receive such a letter until he wrote this response:

When I asked him how he came to be able to quote so much of the Bible and the Koran verbatim in his letters, he explained:

“I grew up in a family of different religions.  My father’s family was of the religion of Islam and my mother’s family followed Christianity.  I can still remember when we were children and had to attend church services with grandmother on Sundays, Easter and Christmas.  I used to hate going in the Zion Holiness Church because the congregation scared me to death.  The people would jump around, shouting, crying, singing and falling out fainting on the floor.  That was a fearful experience for a young child.  The Pastor would preach about the devil and hellfire.

At that time I actually believed the devil in the flesh was the Pastor.  When I would see my grandmother pull up with my cousins in her station wagon, my knees would go weak and I would start acting out because I knew she was there to take us to that church.  It’s funny now but as a child it wasn’t funny, it was serious. On Fridays when we went to the Islamic mosque with my father’s side of the family, I didn’t experience any such feelings of fear or that the devil was in there.  I rather felt relaxed in that atmosphere.  After a while I became very curious and somewhat thirsty for the knowledge of religion.  From both sides bickering over religion that set me on my mission seeking knowledge of the truth of the Almighty Creator.”

⇒Click here to catch up with Milli Knudsen’s previous posts on her letter-writing ministry to men incarcerated for life in prison.