Several years after starting my correspondence with Eric and John, I was visiting an elderly friend at a residential facility in Peterborough. She asked about how Eric was doing, since I reported the contents of his letters to her on a regular basis. Another resident overheard us and asked if we were discussing a prisoner. When I answered “yes,” he introduced himself as Stafford and said he had been a defense attorney in New Jersey before retirement. Stafford said he had one client in all those years that he felt had been truly in the wrong place at the wrong time, and he wondered if there was a way to locate where his old client was.

I said I would be glad to check for him.

As a youth, Stafford’s client Frank had committed petty crimes in towns around Newark, along with some pals from the old neighborhood, but nothing that amounted to a felony. He eventually outgrew the lifestyle, got married, had some children and found gainful employment. One day, walking home from work, a car pulled up beside him and who should be behind the wheel but one of the old pals from the neighborhood. They chatted and the friend asked if he would like to take a ride with him. It seemed harmless enough, so Frank climbed in, expecting to be home in a couple of hours. Frank calls it the stupidest thing he ever did. It is unclear whether the friend knew what was about to happen or if, he, too, got caught up in events beyond his control, but the afternoon took a wrong turn when they picked up two other men.

The ringleader, a Jamaican Frank had never met, convinced the driver to take the four of them to an address where a NYPD officer was killed in a home invasion. All four men were convicted of the murder and received similar sentences. The Jamaican was released after “turning states’ evidence” (interesting that he was able to do that to all the others); another died in prison and Frank has no idea what happened to the third guy.

I found that Frank was currently housed at East Jersey State Prison, aka Rahway Prison. Since Stafford’s eyesight was nearly gone, I began writing letters for him to Frank and reading the return letters to Stafford as soon as Frank wrote back. Eventually, I began my own correspondence with Frank.

What an interesting man Frank turned out to be. Once he got over the initial shock of incarceration, Frank decided he wasn’t about to waste the 30-plus years he had been sentenced to, so he began to study ancient religions, seeking out every book he could find to read. Every once in a while I receive a weighty package from Frank containing upwards of 20 single-spaced pages, where he latches onto some passage in either the Koran, the Bible, the Torah or other text, and Frank painstakingly goes over every aspect of the passage, comparing it to other sources, and always asking for my response. It takes days to read and analyze, and then I feel it only fair to respond in like kind.

My husband Paul and I attempted to get Stafford to Rahway to visit Frank once. For months we tried to get Stafford on Frank’s visitor list, a prerequisite to getting a face-to-face visit set up. The website for East Jersey State is not particularly helpful; letters mailed to the warden and staff sometimes go answered for months, and phone calls do not reach the intended parties, so it is a difficult procedure. A lawyer-friend of Stafford’s from Red Bank, NJ, found out Stafford was not going to be able to use a wheelchair to gain access to the prison so our trip had to be cancelled.

When I wrote to the warden and explained that after repeated attempts to navigate their website, I was unable to reach the sections on visitation schedules and procedures, I received a reply from the warden:

It was not particularly helpful to find that the warden had access to the website, while outsiders were not able to access the information. Since I had explained the need for a wheelchair in order to enable Stafford to visit his former client, it was also not particularly helpful to be told that he was welcome to visit. There wasn’t any way to transport Stafford from the parking lot to the distant visiting center, so the visit was never made.

Paul and I have visited Frank quite a few times, and I can attest to the fact that being flexible and ambulatory is the only way to get to the visitor’s room. We usually get a “window visit,” which means we speak to Frank in a booth with a telephone, seeing Frank through thick, heavily scratched glass.

On our first visit to Rahway for a face-to-face visit with Frank, we arrived early for the time slot when he was allowed visitors. Parking is quite a distance from the check-in point, which is inside a crumbling cement-block building. You present your form of ID at a glass cage, where the officer checks to see that you are allowed to visit the prisoner. Then you wait in line until the allotted time along with 20-30 other people until you are herded through to a scanning machine and asked to remove everything from your pockets. [The wise thing is to have nothing in your pocket beside car keys and your ID.]

Then group is led outdoors to a cement corral in front of an imposing walled doorway, topped with razor wire. It was confusing to know where you are supposed to stand, so Paul asked one of the officers if we were standing in the right place. Both Paul and I were looked at like we were aliens, and suddenly the officer said, “You are not allowed to visit wearing the slacks you are wearing. It is the same color as the guards’ uniforms,” and we were escorted out to the parking lot. What?

Thinking that we would have to change our clothes, we went back to the first checkpoint and asked what we were supposed to wear to get to the visitor’s area. The man behind the glass looked at our clothes, turned to another officer and asked him who was on duty in the corral outside. Receiving an answer, he said, “If he said you have to leave, you’re not allowed back in.” I asked what colored clothes were not allowed, and received a smirk in reply. There had been nothing on the website to indicate any colors one was not allowed to wear. Since Frank had received very few visitors in all the years he had been at East Jersey State, he wouldn’t have known much about what was forbidden. And perhaps that was why he hadn’t received too many visits in the past, too.

⇒Click here to catch up with Milli Knudsen’s previous posts on life behind bars. 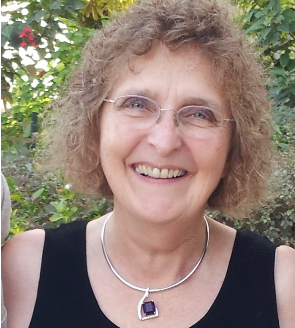