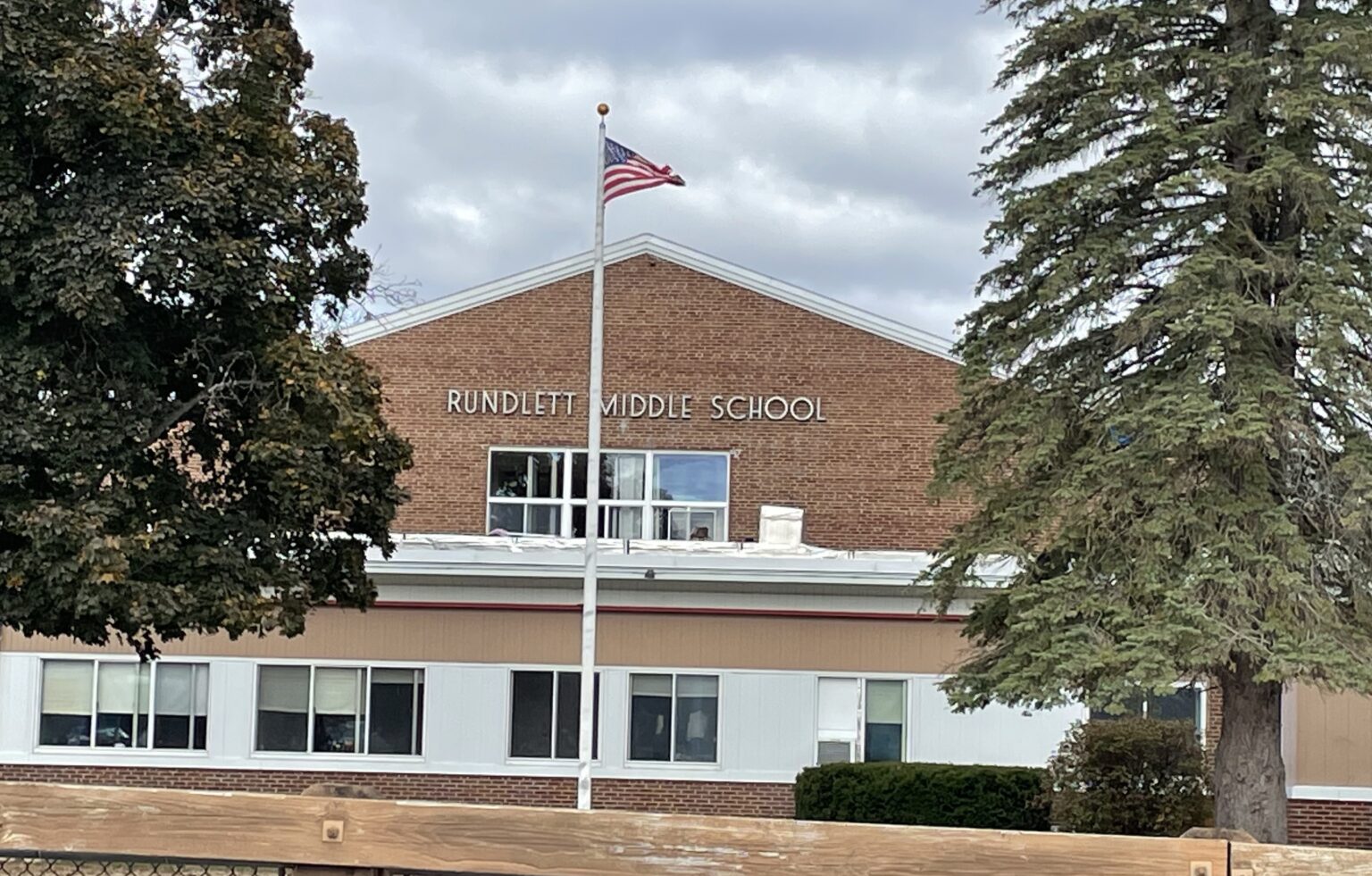 Each day, Stewart and her colleagues would issue regular medications, administering them to the kids who showed up to take them and tracking down the ones who forgot. The nurses provided check-ins for students with diabetes, monitoring blood sugar levels, counting carbohydrates, and measuring insulin.

And beyond the scheduled activities were the unexpected ones. Nurses might rush to respond to nonepileptic seizures, playground injuries, or kids falling ill. As students appeared at the nurse’s office, staff members would triage them outside the door as efficiently as possible.

To Stewart, the job is part emergency room intake specialist and part clinician – depending on who walks through the door.

But COVID-19 has scrambled that playbook.

“Now, COVID permeates everything we do,” Stewart said. “There is no simple illness, no ‘just a cold.’ We are evaluating symptoms, making clinical judgments about what symptoms fall under COVID protocols, and then calling parents, testing students, isolating, and either sending home or sending to class.”

As the new year of in-person classes has progressed, and the Delta variant has continued to spark clusters and outbreaks, school nurses are facing a taxing environment. Some say it’s leading to burnout and compounding a statewide shortage.

These days, when a student comes in with a headache or sore throat, the entire approach has changed. Rather than confirming the symptoms are viral, and handing the child a decongestant and cough drops before sending them back into class, nurses must prepare a COVID test – and keep the student as isolated as possible in the meantime.

And with the increase in appointments has come an increase in parent interactions. Those can turn contentious.

“Ninety-five percent of the parents are great, but that 5 percent that are unpleasant or make it seem like it’s the nurse’s fault that their child has to go home –  they’re getting very difficult to deal with,” said Paula MacKinnon, the president of the New Hampshire Nurses Association.

“Parents are at their limits,” she said. “There is a new level of anxiety in a parent’s voice when they answer the phone. There’s always been the parent adrenaline rush when the school calls, but calls this year definitely have more emotion and urgency on the parents’ part.”

Many of the problems stem from the clandestine nature of the virus, nurses say. Symptoms as simple as headaches or stomachaches could warrant a COVID test. But the nurses don’t want to treat everything as COVID, either; the cause could be as simple as a skipped breakfast or lack of sleep.

The stresses begin to compound with every new symptomatic student who enters the nurse’s office. Each kid takes at least 15 minutes to test, and the process requires parental consent, necessitating an exhaustive round of phone calls and voice messages.

“Some parents are really relieved you’re offering a test and some parents are just annoyed, but mostly they’re saying yes,” Stewart said. “But you’re still having to track them down. Let me tell you, people don’t empty their voicemails.”

As the testing gets underway, the waiting room begins to fill – chairs spread six feet apart – and isolation becomes a logistical challenge.

“Everything takes way, way longer, and they’re just piling up outside your door,” Stewart said.

Contacting parents has become a key component of the job. Many are happy to listen to the advice of the nurse, even when it contains bad news; some are not. The first task, though, is finding them. Until the parent can be reached and the test can be authorized, the student can’t be sent back to class. Sometimes, kids have waited for three to six hours, Stewart said.

Getting parents on the phone is in some cases only half the battle. A small minority reacts poorly to the request to authorize a COVID test.

“A lot of parents really seem to see that as an invasion of privacy. Like, ‘It’s just a cold – why are you calling?’” Stewart said. The idea that small symptoms like headaches can require COVID tests is sometimes accepted reluctantly and sometimes dismissed, she said.

Another struggle often plays out for the students stuck at home, nurses say. If a parent keeps their child home because they are sick, the school nurse has to reach out and follow up, assessing symptoms to decide if they need a COVID test. In that case, the parent must arrange the test themselves or face a mandatory 10-day quarantine.

According to MacKinnon, the backlash is statewide and is driven by the same frustrations evident at school board meetings.

“I’ve had nurses tell me that they get yelled at over the phone, they get hung up on over the phone,” MacKinnon said. “Let’s put it this way: They get the same rants that you hear at the rallies.”

Nurses face another even more vexing hurdle when dealing with parents: “evolving quarantines.” If a parent or family member in the household contracts COVID-19, most New Hampshire schools will require their child to stay home from school a minimum of 10 days, until the parent no longer has COVID. But if the parent recovers and the child tests positive, the quarantine lasts another 10 days until the child tests negative. The student can return if the infected family member can isolate or stay elsewhere.

Those motivations may sound logical once explained, but the net effect – up to 20 days quarantined – can be hard for many parents to swallow, nurses say. In some cases, the child can return to school faster if they get COVID and recover than if they wait for the household to become clear.

With so many guidelines for parents on when to keep their children home, it can be up to school secretaries and the administration to help enforce them. The secretaries use updated attendance lists to screen out children who should be at home. Superintendents and staff will help field calls from frustrated parents who may disagree with the policy.

Then comes the state immunization registry. Each school must submit its annual school immunization report to the Department of Education by Nov. 15. That requires the nurses to collect information on how many students are up to date on their vaccinations for diphtheria, tetanus, pertussis, polio, hepatitis B, measles, and chickenpox, and how many have registered religious or medical exemptions. The COVID-19 vaccine is not on that list.

The extra workload has made collecting that information an uphill battle this year. Many students had fallen behind on their shots due to the pandemic.

“The set-shifting is constant,” Stewart said. “You don’t have three minutes where the phone doesn’t ring, or someone walks in. There’s no time to complete a task. So you’re dealing with an emergent situation and the phone’s ringing, and the mom says, ‘I’m positive,’ and you need to yank that kid out of class immediately.”

The paperwork and phone calls often continue after the kids go home for the day, MacKinnon said. “It’s very challenging: Many of the nurses are working hours beyond their school contracted hours,” she said. In many districts, they’re receiving overtime, she said, but not always.

As stress levels increase, nurses, like teachers, are beginning to leave the profession at higher rates, MacKinnon said. Those who are staying are receiving advice from state epidemiologist Ben Chan and Department of Health and Human Services Education Liaison Sheryl Nielsen. The Department of Education’s position of school nurse coordinator has gone unfilled since its creation by the Legislature in 2019, according to Education Commissioner Frank Edelblut.

In an interview, Edelblut said the department has been struggling to find people to accept the role. In 2019, no one applied; in early 2020, the department faced a pandemic-driven hiring freeze. Later in 2020, after reopening the application, four people applied but ultimately none of them accepted the job.

For now, Edelblut is encouraging schools to reach out to DHHS officials for advice on quarantines and testing strategies. The Department of Education’s role is to advocate for a balance between public health measures and educational practices, he said.

“Like if all of a sudden now we’ve got symptomatic kids, and they’ve got new or unexplained symptoms, then we are in a position of having to exclude that child from the instructional environment, and that’s disruptive to education,” Edelblut said. “We’re trying to make sure that as public health is making the best public health decisions that they can, that they are also cognizant of the impact of those decisions on the instructional environment.”

But Stewart argued the end result has been a less-than-clear directive toward schools.

“The state HHS seems to be mired in politics and is giving us wishy-washy recommendations and not concrete guidance,” she said, saying the frustration has been voiced by other nurses during bimonthly Zoom calls between districts and DHHS.

As for parents taking out frustrations on nurses, Edelblut urged patience.

“It’s the same advice that I give myself every day: You have to remember when people are coming to you, even if they are concerned about something and potentially upset about something, you have to remember that they are a customer, and you just have to recognize that you don’t know all of the various circumstances that brought them to that point,” he said. “So what we do is we just try and understand what is the problem and what can we do to try and help solve that problem.”

Whatever short-term strategies school nurses use, Stewart worries they can’t head off the reality.

“I don’t believe I am the only one who gets overwhelmed to the point of tears – something that has never happened before in my 23 years as an RN but now happens several times a week,” she said. “There are going to be a lot of school nurses retiring or leaving the profession in the next year.”