PEMBROKE, NH – It’s an idyllic summer evening in the bucolic town of Pembroke, a quiet hamlet wedged between Concord and Manchester.

At an old farmhouse, now owned by Rob and Julie Azevedo—originally built in the late-19th Century and renovated to include modern amenities—friends are gathering to share company, conviviality and, more importantly, music.

It has been roughly a year since the Azevedo’s sold their home in Manchester and moved into this Pembroke farmhouse in pursuit of something more rural and tranquil, a lifestyle that Rob Azevedo—the host of the local radio program “Granite State of Mind” and an indefatigable advocate of local musicians—has accepted as part of his own learning curve. 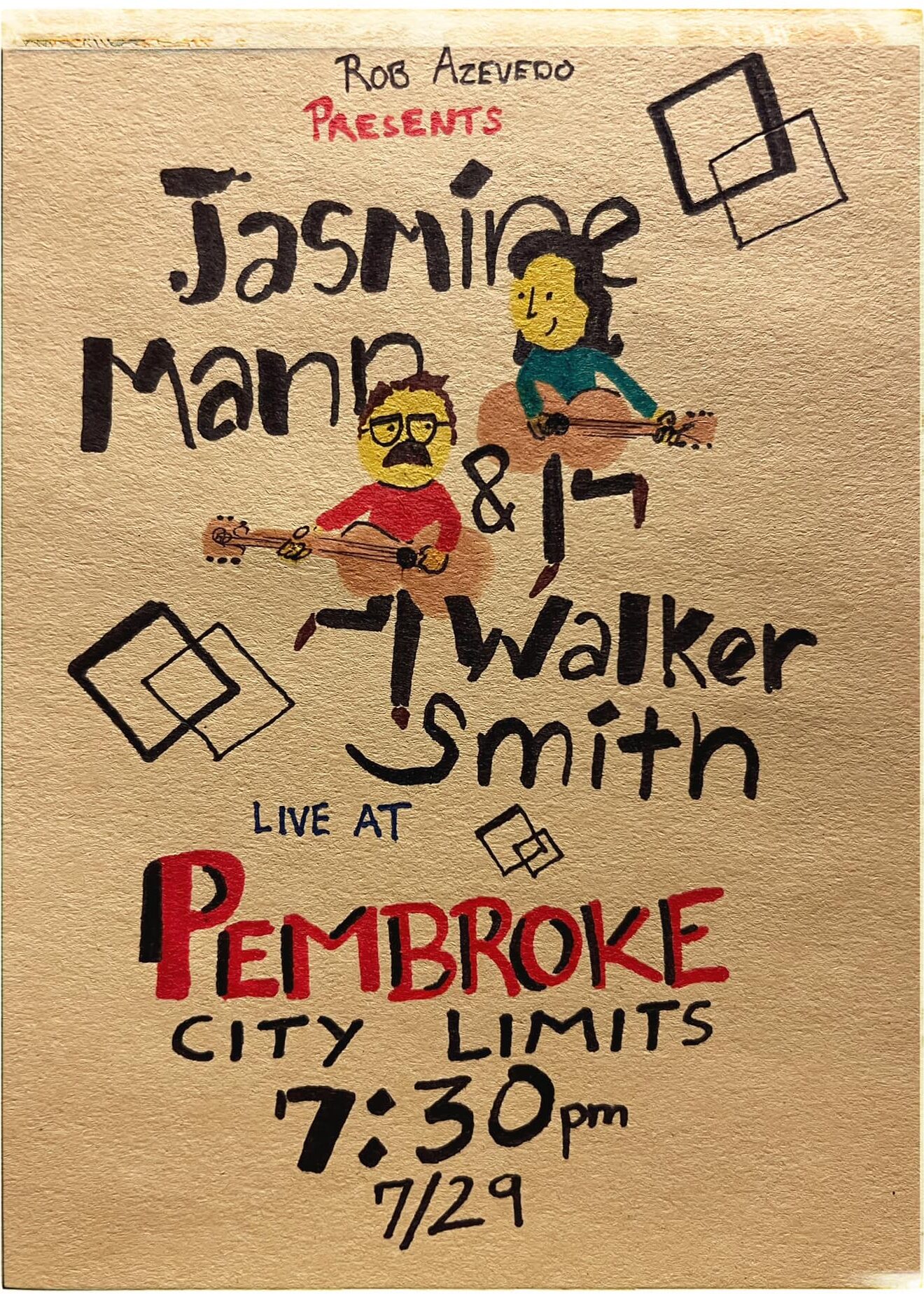 “I walked away from Manchester where I had it all, and it felt like I lost my identity,” said Azevedo. “So I decided to shift things here and spread them out.”

With a spacious barn off the main house, where the rafter beams are strewn with Christmas lights and the old wooden walls are decorated with an eclectic array of paraphernalia that Azevedo has accumulated over his years of travel, writing, filmmaking and relationships with musicians—posters of Hunter S. Thompson, portraits of Tom Waits, vintage concert and movie posters, abstract paintings from his artist friends—Azevedo conceived the idea to use the space, once relegated to housing farm tools and animals, to share art.

The concept involved transforming the space into a place where local musicians can now share their music in an intimate setting that he’s titled “Pembroke City Limits.”

“It’s about music and it’s about community,” said Azevedo. “It’s a place where people can share live music, and I get a kick out of spreading music.”

And tonight’s bill promises to be something special. The show will feature two performers who appeared as some of the first guests on his radio show “Granite State of Mind,” nearly a decade ago.

The audience, consisting of welcomed friends on a recent Friday night, is about to be gifted with the inimitable talents of musicians Jasmine Mann and Walker Smith.

Always ebullient, Azevedo is brimming with pride, hungry for the audience to enjoy the show he’s prepared.

“This allows their music to get into your heart and your soul, in this barn, in this beautiful area,” he said. “Music is a beautiful thing.”

Walker arrives first without fanfare—an affable, humble, soft-spoken man wearing dark sunglasses with a bushy mustache resembling a young John Prine, which proves consistent with Walker’s original songs that tell heart-bending stories by a real raconteur with a guitar and a message.

“The more you play, the more you become cognizant about taking things for granted, such as your soul, or playing for a paycheck,” said Smith, who works a day-job at a cannabis dispensary in Maine. “Then there are places like this, and it’s good for your soul. There is value to that which isn’t monetary.”

Mann arrives next wearing a flowing Stevie Nicks-esque black dress, and she possesses a similar gypsy/mystic-vibe, an indelible spirituality. And she’s here to perform something more sublime.

“Is it great to get paid? Sure. But for me, it runs deeper than that,” Mann said. “It’s an energy exchange. I’m giving myself to the audience, and the audience is taking it in. It’s my soul and my vulnerability.”

Both performers have been in semi-hiatuses of late, not due to stagnation, rather reasons more existential.

For Mann, after riding a wave of success—which included a nomination for Singer/Songwriter of the Year, a song featured on 92.5 The River in Boston, and an Award for “Golden Pipes” in the Granite State of Mind Awards in 2020—the pandemic gave her time to reflect and re-evaluate.

“I decided that maybe I was done with music,” Mann said. “Everything became about the next thing. It was as if the universe was telling me that this isn’t what it is all about.”

Smith, meanwhile, channeled his creative energies through different mediums, letting his songs marinate as he explored other avenues. “I learned to let my creativity into other outlets, such as drawing and painting. It has to come out, but it felt limiting to filter it through a single outlet,” he said. “I just like to create, and I don’t want to put rules or boundaries on it.”

The show begins, and Smith plays a smooth, soulful set—a natural storyteller that keeps the crowd captivated with melodic vocals, intelligent lyrics and an innate sense of empathy and control.

Mann then follows with a mix of originals and covers—including Led Zeppelin’s “Going to California,” an acoustic cover of “Billie Jean,” and a version of Leonard Cohen’s (with a verse from the late-Jeff Buckley’s 1994 masterpiece “Grace”) “Hallelujah” that left everyone in the barn counting goose-bumps.

After a short break, Mann and Smith return to perform a duet of “Angel of Montgomery” that even Bonnie Raitt and the late-John Prine would honor with a ceremonial hat-tip.

And for those people in The Azevedo’s barn, privy to something truly special, the sharing of two unselfish souls, a communion and a connection…

You can’t put a price on it.

“The warmth and nostalgia coming into the barn, hit me like a ton of bricks,” said Smith. “It felt like coming home.”