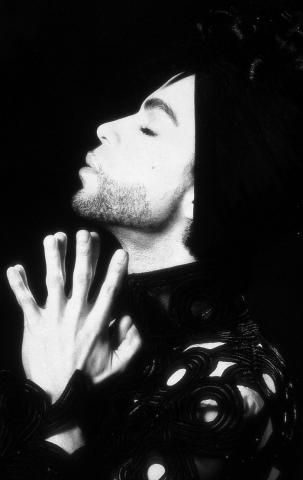 We instinctively know when we are in the presence of greatness. It’s hard to believe that April 21, marked the fifth-year anniversary of the passing of Prince. When the subject of Prince comes up, I always ask if the opposite party had the chance to see him in concert, and if they answer no, I apologize. I apologize because they missed one of the most electrifying artists of the era.

Everything people who have witnessed Prince’s performance say he was, he truly was. I had the privilege of experiencing Prince the last time he was in Boston. Backed by one of the tightest bands, rivaling that of James Brown, he set the air on fire. The energy he brought to the stage was palpable, dense enough to be sliced with a knife, but that would be expected, after all it was Prince.

“Probably the greatest musician I’ve ever seen live on stage. There was nothing he couldn’t do he was a showman, a great writer, incredible singer, guitarist and we all knelt at his feet because if you are a real musician you know quality when you see it and he had so much quality and charisma…” – Elton John

Here is a man 5-foot-3, with an aura massive enough to send shockwaves through the 19,000 plus capacity Fleet Center (at the time). Someone so powerful that their inner light consistently sparked millions of other inner lights. Who, when the concert was over, had the audience depart almost silently, in reverence for the magnitude of what they just shared.

A good measure of his iconic status came from his nonconformity. From his hundred-percent Italian silk, imported Egyptian Lace wardrobe to his blatant refusal of being labeled as a singular genre, to his custom heels, which were never a hindrance of his signature splits, spins and high-energy footwork.

If you are unsure of where you stand on his legacy, simply watch, in awe, his incendiary and unrehearsed 2004  Rock’n’Roll Hall of Fame induction performance (above – which is the new director’s cut featuring MORE PRINCE CLOSEUPS) or, arguably the best Superbowl Halftime Show, in 2007 where Prince performs, poetically, in the rain. So, if you wonder why some people still get emotional when they talk about Prince, it’s because there are no words to fully describe, especially being magnetized to his energetic current, in experiencing him live, and afterword, all that’s left is emotion. If you didn’t get to see Prince in concert, I truly am sorry. For those of us who did, humbly consider yourself one of the fortunate.