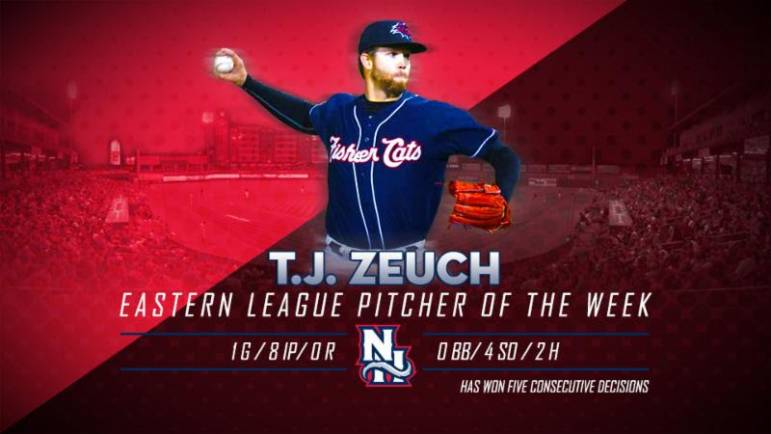 Pronounced “zoik”, the 22-year-old came to Manchester early in May, struggling during his first three starts.

Zeuch finally found his groove on May 23 in Reading and has been dominant since, winning his last six decisions and going at least seven innings in five of those wins, narrowly missing a seven-inning performance against Hartford on May 28.

Against Bowie and Akron during the past week, Zeuch allowed just two earned runs in 15 innings of work, giving up just six hits and three walks, narrowly missing a shutout against Akron.

Hailing from Mason, Ohio, Zeuch is the highest MLB draft pick in University of Pittsburgh history, giving up 24 earned runs in 69 2/3rd innings for the Panthers in 2016.