Sure, all the rain was good for local gardens wilting from the heat, but it wrecked havoc with the ability to play baseball in the Queen City.

Fortunately, the Portland Sea Dogs/Future Red Sox were in town this week and the Fisher Cats play them approximately ten thousand times every season, so the postponed games didn’t need to be completely cancelled as they would have had to been if the series was against a less common opponent.

When it came to the baseball that was actually played, the Fisher Cats saw mixed results. In the first full series after the loss of Gabriel Moreno to a thumb injury, the New Hampshire catching platoon of Chris Bec and Rodrigo Vigil managed one hit over the five games that were played.

Off the field, there was plenty of news impacting the team – highlighted by Austin Martin’s selection to the Major League Futures Game and Simeon Woods Richardson’s expected selection to the U.S. Olympic Team as they head to Japan later this month. 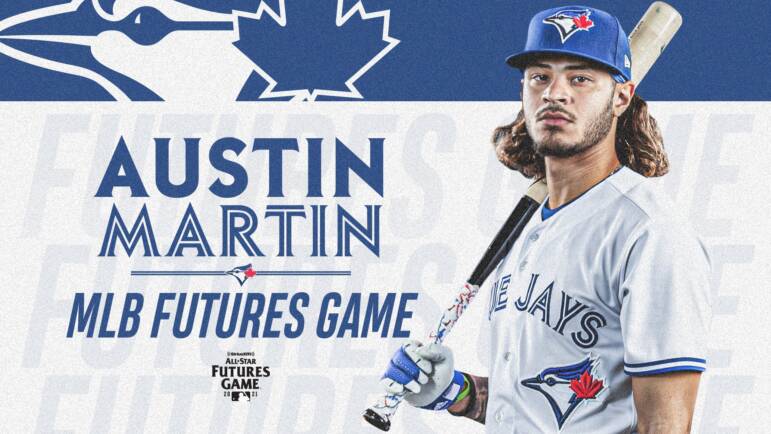 Woods Richardson has allowed 21 earned runs in 35 2/3 innings, although 12 of those runs have come in his last two appearances.

“Both of them deserve everything they’ve earned given what they’ve done in the league,” said New Hampshire Fisher Cats Manager Cesar Martin. “With Austin in his first year in pro ball, it’s a cool thing to watch. I feel really happy for him. I think it will be good opportunity.”

The team also saw the departure of Andrew McInvale, one of piece of the Joe Panik/Adam Cimber trade between the Blue Jays and Marlins on June 29.

During his time in New Hampshire, McInvale was one of the most reliable relievers this season in what had been a shaky Fisher Cats bullpen. In 13 appearances for the Fisher Cats in 2021, he posted a 2.18 ERA with a 2-2 record, giving up 12 hits and 13 walks against 28 strikeouts.

“It’s something that happens every year, it’s been tough for us since he was one of the best in the bullpen and helped us late in the game,” said Martin. But it was good opportunity to help the organization and it’s a good opportunity for him too. He’ll compete wherever he goes.”

This week also marked the announcement that the Double-A Northeast, formerly known as the Eastern League, will have playoffs this season after doubt whether that would happen.

At the Double-A, High-A and Low-A levels, the top two teams in each league will compete in a best-of-5 series, beginning Tuesday, Sept. 21. The Triple-A regular season was extended to Oct. 3, and champions will be crowned based off their overall records. The Florida and Arizona complex leagues will not have playoffs.

Coming into Sunday’s action, Somerset and Erie would vie for the Double-A Northeast crown, with New Hampshire eight games behind Erie for that second spot. Even if New Hampshire can get a hot streak and jump over the five teams ahead of them, Martin says it’s not a big deal.

“We’ll continue to go one game at a time. It’s something we don’t need to worry about right now, we’ll think about it at the end of the season. But it’s a good thing to have and look forward to,” said Martin. “It’s not quite what it was in the past.”

The two teams from each league will be determined by best full-season winning percentage, regardless of division. Tiebreakers will be based upon head-to-head record, followed by the best winning percentage over the last 20 games, 21 games and so on.

#1. Otto Lopez: Lopez had three multi-hit games and two doubles en route to a .400 batting average this week against the Sea Dogs.

#2. Chavez Young: Young missed some time due to injury in early June, but he did well this week, grabbing a hit in each of the four games he took part in, also adding four RBI and two doubles.

#3. Maximo Castillo: The Venezuelan righthander isn’t the Fisher Cats’ ace, but he’s certainly been putting in a solid stretch as of late, punctuated by his six two-hit innings against Portland on Saturday.

The Fisher Cats now travel to upstate New York for a series against the Binghamton Rumble Ponies. Binghamton just split their series in Virginia against the Richmond Flying Squirrels, taking the first three games of the series and dropping the last three games.