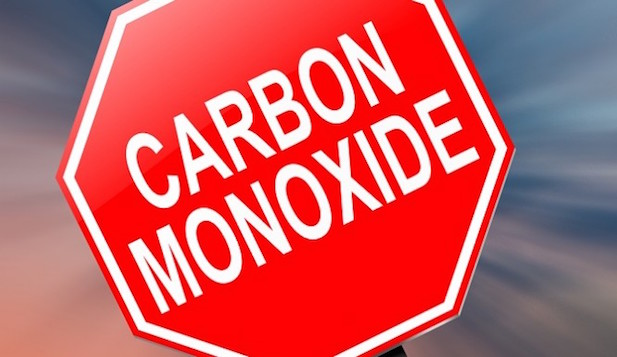 MANCHESTER, NH – Fire crews responded to 343 Blucher St. (Valley West Way Condos) at 12:45 a.m. on April 17 following a 911 call regarding a carbon monoxide alarm. The following is the Manchester Fire Department report on the incident:

Residents of 343 Blucher St. awoke to their carbon monoxide alarm sounding just before 1 a.m.. They called 911 and evacuated their home along with their dog. Fire crews arrived and entered the residence with air packs on to provide respiratory protection. Fire crews discovered CO levels above 400 ppm in the condo. After the source of the CO was discovered in the lower level, fire crews mitigated the source and then proceeded to evacuate the five adjacent units. These adjacent units were also showing elevated levels of CO. All units were mechanically ventilated and returned to safe levels before the residents were allowed return to their units.

The occupants of 343 Blucher St. were extremely fortunate that they had a working carbon monoxide detector. They more than likely would have perished along with their dog had they spent the entire evening and into the morning sleeping in the environment in their home. CO detectors should be placed on every living level of your home.

Carbon monoxide is an odorless, colorless gas, which can cause sudden illness and death. Statistics indicate that 20,000 to 30,000 people are treated for CO exposure annually throughout the country. Approximately 500 fatalities occur annually due to CO exposure.