It’s no secret that we, the people of New Hampshire, love to drink. We rank 9th in the country for breweries per capita, having doubled our number of craft breweries since 2014. With so many options to choose from, how do you know where to go? What do you drink when you get there? Who are these people making your beer? We’ve set out to find these answers for you, the hard way – one beer at a time. Featuring one location every week, we’ll provide you with a guide to all your friendly neighborhood brewers.

So relax, crack open a cold one, and welcome to the Fellowship of the Hops.

Walking into Candia Road Brewing Company, the first thing you’ll find is an eclectic mix of homebrew supplies – sacks of grain arranged on shelves and mason jars of hops preserved in refrigerators. Depending on the day, you may notice Steve Neel, cofounder, hand-bottling their latest batch in the corner.

You’ll see Steve’s son, Tom, working the brew operation or idling behind their small wooden bar, passing out samples to customers as classic rock plays softly in the background. And you’ll notice the constant influx of their own humble homebrew collective; people milling about, picking up supplies, or brandishing large jugs of fermenting liquid, seeking guidance on their own brew experiments.

This is the home of Nepenthe Ales: A cornerstone of the Manchester homebrewing community.

The enterprise had its beginnings almost 30 years ago, when Steve, his brother John, and his brother-in-law Joe Titone opened Candia Road Convenience. It was – and still is – a local beer market and homebrew supply store. Though business was good, they had their sights set on expansion.

“It’s a family enterprise,” says Tom. “They all had this great idea: We have a beer store and it would be awesome to have our own label up on the shelf.” 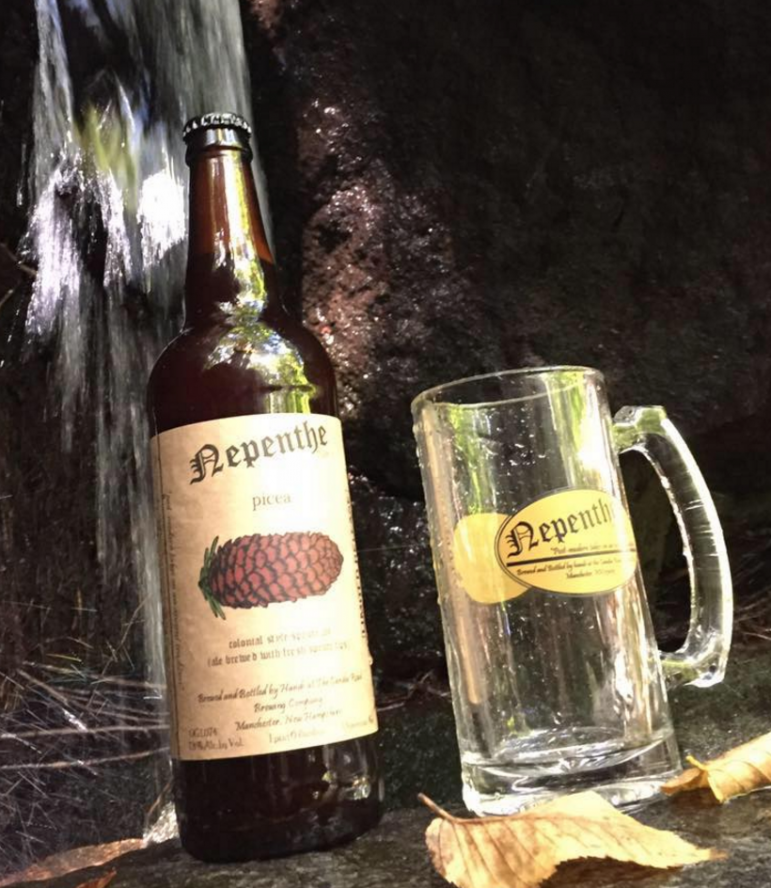 “Dark and cloudy look with a reddish, rust-like color. Light foam, almost none at all. Smells of bright, aromatic malts.

Enters the palate with a strong malty sensation. The spruce tips accent the malts and linger on the tip of the tongue and roof of the mouth. Goes down as malty as it went in, leaving a light pine note and a neutral, refreshed mouth-feel.

Best enjoyed outside in the late fall or early winter, surrounded by bare branches whose turned leaves are still visible beneath patches of muddy snow on the ground.”

So in 2011, the partners formulated a plan to enter the brewing market. They owned a rental property right next door to their shop – why not turn it into a brewery?

Though things seemed good at first, they quickly ran into trouble: their head brewer, an associate they’d met through the convenience store, pulled out of the operation before producing a single batch of beer.

Not ready to call it quits, Steve says he and Joe, who is “pretty mechanically inclined,” figured out which equipment and materials to obtain on their own. That still left them with one problem: Who would make the beer?

But Tom’s confidence would not be deterred by a lack of practical experience. “All I have to do is read,” he told his father.

“I’d just finished school, and I was here painting the walls, and there wasn’t really much [equipment], and I was just looking at it like, what the hell does this thing do?” says Tom. “And then it just kind of seemed neat, you know – I think this is something I could do.”

Harnessing his degree in an unexpected fashion, Tom started researching. “It’s like anything else, you find all the literature you can and you just devour it,” says Tom. 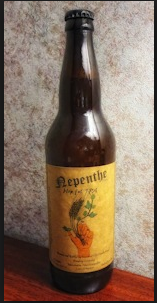 “Pours cloudy and light-colored, burnt orange, with a medium-thick foam. It is an unfiltered brew lending itself to a light sediment. Mild, floral aroma.

Upon first taste it is refreshing, with a light citrus complexion. Notes of orange or clementine, though an overall mild flavoring. The foam is ever-present, delivering the hops from the first touch of the lips to the back of the throat. Hops lace the tip of the quick drinker’s tongue while the more inclined to savor will experience a malty after taste. A refreshing, non-abrasive IPA that’s neither too tart nor too bitter.”

Today, Tom has helped bring Candia Road Brewing a long way. He says he brewed his first batch of beer on a hot plate in the back of the shop – now they have five fermenters, and produce just  under 500 barrels a year.

Tom is modest about the brewery’s success. He says his research was not confined to literary studies; he also has his customers to thank.

“Almost everything I’ve learned, I’ve learned from people coming here. There’s a lot of guys and girls coming in here who’ve been doing this a lot longer than I have, and are a lot better at it than I am. They’re just good resources and I think that’s a huge advantage,” says Tom.

Tom celebrates the diversity of craft brewers who frequent his shop, and is still surprised at the way America’s new favorite pastime – beer, that is – brings people together.

“Customers who had no idea who each other were run into each other here all the time, and then they become friends,” says Tom. “They end up brewing together on a Saturday and sharing recipes with one another and asking, ‘what do you think about the whole 2:1 sulfate-to-chloride ratio for New England IPAs?’ and stuff like that.” 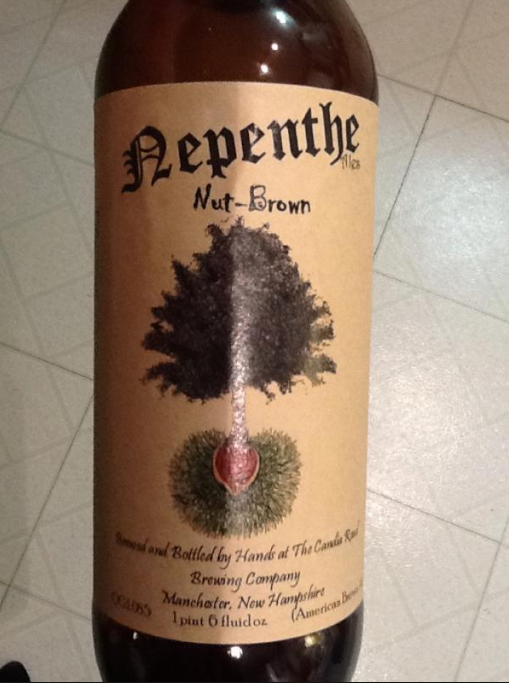 Tastes of strong, dark malts intertwined with molasses. Nutty notes play along the palate. The tartness of dark chocolate laces and puckers the drinker’s cheeks, but the overall mouthfeel is one of molasses and malt. Indeed, malts are the dominating factor in the swallow, smoothly coating the back of the throat. A lingering nutty aftertaste reminiscent of walnut hangs around, but almost as an afterthought. Bitter elements can hang onto the soft tissues but are overall subdued by dark malts – which are the dominant factor here, and all other players are supporting roles to their main performance.”

According to Tom, the most popular beer coming out of Candia Road Brewing is their Hop-ful IPA, though his own personal favorite changes depending on the day.

His choice for their “most unique” beer is Picea Colonial Style Spruce Ale, which is very loosely based on an old Ben Franklin recipe. He says it’s even gained its own “cult following” as a limited release, due to the narrow two-week window for collecting the spruce tips used to give it a piney flavor.

Not one of his own creations, Tom’s personal favorite at the moment is Rothaus Pils – he’s a self-described “sucker” for traditional German lager.

As for the future, Tom’s plans are straightforward. “I’m gonna make beer for the rest of my life,” he says, adding that he never thought he’d find himself here.

The Fellowship of the Hops is comprised of Bill Robidoux and Eli Maroney, two local reporters here at Manchester Ink Link.

If you have a favorite NH brewery you’d like featured, give us a shout at nhbrewtour@gmail.com.