MANCHESTER, NH — James Chamberlain, a devout Christian who receives medical care at the Manchester Veterans Affair Medical Center, filed a federal lawsuit Tuesday in U.S. District Court in Concord (see below) to force the Department of Veterans Affairs to remove a Catholic Bible from public display in the facility. The Bible is part of the Prisoner of War/Missing in Action “Missing Man” table situated in the foyer of the main entrance of the VAMC. The lawsuit claims that displaying the Bible on federal property violates the Establishment Clause of the U.S. Constitution that mandates the separation of church and state.

In January, 14 users of the Manchester VAMC complained to the Military Religious Freedom Foundation about the placement of the Bible on the POW/MIA “Missing Man” table. A veteran who served as a pilot in the U.S. Air Force, Chamberlain also objected after the Bible was returned to the table, and decided to sue. He has declined to talk to the press, according to MRFF President Michael Weinstein.

During lunch hour on May 7, the MRFF staged a protest in the air space over the VAMC, which is located on high ground in Manchester’s east side. Veterans and staff entering and exiting the facility’s two exits who looked up to the sky saw a prop plane towing a banner stating VAMC – HONOR ALL POWER/MIA – REMOVE BIBLE.

The airplane towed the banner across the skies above the VAMC many times. The plane was small and had to take wide turns to make its passes over the VAMC campus. When it got over the building, its message was clear, though not always clearly understood.

A couple of veterans standing in the parking lot, smoking cigarettes, didn’t understand the significance of the plane, or the banner. One vet, after being told it was protesting the public display of the Bible, said “Ridiculous.”  Other observers had no comment at all, or looked amused. Some didn’t look up at all.

One veteran who did go on the record was Oscar Coast, a 24-year veteran of the Army, Army Reserve and National Guard, who was angered by the lawsuit. Oscar said that the term “separation of church and state” never appeared in the United States Constitution.

Coast called the lawsuit a “frivolous attempt to take away the rights of people of faith.” He said that the Constitution “didn’t say that people of faith could not use their faith in public office. In fact, Jefferson was the person who put Bibles in the schools in the first place, and that is documented.”

When asked for his thoughts about non-Christians being offended by the Bible display, Oscar replied, “This country was founded on the Bible of Jesus Christ – the Gospel of Jesus Christ. It was put in the schools by Thomas Jefferson. Our Founding Fathers said you couldn’t call yourself an American if you subvert the word of God.”

In Coast’s opinion, “I believe that the Bible should stay right where it’s at, at the Manchester VA hospital. I stand by the Bible being on that table for the Missing Man.  It should not be removed.  Period.

Controversy over a “WWII Artifact”

The Bible is not the small “G.I. Bible” issued to military personnel, but a large-size Catholic Standard edition containing the New Testament. Similarly sized Bibles available on the Internet weight between six and nine pounds.

The Bible was removed from the Missing Man display after the MRFF contacted the Manchester VAMC in January. The following month, it was put in a display case near the Missing Man table, in what appeared to be an attempt at compromise while the issue was worked out. At that time, the VAMC described the Bible as a “World War Two artifact.”

According to Bob Jones, a veteran who is part of the Northeast POW/MIA network that created the Missing Man display, the Bible was carried by 95 year-old veteran Herk Steinberger into combat during World War II. Jones also claims that Bible was with him when he spent 18 months in a prisoner of war camp, and that the veteran took the Bible with him during his escape. It is now secured in a Plexiglas box with a prominent lock on it, with the name “HERK” engraved into the plastic. The reason given for the locked box was the need to protect the Bible.

Apparently, any attempt at compromise is over. Department of Veterans Affairs Press Secretary Curt Cashour denounced he lawsuit “as nothing more than an attempt to force VA into censoring a show of respect for America’s POW/MIA community.”

The Trump Administration has been vocal about its support for religious liberty.

The Veteran Administration’s official press statement was defiant. “Make no mistake: VA will not be bullied on this issue.”

When asked for comment, MRFF President Michael Weinstein also was also defiant. He sent a quote from a 1984 speech by President Ronald Reagan:

We were founded as a nation of openness to people of all beliefs. And so we must remain. Our very unity has been strengthened by our pluralism. We establish no religion in this country, we command no worship, we mandate no belief, nor will we ever. Church and state are and must remain separate. All are free to believe or not believe, all are free to practice a faith or not…” – RONALD REAGAN (public speech, Valley Stream, New York, October 26, 1984)

The sectarian Christian Bible BOLTED down to the POW/MIA table at the Manchester NH VAMC was a grotesque gang sign of fundamentalist Christian triumphalism, exceptionalism and supremacy, indeed a middle finger of unconstitutional repugnance to the plurality and separation of church and state guaranteed in the U.S. constitution. As a State Actor the VA cannot elevate one faith over another or no faith. The VA is wretchedly disrespecting millions of American veterans by doing so.

His statement concluded, “We look forward to aggressively prosecuting our case in federal court.”

In its current term, the Supreme Court is considering a similar case involving a public display of Christian symbolism. In American Legion v. American Humanist Association, the High Court will decide the constitutionality of the Bladensburg Peace Cross, a publicly supported Latin cross symbolizing those military service members who lost their lives in World War I.

According to court observers following the oral arguments, a majority of the Supremes appeared ready to rule that the 40-foot cross in Bladensburg, Maryland is constitutional, which would be a significant development in Establishment Clause jurisprudence. Oral arguments were held in February, the same month the Manchester VAMC Bible controversy reached its first climax.

At the heart of the objection of non-Christian veterans to the use of Christian symbolism at public war memorials is their belief that the resurrection and eternal life represented by the Gospel of Jesus Christ in the New Testament is not available to non-Christians who do not convert. Displays that have passed constitutional muster typically have existed for a significant length of time and have been counterbalanced with artifacts symbolizing other faiths. The 40-foot Latin Cross was built between 1919 and 1925. It towers over other memorials and dominates the area, which some citizens found objectionable. So, they sued.

The nonprofit Jewish War Veterans of the United States  filed an amicus brief in American Legion v. American Humanist Association, asking that the Bladensburg Peace Cross be ruled as violating the Constitution’s Establishment clause, as it privileges one religion over another. When the American Legion built a memorial to the World War One dead from Prince Georges County, Maryland, it chose the Latin Cross to mimic the graves of World War One soldiers. The memorial ignored the Star of David that was sculpted into grave stones for Jewish military personnel who died in World War One. According to the brief:

A war memorial is the means by which society commemorates those who made the ultimate sacrifice for their country. The message of salvation through Christ is of course of the deepest significance to the adherents of that faith who died for this country. But it does not commemorate or honor the sacrifice of Jewish soldiers who, with equal devotion, gave their lives to the country.

The brief cited and used language from a case decided in the last term, as an example of the Court upholding the separation of Church and State. “[T]he clearest command of the Establishment Clause is that one religious denomination cannot be officially preferred over another.” Trump v. Hawaii, 138 S. Ct. 2392, 2417 (2018).

The brief states, “A government undertakes few tasks more solemn than honoring its war dead. And when the memorial takes the form of a religious symbol of an afterlife available only Christians, the government favors one faith over others in a profound way.”

The U.S. Department of Veterans Affairs has taken a stand in Manchester, drawing a line in the sand in New Hampshire, the host of the First-in-the-Nation Presidential Primary. Members of the Manchester VAMC community, Granite State veterans and the public at large are bound to hear a great deal more about this case. The Supreme Court might be called on to hear about it, too, as the country continues to struggle with defining itself, an ongoing process that began with the Founding Fathers. 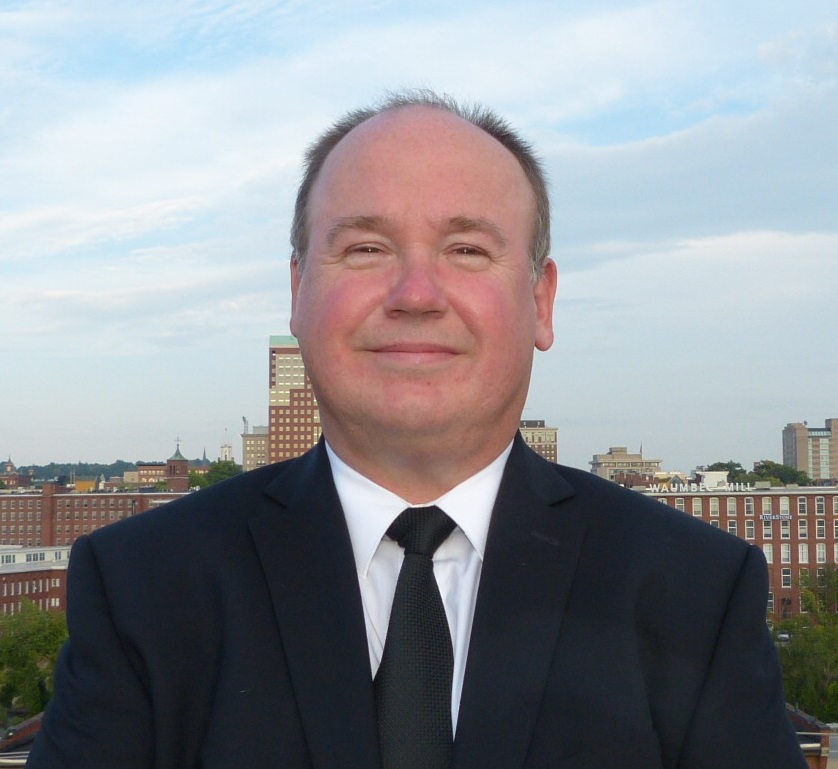 Jon Hopwood is a freelance writer from Manchester.