“They are, in effect, still trapped in a history which they do not understand; and until they understand it, they cannot be released from it.” —James Baldwin from “The Fire Next Time” 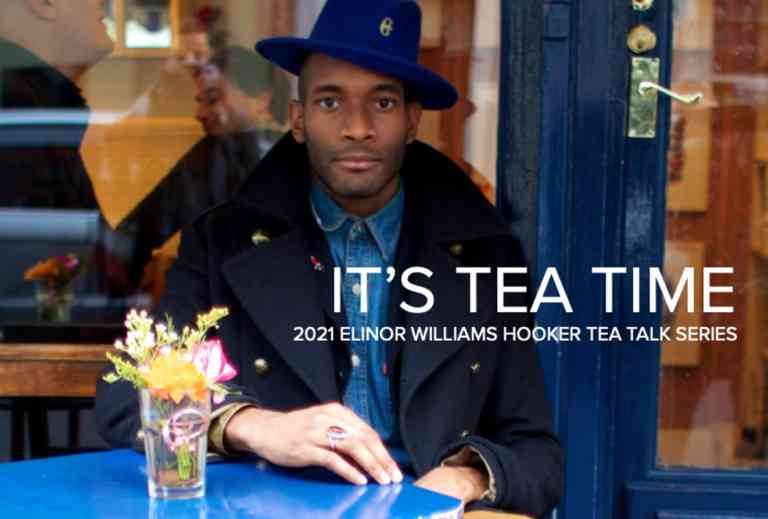 America has a long and troubled history of segregated public spaces. When Amy Cooper called the police on Christian Cooper (no relation) in Central Park last year, the incident underscored a familiar script that continues America’s legacy of enslavement. Some whites perceive African Americans who venture into public spaces as dangerous and disruptive intruders. All it took was a white woman to spout a racist dog whistle and the park, a public space, was made unsafe for a Black man.

The 2021 Tea Talk Series, as a way to rethink our assumptions about race and place, explores how African Americans navigate various “white spaces”, spaces where Blacks and People of Color are marginalized, typically absent, and unexpected. Through shared stories and dialogue this series will present ideas and offer opportunities for understanding and reconciliation.

The winter Tea Talk series, presented by the Black Heritage Trail of New Hampshire (BHTNH) and sponsored in part by a grant from New Hampshire Humanities, is a series of participatory lectures related to New Hampshire’s Black history and African American culture.

These events are free and open to the public.

All talks are Sunday afternoons from 2 – 4 p.m.

Registration for each talk is required.

This panel will investigate the contributing factors to this enormous land loss including discriminatory practices, such as the denial of USDA loans. and slow handling of civil rights complaints. Presenters will also share the innovative ways Black New England Farmers are reclaiming the land and sowing the seeds of health and empowerment.

Writing While Black: The Afrofuturistic Writer

In recent years, there has been an uptick, if not an actual surge, of works by science fiction writers of color, a literary genre where Black voices and characters have been historically absent. For writers of color the distinction between science fiction and fantasy, two imaginative genres is often blurred. Why? Because access to the scientific knowledge from which science fiction often is derived has been denied to people of the African diaspora for much of history. And the classification of what is and is not scientific is frequently a matter of dispute and Eurocentric. This panel will explore Black writers and characters in a genre where they have not been expected to excel.

Race & Care of the Soul

Until the murder of George Floyd by a Minneapolis police officer in 2020, few questioned the brutal hand of racism as orchestrated through police forces, our legal system, schools, workplaces and other institutions. The ensuing mass protests across the U.S. forced us to see the actual consequences of racism in a new light.

In a conversation with author Thomas Moore, participants will explore the effect of racism on our collective and individual Soul. Basing his writing on the ancient model of “care of the soul”—which provided a religious context for viewing the events of everyday life—Moore examines the connections between spirituality and the problems of individuals. He offers a therapeutic lifestyle that focuses on sacredness in ordinary things. Now, more than ever, we need to pause―intentionally―and encounter the Divine

It Happened In New Hampshire: Black History in the Granite State

The first enslaved African arrived in New Hampshire in 1645. There’s a long, rich Black history in the Granite State. Colonial New Hampshire newspapers testify to the state’s slave trade, runaways, abolitionists, and anti-abolitionist activities, followed by conflicting opinions about the Civil War. In the 20th century, the legacy of that early history was reflected in news about de facto segregation in housing and public places.

For this panel, you will hear the story of Black Revolutionary War soldier Jude Hall of Exeter and first-hand stories about the Civil Rights Movement in New Hampshire including the Reverse Freedom rides of 1962 to our state.

The Power of Place: Martha’s Vineyard and the Growth of the Black Elite

For Black Americans traveling in the era of segregation presented serious dangers from hotels and restaurants that refused to accommodate them to hostile “sundown towns,” where posted signs warned people of color that they were banned after nightfall. Out of necessity, Black travelers would flock to towns like Oak Bluffs where they would be welcomed. Initially established by freed slaves who sought shelter there after slavery was abolished. Then, in the 1930s and 1940s, as African Americans in urban centers like New York, Washington, D.C. and Boston began to establish themselves as part of the middle and upper-middle class, they flocked to the East Coast shoreline in summer to take in the beach and the bonfires.

For this conversation, panelists will share the history and personal stories of the growth of the Black Elite on the Vineyard and how this upwardly mobile Black community recast the borders of white spaces.

On Shaky Ground: Students of Color in Predominantly White Institutions

For many students of color, being in an environment in which most of the people are different from themselves is a challenging experience. Students of color who are not able to feel connected to and a part of the university may feel alienated, inadequate, and depressed. Many experience pressure to adopt the values, beliefs, and attitudes of the dominant white culture while simultaneously feeling pressure to abandon their own culture.

Hear from a group of young New Hampshire students as they identify some of the social pressures they experience while attending a white educational institution, and ways in which they navigate campus environments to achieve self-realization and achieve academic success while creating a sense of belonging 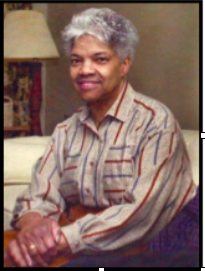 Elinor Williams Hooker (July 10, 1933 -January 27, 2012), a longtime New Hampshire resident and community activist, was born July 10, 1933, in Pittsburgh, PA, daughter of the late Dr. Ulysses Williams and Louise G. Williams. The family’s Pittsburgh home was near Wylie Avenue an active community of black businesses, jazz music and churches, a location that would shape her lifelong interest in multicultural activities.

Mrs. Hooker was a graduate of Ohio Wesleyan University where she majored in French and English. She taught English in Junior and Senior High Schools in Pittsburgh and Harrisburg, PA, Brockton and Quincy, MA and Concord, NH and served as a tutor in the English as a Second Language Program at Nashua’s Pennichuck Junior High.

Elinor was the wife of Thomas L. Hooker, who served from 1966 to 1974 as Director of the New Hampshire Division of Welfare.