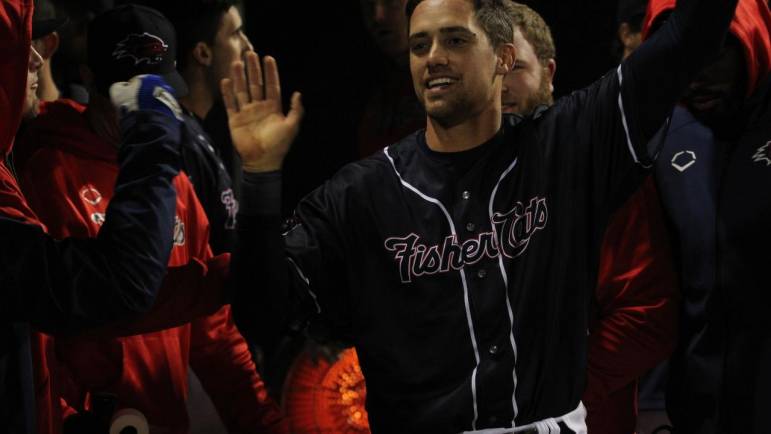 MANCHESTER, N.H. – The New Hampshire Fisher Cats did not make the most of their chances on Saturday night, falling 12-4 to the Hartford Yard Goats.

New Hampshire stranded ten men on base, squandering a 14-hit performance, which is tied for their best figure so far this season.

Instead, it was the visitors capitalizing on chances, highlighted by pair of home runs by Colton Welker as well as additional Yard Goat runs from Brian Serven and Bret Boswell.

Hartford had six runs by the end of the third, more than enough for the victory on what was a dreary night in the Queen City.

Every Yard Goat batter ended with at least one hit, with Welker and Willie Abreu ending with three.

Seven Hartford batters had at least one RBI, as Welker, Serven and Ryan Metzler recorded multiple RBI on the night. Welker, Abreu and Scott Burcham also ended with doubles, and Abreu grabbed his first triple of the year.

Seven of the nine Fisher Cat batters had hits as well, with Santiago Espinal and Nash Knight leading the way with three each. Knight also added his first home run of the year in the fifth inning and also added a double in the loss.

Patrick Murphy (0-3) left after a just 2 2/3 inning start, giving up five earned runs off seven hits and a walk, striking out two.

Jack Wynkoop (1-3) was the winner, lasting five innings and giving up two runs off seven hits and a walk, striking out three. The win was the first for Wynkoop in seven starts against the Fisher Cats since 2017.

New Hampshire has the day off on Sunday, returning at 6:35 p.m. on Monday to face the Trenton Thunder.